Why We’re Staying in Education 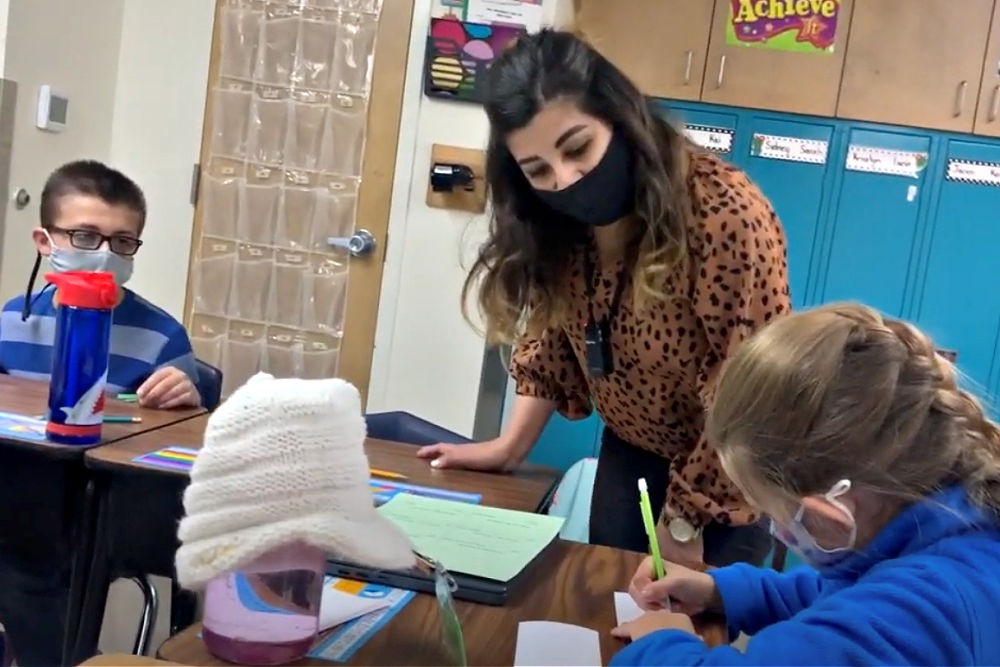 There’s no doubt: The pandemic has tested educators’ resolve, patience and limits. According to a January 2022 poll, 55 percent of teachers are considering leaving the profession earlier than planned, with even higher rates among Black and Latino educators. Between remote and hybrid instruction, staff shortages due to illness and concern for students’ academic and emotional well-being, many teachers have reached their breaking point.

But the pandemic has also caused many educators to reaffirm their commitment to their profession. In a recent Zoom meeting and on social media, Milken Educators talked about why they’re staying in education. Without exception, it came down to people—students, families and colleagues.

If you’re an educator in need of inspiration and motivation right now, take a few minutes to listen to why Milken Educators are staying. We hope their “why” will help you rediscover yours.

The pandemic threw a wrench into Ben’s robotics program, which traditionally relies heavily on in-person collaboration and connects Sunrise Mountain students with their counterparts from other Nevada schools. Remote instruction was challenging, but Ben and his colleagues were determined to do whatever they could to keep students learning. “We’re always there for them,” says Ben. “Now that we’re back in person, my students are so thankful to be able to work on projects together and see others in the robotics community.”

Ben knows he is steering students towards life-changing experiences. Thanks to Ben’s robotics program, one student got a job at Tesla right out of high school. Despite the interruptions in instruction and the stress COVID-19 had put on Sunrise Mountain families, “we were able to help something good come out of the pandemic,” says Ben. “Students come back and tell us that remote college classes have been hard, but they’re sticking with it. I don’t need any more motivation than that.”

Nardi was in her 24th year of teaching when the pandemic shuttered school buildings and virtual instruction began. The transition was hard, and she contemplated retiring. But when she asked herself whether she could actually give up teaching, she realized there was no way: “I had to make it work.” She figured out how to lead virtual science experiments and, later, used a Swivl Robot camera to optimize her hybrid classroom. A teammate reminded her that these hurdles wouldn’t last forever: “You can do anything for a year.”

To remind herself why she’s staying in the classroom, Nardi watches her Milken Award notification video and makes a point of avoiding social media groups for teachers where negative comments dominate. Her biggest motivation: notes from students, which she keeps in a box and pulls out when she needs a pick-me-up. “I have the opportunity to profoundly impact the lives of my students,” she says. “I’m doing what I’m meant to be doing. I’m meant to continue lighting their fires.” 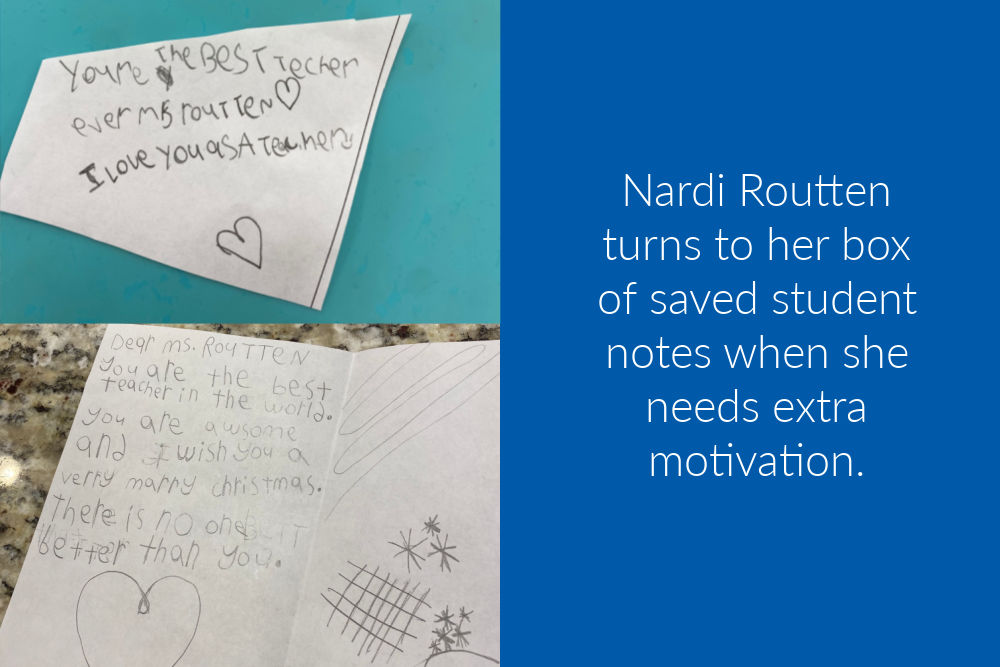 Every year, Jane invites guests into her classroom to share stories with her young students during Read Across America, a national celebration of reading. She was determined not to let the pandemic disrupt that annual tradition. She turned to a special group: her former students, many of whom she hears from often.

One participant, now in his forties, was a student in the very first class Jane taught. “At his master’s graduation, he told me that I was the reason he was obsessed with going to school,” says Jane, now in her 35th year of teaching. “I told him in third grade that he was a good writer, and he believed it.” Another former student read onscreen sitting next to another of Jane’s former students: the girl’s mother, now an attorney.

Jane’s ongoing relationships with her students keep her going. Sebastian, an artist, read to Jane’s class as he sat outside in the gardens of the Huntington Library in San Marino. Students held their drawings up to their laptop cameras to share their artwork with him. Jane has attended Sebastian’s exhibits and has one of his paintings hanging in her living room. “I see his work every day and am reminded of how wonderful it is to watch kids grow and know that you are part of their lives forever,” she says. “Kids come back and tell me that school was the only place where they felt happy. I’m reminded every single day that what I do makes a difference.”

This is Sarah’s 47th year in education, with the past decade as an instructional coach. Recently, she found the journal she kept in 1968, her second full year teaching middle school English. She laughed at the funny stories and comments she’d recorded and cringed at her inexperience. But on the third read, reliving the weekly “experiment in self-governance” she created—what today might be called project-based learning—she finally saw the seeds of the educator she ended up becoming.

“Teaching calls for persistence and sacrifice,” Sarah says. “But the stress, the anxiety, the heartbreak when you realize what happens to some students outside school—they’re all outweighed by the rewards. The challenge. The satisfaction of getting things right. And, most of all, the love.” 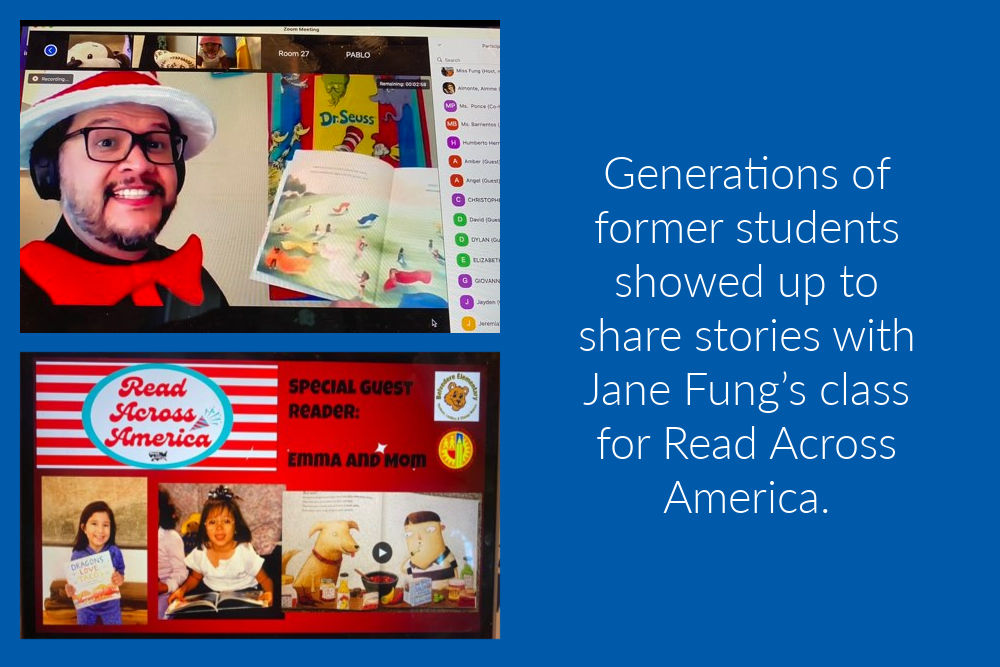 Meghan and her staff take pains to celebrate every victory. A recent win: Every teacher at Tryon Elementary met or exceeded growth expectations on assessments. “The assessments didn’t count for state measures, but we were able to do this during a pandemic—we’re doing something right,” says Meghan.

Seeing her teachers putting students’ needs first reminds Meghan why she’s an educator. At a burial for a family member of a student, Meghan spotted a first-year Tryon teacher sitting next to the child throughout the service. “He came back to school and said, ‘I’m going to be OK—I love this place,’” says Meghan. “I can’t imagine what he’s been through. His family suffered great loss. But this brand-new teacher has been with him through the whole thing. She reminds me that even when life gets busy and school is hectic, he knows that someone loves him.”

For Hailey, her long-term impact on students stays top of mind. A decade ago, one of her kindergarten students lost his father. Hailey held the little boy at the funeral and shared with the family the tradition she has for marking the date of her mother’s death. “Every year,” she says, “they send me pictures from their balloon launch—10 years later!”

Hailey may leave the classroom, but she’s absolutely staying in education. “There’s so much more work to be done,” she says. “More students to inspire. More teachers to impact, motivate, advocate for.” Hailey plans to move into administration to provide the leadership and mentoring she is grateful to have received: “We have the potential to impact others’ futures, and that’s a precious gift.”

At nearly 75 years old and in his 54th year as an educator, Mike says he has no plans to stop working. Though he retired in 2013, he still serves as an interim principal throughout the state and teaches college classes. “I still believe in kids,” he says. “I believe in teachers. I believe in the process of learning.” Rigor, relevance, reflection, and relationships: Those are the tenets that support Mike’s work.

P.S. Mike helped reaffirm educators’ purposes right in the Zoom room. Linda Sarver (MO ’03) had been thinking it was time to step back. After hearing Mike talk about his continued commitment to teaching, she realized she wasn’t done either: “You’ve convinced me to keep going!” 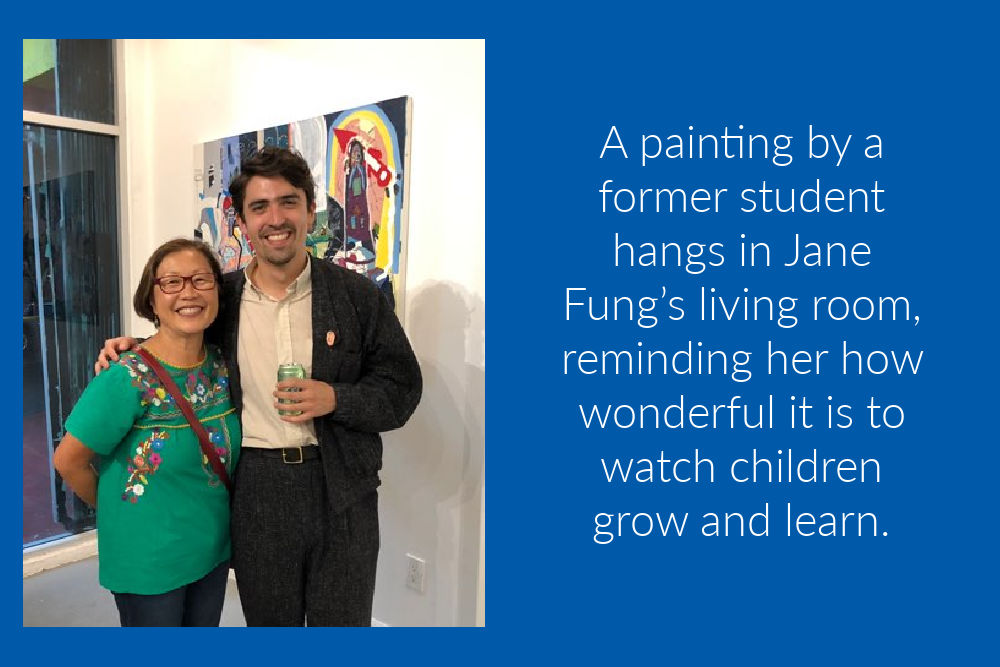 While Wade wishes the pandemic were making more large-scale lasting changes in the education ecosystem, he focuses on tangible victories. One morning, he wished a student happy birthday. The boy’s family hadn’t mentioned it, and the student had no idea that day was his birthday, says Wade. “I’m still here because every kid deserves somebody who knows when their birthday is. I think about giant missed opportunities, and then I think about kids like him. Teachers who care are going to make a difference for him. We sow seeds for harvests unseen.”

It’s Silvia’s first year outside her classroom, and she has questioned her “why” during the transition. But a recent interaction with a former student put things in perspective and reminded her that coaching colleagues is another way to make a difference for students. “He came into my office and said, ‘I get math now!’ because I helped his teacher understand his learning style,” says Silvia. “I may not have my own classroom, but I’m still making an impact.”

Last year, during hybrid teaching, Liz felt disconnected. Half of Marple Newtown’s students were learning at home and “I was teaching to a screen of black boxes,” she says. On the last day of school, a student Liz didn’t recognize brought her a beautiful handwritten card with a message about what an impact Liz had made on her throughout the year. “I thought the card was for someone else, but it turned out this young woman had been in my biology class all year,” says Liz. “Without knowing what she looked like, I felt like I had no connection—but whatever I was doing, it worked.”

Now that students are back in the building, Liz is hyper-focused on being present with them, reading their emotions and assessing their understanding: “I want to take things to a better level for them.”

As leader of the Milken Educator Network, Jane knows very well the impact teachers have on students. She thinks often about Mr. Dystrup, the high school government teacher who pushed her to excel by giving the always-conscientious student a C on her first assignment. “He knew I could do so much more,” Jane says. “After that, I worked harder. Mr. Dystrup sparked a drive for excellence in me. I think about him all the time. He changed the trajectory of my education, career and life.”

Jane reminds Milken Educators that talking about their “why” inspires everyone around them. “We were called to education,” she says. “We spend our lives helping others succeed. By sharing our motivations, we’re helping each other help ourselves.”

"[In fifth grade] I decided that I didn't have a 'math brain.'  And, no surprise, I found math more difficult from that point on. Once I became a teacher and began to learn about growth versus fixed mindset, I realized how much I had developed a fixed mindset when it came to math. After I began to teach fourth grade, I saw how important it was for students who found school easy to be challenged so that they wouldn't give up when faced with difficult things. I also realized how important it was for students to develop an understanding about how powerful and flexible our brains are." — Spotlight interview 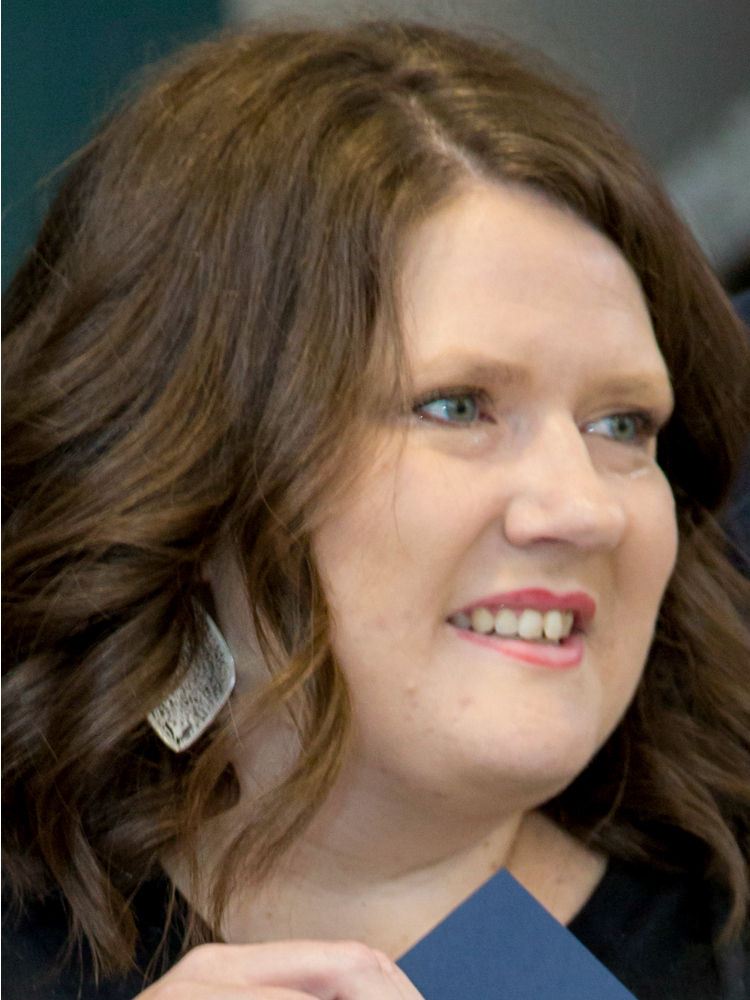