Project-Based Learning: A Journey of Discovery 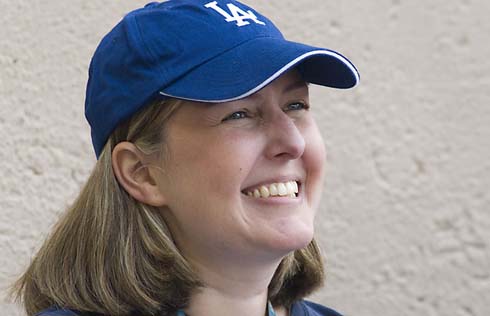 When I received the Milken Educator Award in 2008, I had the pleasure of sitting next to Norm Conard, Executive Director of the Lowell Milken Center in Fort Scott, Kansas. During dinner, I learned of the Irena Sendler Project and the Life in a Jar movie, which was premiering on national television the following evening. I was awestruck by what Norm and his students had accomplished, inspired by the students and their commitment to their project, and motivated by the degree of authentic, meaningful learning that was possible using this type of learning. Little did I know that two years later, I would be in Fort Scott learning the magic of project-based learning from this extraordinary educator.

When students ask questions that are meaningful and relevant to their lives and then have the freedom to explore and research answers to their questions, their learning is real and deep.

I received a fellowship to the Lowell Milken Center in the summer of 2010 and spent a week learning about project-based learning in the context of unsung heroes in history, "role models whose generous acts of compassion, strength, selflessness, perseverance and, frequently, sacrifice make a profound and positive difference on the course of history” (LMC website). The benefits of project-based learning are endless. These projects cross disciplines and integrate academic and interpersonal skills that students need to function in the 21st century. Students engage in authentic, purposeful learning while researching their unsung hero and share their projects using websites, exhibits, documentaries, and performances.

I left Fort Scott inspired, rejuvenated, and eager to work with my own fourth-grade students on an unsung hero project. Wanting to incorporate the fourth-grade standards of California History, we decided to research the Japanese American experience during WWII. And, we found a true unsung hero — Ralph Lazo.

Ralph Lazo was a high-school student at Belmont High in Los Angeles during WWII. A 17-year old of Hispanic and Irish descent, he voluntarily entered the Manzanar Relocation Center as a means of protesting the internment of the Japanese and Japanese Americans — many of whom were his friends. Ralph lived at Manzanar for over two years. While there, he did his best to lift the spirits of his friends and fellow internees. Ralph was elected class president and graduated from Manzanar High School. He only left when he was drafted into the U.S. Army. My students were thrilled to learn that they had so much in common with Ralph — They went to school in the same school district and lived less than a mile from Ralph's home in downtown Los Angeles.

The Ralph Lazo project gave me the opportunity to see firsthand the educational benefits of project-based learning. As a result, I have begun to incorporate many of the inquiry-based techniques into other curricular areas, including economics, and science. When students ask questions that are meaningful and relevant to their lives and then have the freedom to explore and research answers to their questions, their learning is real and deep. I find that students are highly motivated when they have choices and can direct their own learning. The Ralph Lazo project has also prompted my colleagues and me to engage in discussions related to effective instruction and specifically, project-based learning. There is actually a great deal of professional literature on the topic, and we are finding it very engaging to learn together about the many types of project-based learning and the various ways it can be incorporated into the classroom.

After extensively researching Ralph Lazo in the classroom, the students and I visited the research center at the Japanese American National Museum in Los Angeles. Here we were able to view old newspaper articles about Ralph and a yearbook from Manzanar. Students also had the opportunity to interview Frank Kikuchi, who knew Ralph while at Manzanar. Mr. Kikuchi shared first-hand knowledge of the time period, the Manzanar Relocation Camp, and Ralph Lazo. The experience was invaluable, and the students were extremely touched by Mr. Kikuchi's willingness to share his life experiences with us. As we were walking out of the research center, one of my students asked me if she could give Mr. Kikuchi a hug. I told her that she should probably ask since we had only known him a short while (two hours). She immediately yelled out, "Mr. Kikuchi! I just really feel like I need to give you a hug!" Seeing him turn around, tears in his eyes, and then watching this young, Hispanic girl bear hug this elderly Japanese man is an image that will stay with me always. In the end, we all hugged Mr. Kikuchi.

After our visit with Mr. Kikuchi, the students were insistent that we visit the Manzanar National Historic Site. This place took on new meaning now that we knew people who had been interned there. On the Monday of spring break, we set out on the four-hour drive to Manzanar. The students had heard all about it. They had read and seen pictures. But being there was something completely different. The wind was intense, and hearing their young voices discussing what it must have been like for Ralph and Mr. Kikuchi caused me to pause. I was seeing the power of project-based learning right in front of me. No one asked them to consider what it might have been like. No one asked them to reflect on this historical period. They were doing it because it was meaningful to them. I was amazed by these young people all day. They asked incredible questions, persevered despite the wind, and even conducted a moment of silence at the site of the Manzanar Memorial. I was in awe of their compassion, empathy and attempts to understand how something like this could have happened.

My students used all they learned from their research, interviews and field trips to write and perform a play in order to share the Ralph Lazo story with others. On June 21, 2011, the students culminated a year's worth of work by performing their play for peers, parents, teachers, our district superintendent, Milken Foundation employees and the man who started me on this journey, Mr. Lowell Milken, himself. Creative Services from the Milken Foundation came to film the event, and I cannot tell you how special my students felt. They were excited to be interviewed and to receive praise and positive attention for what they had done. But more than anything, they felt that all of their hard work had paid off. They had accomplished their goal — Ralph Lazo was unsung no more!

“We have an opportunity as teachers to make learning meaningful for every child. One positive learning experience can unlock a cycle of learning where opportunities are endless.” 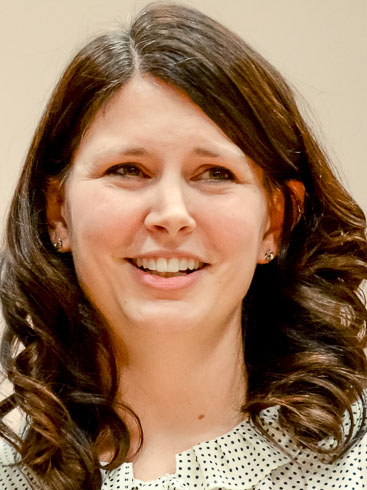