WATCH AND SHARE: We caught up with Shirley Rosenkranz (CA '87), one of our very first Milken Educators. Thirty years later, she's finally spending her $25,000 Award. What she's doing with it will bring tears to your eyes. Click the image above to watch the video, then share it using the arrow in the top right corner of the video player window.

We're looking forward to gathering with the 2016-17 Milken Educators at our upcoming Forum in March. Meantime, we're still adding to the family, with new Award recipients this week in Colorado, Arizona and Indiana. Keep reading to meet them. 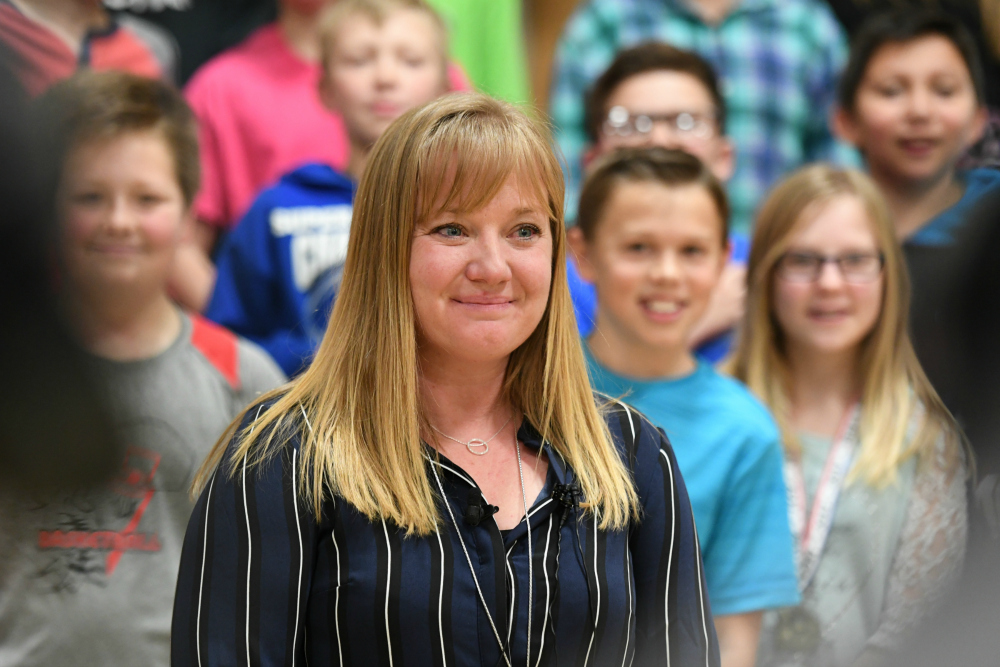 Math teacher Felicia Casto (CO '16), who received the Award last Monday at Rim Rock Elementary in Fruita, was absolutely shocked when Lowell Milken called her name. And that's just the way we like it! We take the surprise element of our Milken Educator Awards notifications very seriously. Which is why, when the office of U.S. Senator Cory Gardner tried to get us to share the recipient's name ahead of time so they could prepare a special proclamation for her, we wouldn't budge. Regional Director Betsy Bair told us that not even the senator's top security clearance and role on the Foreign Relations Committee could convince us to share the tightly-held secret.

Our elaborately planned notifications aim to inspire students to consider education as a career. "I think it's important to build the entire pipeline of our education profession," said Dr. Katy Anthes, Colorado's commissioner of education, at Felicia's assembly. "These kids will see that we honor and revere our teachers...and then they grow into our next generation of educators." 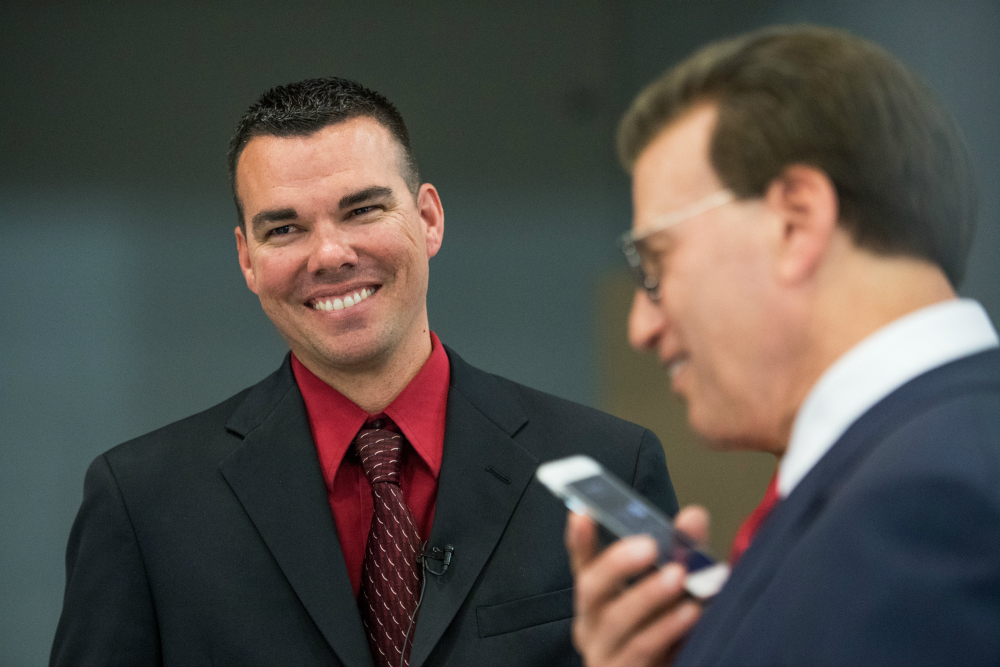 "Do you know how difficult it is to keep a secret from a principal?" That's the first question Lowell Milken asked Principal Timothy Thomas (AZ '16) at Wednesday's surprise notification at Rogers Ranch School in Laveen. Tim, who was entirely shocked and moved to tears when Lowell called his name as Arizona's 2016-17 Milken Educator Award recipient, had no idea that he had essentially planned his own party. After the assembly Tim called his wife, a second-grade teacher at a nearby school, to share the good news. Lowell took the phone to tell her about the $25,000 cash prize, which Tim can use however he chooses: "We know you make sacrifices when you go into education." 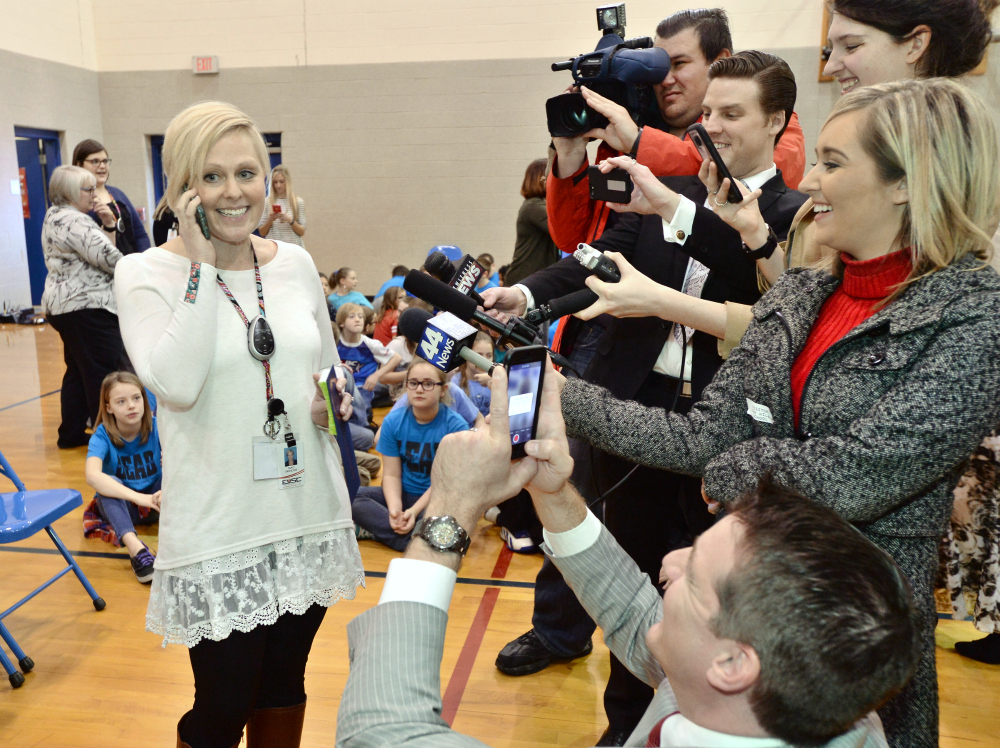 Much to her surprise, third-grade teacher Traci Druschke (IN '16) joined Indiana's Milken Educator family yesterday at Oak Hill Elementary in Evansville. Her daughter Blake, a kindergartener at the school, was so excited for her mom that she rushed the podium and grabbed Traci for a huge hug just as veteran Milken Educators Chris Kates (IN '08) and Cathlin Gray (IN '98) unfurled the oversized check bearing Traci's name. Later, a reporter asked little Blake what she thought her mom might do with the money. "Starbucks," replied Blake, not missing a beat. Traci must be a big coffee fan, because her students told another TV station the same thing!