Back to School, Back in Time 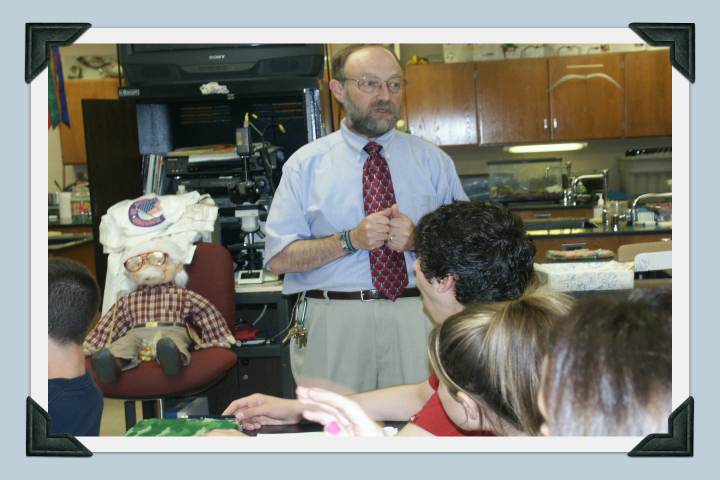 Summer is drawing to a close, and schools all over the country are opening their doors for the new school year. No one loves the freshly scrubbed potential of "back to school" time more than Milken Educators — but for those Milken Educators who work at schools they once attended, back to school also means a trip down memory lane.

Science specialist Natasha Cooke-Nieves (NY ‘10) walks into Midwood High School in Brooklyn, New York, a few times a month to meet with student teachers she’s training for Earth Science certification. How does it feel to walk through the halls of her alma mater as an educator? "It’s a good kind of weirdness," says Cooke-Nieves. "It’s the same culture. There are still bake sales in the lobby raising money for the football team. My old cheerleading coach is still there. And my cheerleading picture is still hanging on the wall — I had to show it to my students."

For Melissa Noack (ME '05), who attended Yarmouth Schools in Yarmouth, Maine, and has taught visual art at Yarmouth High School for 17 years, teaching in her hometown is a family affair. Her two daughters are entering their senior and sophomore years at Yarmouth High; her nephew graduated in June.

My Teacher, My Colleague

Biology teacher Rich Benz (OH ‘92) graduated from Wickliffe High school in Wickliffe, Ohio, in 1969, went back as a teacher in 1973, and didn’t leave until he retired 34 years later in 2007. "I was a Blue Devil through and through," he says. Benz's old biology teacher had left, so Benz stepped into his old classroom, and many of the teachers he had as a student were now his colleagues. Was it awkward teaching alongside his former teachers? He admits he found it tough at first to call his new colleagues by their first names, but "they figured things were just carrying on," Benz says.

Patty McGee (NJ ‘02), who attended Norwood Public School in Norwood, New Jersey, from 1978-1986, found it similarly awkward to call her former teachers by their first names when she joined the school as a fourth-grade teacher in 1995. One of her colleagues gave her some kind advice: "If you want to be taken seriously here, you need to call us by our first names." 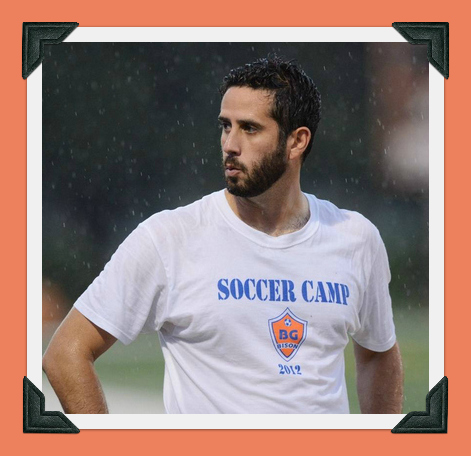 In 1994, Ana Higuera (CA ‘09) graduated from Lynwood High School in Lynwood, California; she went back as a history teacher in 1998 and is currently an assistant principal at the school. "During my first few years of teaching, my high school English teacher was still there," Higuera recalls. "I was very intimidated by her as a student and equally intimidated as her colleague. I was never able to call her by her first name, right up until she retired."

Tim Farmer (MA ‘03), who attended Lubec Grammar School in Lubec, Maine, in the mid-1970s and taught seventh grade there a decade later, had the opposite problem: His students kept calling him "Tim" instead of "Mr. Farmer." Farmer's younger sister was in the same grade (although, fortunately, not in Farmer's class), and Farmer was teaching many of her friends.

Brad Abel (IL '11) doesn't teach at Buffalo Grove High School, his alma mater in Buffalo Grove, Illinois, but he is the soccer coach — and the person who hired him was his freshman year algebra teacher. To bring things full circle, Abel brought one of his own former coaches back to talk to his team last year. (Abel teaches at another school nearby.)

"Their Jaws Would Drop"

Teaching in your hometown means navigating a wonderfully tangled web of relationships. Benz taught one of his younger cousins, as well as numerous brothers, sisters, children, and even grandchildren of his former classmates. "At Open House I'd be talking to the parents about all the years I'd been teaching, and when they said they'd gone to the school I asked 'Who'd you have?'" Benz says. "And they'd say 'Well...I had you.' It was hard to remember everyone through the different generations."

McGee, who was living at home with her parents when she first started teaching in Norwood, remembers how shocked her students were to see her out and about in the community. "They would see me out for a run and their jaws would drop," she says. "It was very funny for them. At nine years old you don't expect to see your teacher anywhere but at school."

Benz still lives near his old school and runs into former students all the time. A few years ago he was at a local restaurant; when it was time to get the check, his waitress told him his bill had been paid and pointed to a table in the back. A former student Benz hadn't seen since high school had paid for Benz's dinner as a belated thank-you. 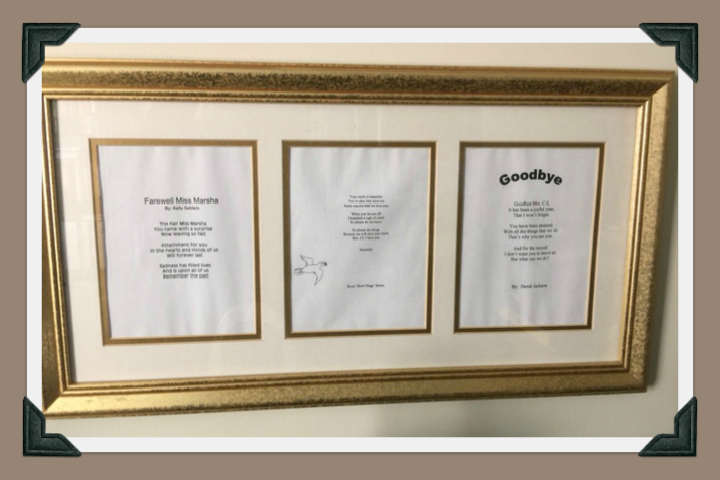 When Marsha Carr-Lambert (MD '94) left the school where she was a student, teacher and administrator, students whose parents she had also taught wrote her poems

Sometimes being part of the community means having to deliver tough news to longtime acquaintances. Higuera, who oversees counseling for Lynwood High, is in charge of clearing seniors for graduation. This year, "I had to tell one of my former classmates that her daughter would not be graduating," she says. Luckily, the student was able to catch up quickly and earned her diploma over the summer.

But Milken Educators who teach in their hometowns say that being part of the local community has tremendous benefits. Marsha Carr-Lambert (MD '94), who was a student, taught, served in administration, and is now the superintendent in the Union Educational Complex in Mount Storm, West Virginia, says she loved having the children of her former students in her school. "I could tell them stories about their parents and what they were like as students, and they loved that," Carr-Lambert says. "It made for a great instant connection. Our community doesn’t like outsiders. From day one, I was trusted because I was one of them." This instant kinship and respect, says Carr-Lambert, allowed her to enact necessary changes to the school's culture much more quickly than another administrator coming from outside the district might have been able to do.

McGee says that more than anything, teaching in her hometown gave her a wonderful sense of having come full circle. "When I came back as an adult, the teacher who taught me to read and write in first grade was now my principal," she says. "And the girl who learned to read and write at this school was now a new teacher."

"To teachers who aren’t yet comfortable engaging with students about social justice, here’s my advice: Let them talk. Open the floor and listen without judgment. Let them disclose what they’re feeling and thinking. Be the facilitator. You don’t know what you’re going to hear, but let them speak their truth." — How to Talk to Students About Social Justice 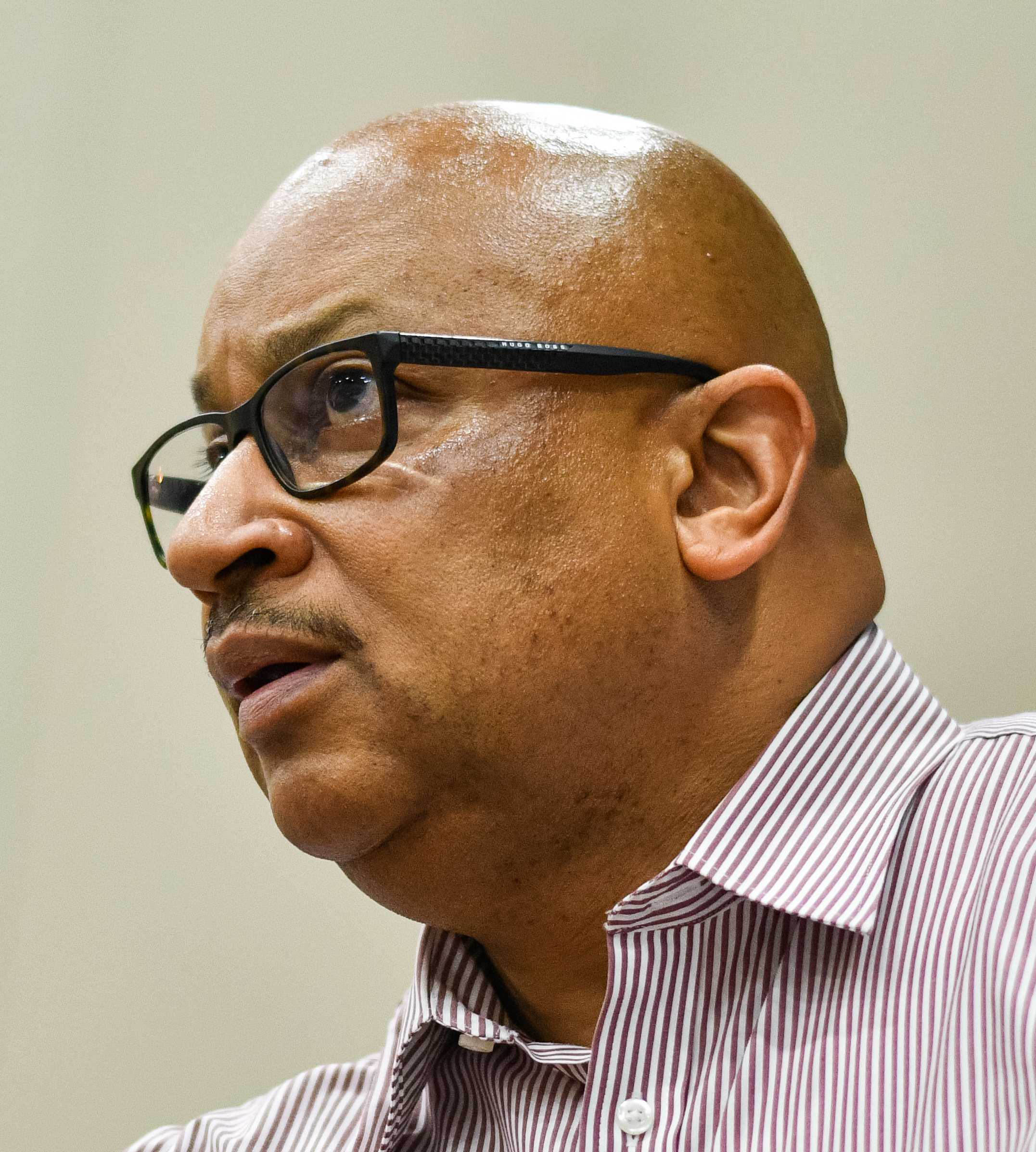