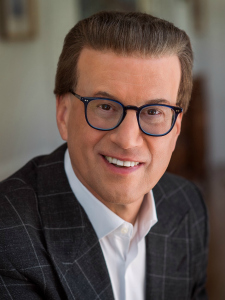 Since 1982, Lowell Milken has led the Milken Family Foundation (MFF) as chairman, guided by a core principle that “education is at the heart of nearly everything we value as individuals, as citizens and as productive human beings.” Forty years of education research, policy and practices have followed, complemented by firsthand visits to thousands of classrooms and the creation of major national initiatives. Lowell’s historic efforts were recognized by the Education Commission of the States with the 2017 James Bryant Conant Award for significant individual contributions to American education; the following initiatives among them.

The Lowell Milken Family Foundation (LMFF) is dedicated to strengthening communities through innovation and education.

Recognition for Lowell's groundbreaking achievements includes awards from the National Association of State Boards of Education, Horace Mann League, National Association of Secondary School Principals, Jewish Theological Seminary, Education Commission of the States, Kappa Delta Pi international honor society in the field of education, and UCLA School of Law Alumnus of the Year for Public Service. Chapman University and Hebrew Union College have each presented him with an honorary Doctor of Humane Letters.

Named by Worth magazine as one of America's most generous philanthropists, Lowell is also an international businessman who chairs National Realty Trust and London-based Heron International, a worldwide leader in property development. Lowell’s global experience informs his strategic vision for the high-caliber educational opportunities vital to equip future generations to compete on the world stage and to secure America’s heritage as a democracy.