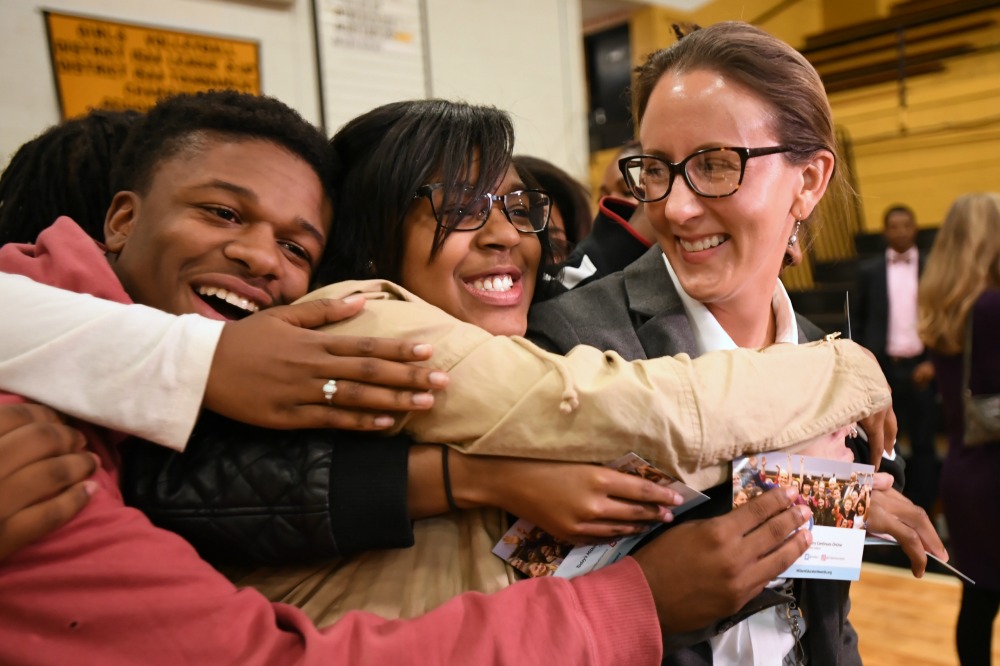 Katherine Watkins (TN ‘17) decided to try teaching after a chance encounter with her former AP Literature teacher at the post office: “What began as an experiment has proven to be one of the best decisions of my life.” She received her Milken Award at Tennessee’s Millington Central High School on November 16, 2017.

1. What went through your mind when you heard Lowell call your name at your surprise notification?

Katherine Watkins: In that moment, thinking was out of the question. I was in such a state of shock it’s a wonder I didn't pass out. Hearing my name called was the closest thing to an out-of-body experience I have ever known. My friends and family will attest that I walked around for days in a trance-like state repeating questions like “Can you believe it?” and “Did that really happen?”

Katherine: My students’ reactions are what I cherish the most about this experience. The hugs, the thank-you cards, the congratulatory remarks I received—these mean so much more to me than the financial award or the public acclaim that has followed. Even students I taught years ago have tracked me down to say congratulations and to thank me for the role I played in their development. I cannot convey how profoundly gratifying these conversations have been.

Among my current students, I have noticed a renewed sense of focus, commitment, and determination in the classroom since my award was announced. It’s one thing to tell students abstractly that hard work and perseverance pay off, but it’s another thing entirely when they are able to see the evidence for themselves. As a result, I’ve watched my students strive to make the most of every opportunity they are given. Not only that, but they have become more trusting and receptive when I tell them that struggle does not equate to failure. 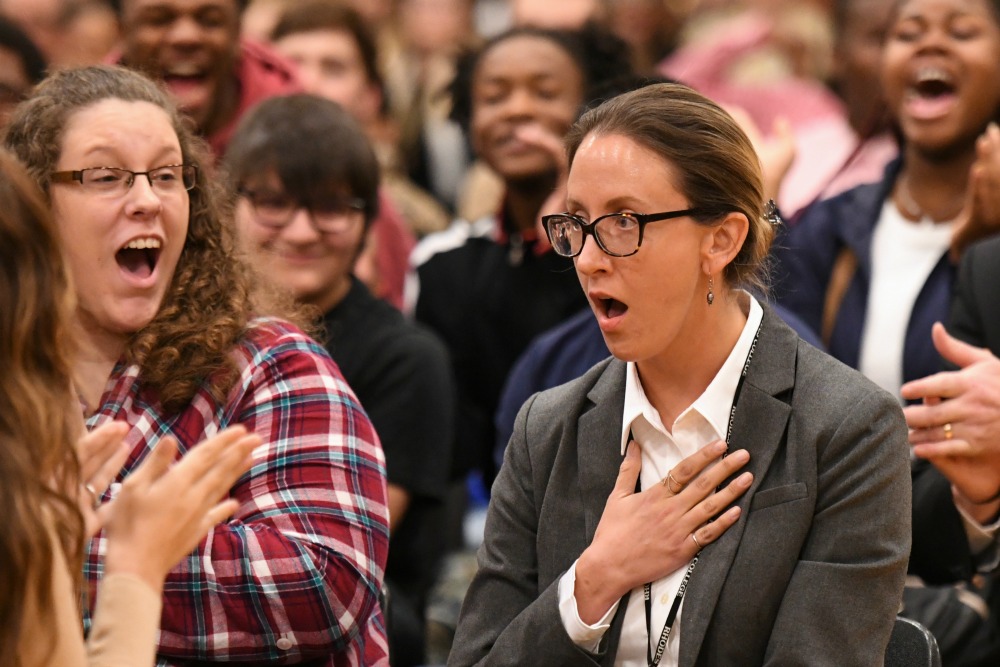 Katherine: My successful teaching career is the perfect example of a happy accident. Throughout college and graduate school, I never once imagined myself in a high school classroom and would probably have scoffed had the idea been suggested to me at the time. I chose to study literature because I loved words and ideas—simple as that. I never really thought about how I would earn a living with what I was learning, only that my life would feel pretty vapid if were doing anything other than studying the classics.

I moved back to the U.S. after graduate school in December of 2009 and was preparing to apply to PhD programs when I bumped into my former AP Literature teacher, the late Susan Singarella, standing in line at the local post office. She wanted to know all about what I had been up to and what my plans were for the future. I told her about wanting to earn my doctorate, but that I had already incurred a considerable amount of debt while pursuing my master’s abroad. She went on to inform me that a position was opening up at the school where she taught and that I ought to consider teaching while I worked out the details of my next major move. After thinking it over, I decided to apply, and before I knew it, I was standing in front of my first group of students when school resumed in January 2010.

Almost a decade later, what began as an experiment has proven to be one of the best decisions of my life. Mrs. Singarella passed away in 2014, but I like to imagine that she would be proud if she could see what her casual suggestion has produced.

Katherine: I would be surprised if there is an English teacher anywhere who would hesitate to cite the character of John Keating from the film "Dead Poet’s Society" as a source of inspiration. Like the film’s protagonist, Todd Anderson, I too was a shy and awkward adolescent. It took a number of real-life Mr. Keatings to give me the confidence I needed to believe in my own potential.

Three of these figures were English professors I encountered as an undergraduate at Rhodes College: Dr. Judith Haas, Dr. Brian Shaffer, and Dr. Tina Barr. Each had his or her own style and approach to instruction, but the depth of knowledge and the passion they brought to the texts and concepts we studied was so compelling no student could fail to be captivated by the magic of what was unfolding. I saved every syllabus, assignment, and handout I received in their classes and revisit these documents regularly when looking for inspiration. 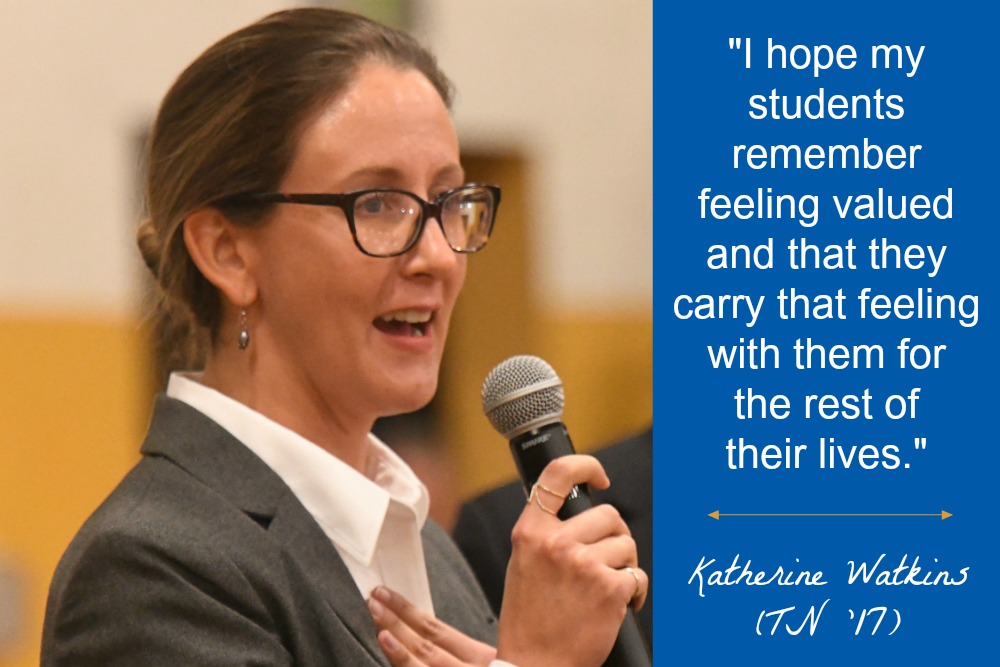 Katherine: If I’m being honest, they are mostly ones of terror, uncertainty, and exhaustion. I was hired having never taken a course in education or pedagogy, nor had I shadowed other secondary teachers or had the benefit of student teaching. It was an extreme case of sink or swim, and my only option was to learn through doing. 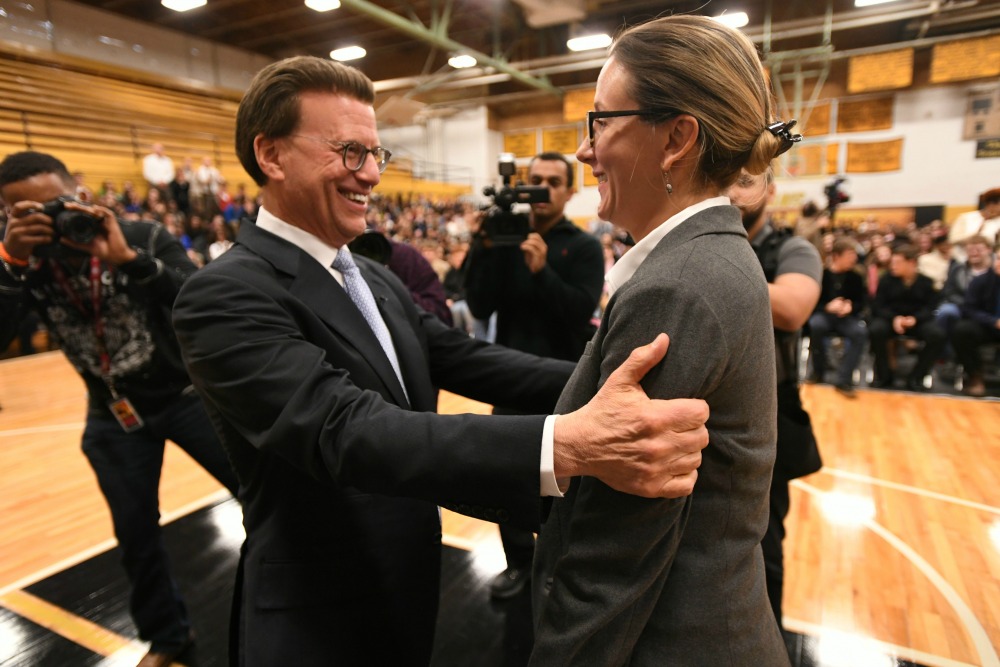 Katherine: My biggest challenge is definitely time management. I teach four preps, manage a club, and am a member of several campus committees. I have so many ideas I would like to implement with my students, but often struggle to find the time to follow up and develop them as fully as I would like to. Though I’m getting better about this, I have a bad habit of saying yes and overcommitting myself with different projects and responsibilities before fully considering the impact it will have on my other areas of involvement. There’s not a dollar figure I would hesitate to pay if doing so could magically produce extra hours in the day.

Katherine: My first priority was to celebrate my outstanding colleagues with a catered meal on the last day of school before winter break. Success is definitely a team effort, and I know I would not be nearly as effective without the support and encouragement of the faculty, staff, and administration I am privileged to work with. In addition to the faculty meal, I took my AP Literature students on a field trip to see a production of Samuel Beckett’s "Waiting for Godot," a play we had recently studied. Though I’ve yet to make a decision about what to do with the rest of my Award, it will probably find its way back into my classroom for extra materials and supplies to enhance student learning. 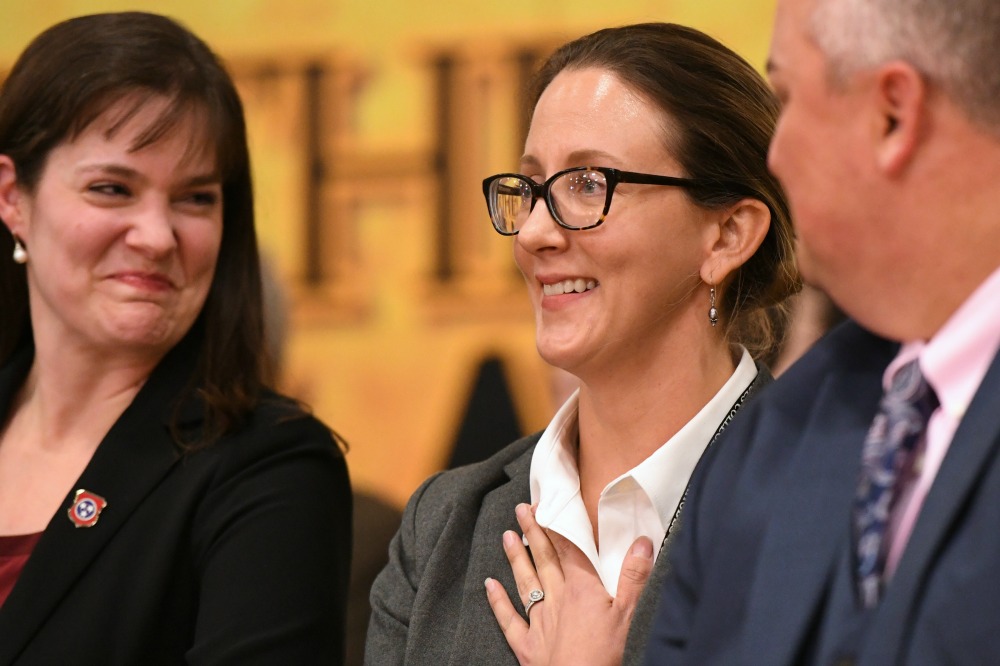 Katherine: I am thrilled to share that two of my brightest seniors this year are planning on becoming teachers. This is really encouraging news because our nation is losing top graduates to other fields at an alarming rate, and we must do a better job of recruiting talented leaders to the field of education. That being said, I have been honest with these students about the weight of the undertaking. Teaching is not for the faint of heart and should not be approached or considered haphazardly. It is without a doubt the most rewarding profession, but can also be among the most taxing. Students considering careers in education have to be prepared to make enormous sacrifices, but if they understand that reality and are still eager to pursue teaching, I support and encourage them wholeheartedly.

Katherine: Success means knowing I gave my best effort, regardless of the outcome. We can only control so much of our day-to-day experience, and it’s taken me a long time to accept that mistakes are inevitable. As long as I approach each challenge with effort and determination, I know that I am doing the best I can, and that’s all that matters.

"We spend a lot of time in class intentionally building community. I want students to get the sense that we are not just people occupying the same physical space for one school year, but that our lives are intertwined now. We share and celebrate successes and support each other through tough times. I want students to leave my class knowing that they matter and that they can accomplish anything." 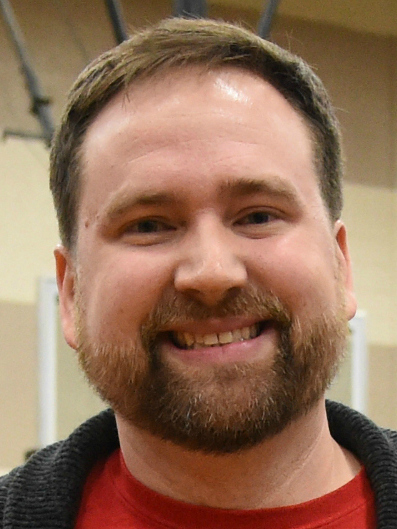