In an American high school like mine, which is not so different from most, students come in all shapes and sizes with backgrounds so varied you are surprised they were raised in the same country—let alone the same community. They range widely in their abilities, their interests, their experiences and their aspirations.

Some have parental support so intense we call their mothers and fathers “helicopter parents;” while others have no support at all. Some are from robust, supportive, intact families; others have survived dysfunction that boggles the mind—alcoholism, drug abuse, child abuse, divorce and abandonment. Some are rich; others, dirt poor. They may speak perfect English, bad English, or no English at all. They may have traveled the world or seen only the corners of Tippecanoe County. They are the sons and daughters of bankers, business owners, teachers, farmers, industrial workers, lawyers, tradesmen and women, city engineers and school janitors. They live in trailers, apartments, bungalows, farm houses and mansions on the prairie. Some even live in cars.

Black and white, Hispanic and Asian, a few Native Americans. They are from here—from three different middle schools—and from everywhere, individuals (over the years) from as far away as Libya, Afghanistan, France, Russia, Bulgaria, China, Ukraine, Iraq, Peru, Brazil, Belgium, and many more countries around the globe. They are Christian, Muslim, and Jew; straight and gay; rich and poor, tall and short; fat and thin; handsome and plain.

For some, it has been a straight line from those first “lost in the halls” days as freshmen to academic distinction and class leadership.

For others, it has been a struggle to reach the stage.

Some have moved nearly anonymously from first year to last; others are personalities, standouts whom everyone knows.

But we weave them together as a class so that by the end of their time with us, when they graduate, they are whole cloth, dressed alike in their red and gold graduation robes, momentarily still on the stage in front of us. We are their admiring parents, extended family, friends of all ages, and their teachers, whose investment in their success is deeper than they’ll ever know.

Most will continue their education—here at Purdue or at other Indiana colleges, some in vocational schools, a few at colleges out-of-state. Some will enter the military; some, the workforce. But for just this minute, there they all are, a tableau on the stage, a pleasing assembly whose accomplishments make us proud.

The Pledge of Allegiance. The introductions of the School Board of Trustees and the school administrators. A speech from the Teacher of the Year. This year it is an English Department colleague who speaks. His topic, an important one in this time of economic uncertainty and overemphasis on testing, is this: “What is an education for?” Not, he argues, to get jobs, but rather, to know what it is to be human.

The Faculty Scholarship, always a surprise announcement at graduation, is awarded each year to a student or students whose work ethic, demeanor and personal integrity represent the values we as a faculty share. My colleague announces the recipients, and the two, blushing and excited, but even so, poised, come down from their seats in the bleachers to receive giant foam board replicas of checks—and the real ones, too—in front of everyone here in Elliott Hall, Purdue’s immense (and packed) auditorium.

Five valedictory addresses this year: One makes me and the teachers around me tear up. Juan was born in Mexico. From the very beginning of his education in America, he has been one of those “straight line” kids. In his speech, he thanks his parents, in English and in Spanish, for bringing him to this country and giving him the opportunity they hadn’t had. He has worked hard, he says, to make his parents proud.

Then, the Awarding of the Diplomas. One by one, the students’ names are called and each makes the walk, stopping halfway to shake the principal’s hand and receive his or her diploma—a blank, actually. After the ceremony, teachers will perform one last service: We’ll congregate with the students in a room under the auditorium and give them the actual document. Withholding the diplomas this way prevents hijinks on stage and guarantees that all outstanding fees are paid before the diploma itself is handed over.

What we see is stagecraft, and for the most part, the students play their part as instructed. But, like a slip peeking out below the hem of a dress, a student’s individuality is glimpsed in the pace of his walk, the manner of extending her hand, a furtive or full-on smile at the audience, the reaction when air horns and whistles and shouts of “Woot! Woot!” erupt in the audience. A couple of cut-ups dance their way across the stage. Roaring applause affirms the accomplishments of the young man in the wheelchair and the special students who are accompanied in their walk.

When the last Z has crossed the stage, we look at the whole again, not just at the individual making the journey, and see that the group has reassembled without our realizing it. They are a tableau again—but just for a few more minutes while the principal speaks to the audience directly, acknowledging the personality of this class as a whole—go-getters, step-up-to-the-plate kids. Then, the magic words, directed to the students themselves: “You may move your tassels to the left.”

The tableau breaks. The spell is broken. A hat sails through the air, though tossing hats has been forbidden.

Graduation this year is a spectacular finish—for the graduates, of course, who leave the stage smiling broadly and then gather outside with their families and friends for photographs, handshakes, hugs and happy tears—but for me, too. For all of us who have invested ourselves, day after day, week after week, month after month, in these kids. They are our legacy and they make all of us proud.

This article was originally published on Teachers.Net Gazette.

Sarah Powley has been an English teacher for 37 years and has taught in secondary schools in Wisconsin, Connecticut and Indiana. For many years, she served as the English Department Chair at McCutcheon High School in Lafayette, Indiana, and is now a full-time Instructional Coach for her district. She received the Milken Educator Award in 1993 for Indiana and became a Lowell Milken Center Fellow in 2009. Other honors include the Eli Lilly Teacher Creativity Fellowship, the Irena Sendler Award for Holocaust Education and Purdue University’s Crystal Apple Award. For more by Sarah, follow her on Twitter and check out her blog: http://www.sarahpowley.wordpress.com.

"Every day I come to school and I just want to do my best for each and every one of you....Thank you for helping me be the best teacher I can be." 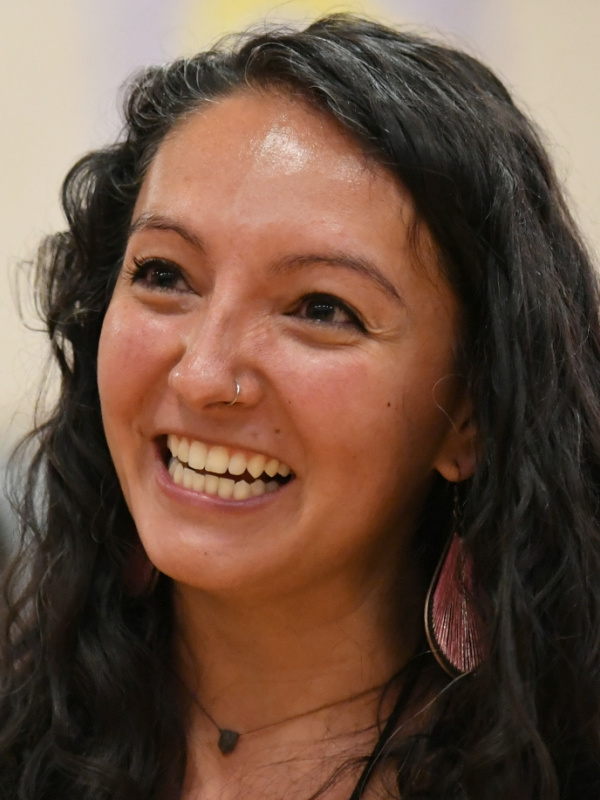