Rising to the Top to Help Those at the Bottom 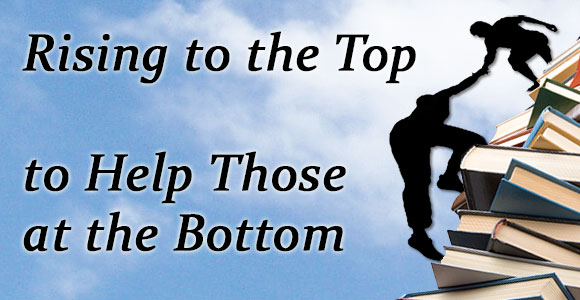 "Education is either life or death," says Dexter Chaney (IL ’10).  "It's our responsibility to inspire young people, educate them, and transform them to be great contributors to our society."

What started out as volunteering in his alma mater high school has taken Dexter Chaney to heights he hadn’t imagined possible.  Now that he knows that there are no limits, he has no intention of stopping.  Dexter Chaney is a man on a mission to save lives.

Growing up in the Missouri City urban middle-class suburb of Houston, TX, Dexter saw the difference that education could make on minds and lives.  "There were times that I had to make a decision,” Dexter says. “Am I going to go down the same pathway as my friends, or am I going to do something different that's going to make better opportunities for myself and my family?"  Many of his childhood friends didn’t choose the right paths and suffered the repercussions.  The battle to stop this tragedy—which repeats in similar communities on a daily basis and to which Dexter has been witness throughout his career—motivates him every day. 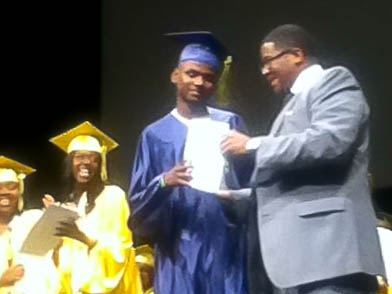 Update: Since we first spoke to Dexter for this article, another of his students from Chicago—Patrick Sykes, pictured here receiving his middle school diploma—was tragically gunned down on May 30, 2013.

How does Dexter strive to break this cycle in the classroom?  The first key is engagement.  Educators must meet students where they are and then impel them to where they need to go.  Dexter adapts his teaching style so that students feel the relevancy of the subject in their lives.  Framing math lessons in terms of sports statistics and creating friendly competition in the classroom, for example, changes math from an abstract, required subject to a fun skill that can be immediately applied to areas his students are already passionate about.

The adaptability doesn’t end at lesson context; it includes structure, as well.  In 2010, while teaching in Chicago public schools, Dexter was having trouble keeping his all-boys third-grade class—an experiment he requested—focused.  Necessity being the mother of invention, Dexter had to get creative.  Listen to him describe the experience and some of the techniques that worked, which he now passes on to other teachers dealing with young men in their classes.

Dexter’s second key to breaking the cycle of disenfranchisement is to combine engagement with role-modeling.  Recognizing that many of his students were drawn to the apparent rewards of fame and infamy, Dexter understood that it wouldn’t be enough to just be a positive role model.  If he was going to show his students that education can be a better path than the alternatives, he needed to do it in ways they could relate to.  Working in Chicago—the home of the Chicago Bulls and legendary player Michael Jordan—Dexter would take delight in wearing the latest “Jordan” sneakers to class; at once getting his students’ attention and impressing them that a teacher could afford the expensive shoes that they were clamoring for.

To keep their attention once he’s gotten their admiration, Dexter again draws on analogies to the entertainers the kids look up to: "I am the show,” Dexter tells his students about their time in his classroom.  “I am Will Smith, I am Jamie Foxx, I am Soldier Boy, I am Jay-Z; I am the show today."  And the respect he seeks is mutual, opting to refer to his “scholars” rather than “students.”

The third key is to measure success through growth in education and character. Particularly in the communities that Dexter serves, character growth is vital to keep students on the right path and parents must be co-opted if the scholar is to be successful.

These key practices—manifestations of his passion and willingness to go to any lengths and use any creative means to get his scholars engaged—helped Dexter and his colleagues take their scholars from a 36% to an 86% statewide testing pass rate in one year.  They followed that up by taking it to 94% the following year.  It also got him the attention of school officials and the Milken Educator Awards.

A Season of Surprises

Thanksgiving of 2010 was already a very memorable time for Dexter Chaney.  He had just completed his master’s degree and gone home to Houston for the holiday weekend, where his entire family and friends from around the state gathered to surprise him.  Flying back to Chicago and coming back to school on the heels of that emotional celebration, Dexter’s hope to just get back to teaching and “get through the day” was dashed when he learned about the special assembly to celebrate the school’s achievement growth.  Even as the assembled dignitaries were championing the value of educators, Dexter was concerned about his class of 30 third-grade boys’ ability to sit through the entire ceremony.  (He didn’t know yet that they were in the capable hands of notification maestro Dr. Jane Foley.)  As the true nature of the assembly was revealed and the $25,000 amount announced, Dexter recalls thinking that “somebody in this room is very important.”  Indeed, somebody was. 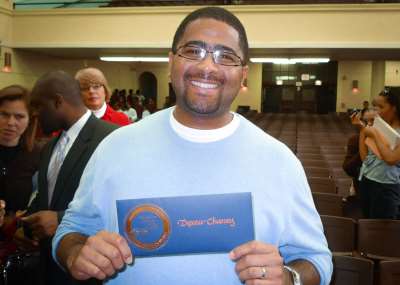 “A lot of us, as educators, don't get to be celebrated [until] after 20- or 30-year careers. ... I wish every educator across our great nation could know what that feels like."

Thanks to the magic of YouTube (and the Creative Services team at the Milken Family Foundation), Dexter gets to relive that moment often…whether he wants to or not.  In fact, just about every time his family gathers, it seems there’s someone who hasn’t seen the video yet.  Without fail, the surprise notification video is pulled up again and, much to this humble man’s embarrassment, he once again has to explain that moment and the tears that it brought to his face.

For Dexter, as for most Milken Educators, the Award is more than just recognition.  It was proof positive to Dexter’s scholars that education—and being an educator—could be as personally and financially rewarding as anything else they might choose to do.  (Just imagine how many pairs of Jordans $25,000 can buy!)  In his acceptance speech, Dexter jokingly mentioned that he’d now be able to buy more pencils—the not-so-secret wish of so many educators working on stretched-to-near-snapping budgets.  Evidently, the education genie was paying attention because shortly thereafter, Dexter began receiving school supplies from around the country from people he’d never met; people who saw the video, read the newspaper articles, caught the TV interviews and wanted to help an outstanding educator do what he was impassioned to do: educate.

This attention is just the tip of the iceberg.  The Award elevates educators to an entirely new plateau from which they can see further and reach new heights.  For Dexter, it opened his eyes to much greater possibilities and with it, much greater responsibilities.  Meeting and networking with Milken Educators from around the country, Dexter saw his own potential and the role he could play in shaping the future of education in this country.

The Fellowship (a program he highly recommends for anyone interested in shaping policy on the national level) brought Dexter in contact with teachers all over the state and the country.  While he found many commonalities with his own experience as a teacher, some educators’ perspectives surprised him.  Whereas he had always felt empowered and valued, many teachers Dexter met felt beaten up, unvalued and not respected.

Dexter's recommended links for the latest on the Administration's efforts:

The experience also expanded Dexter’s understanding of the broad scope of the problem facing the nation’s students.  While he had personally focused on minority, disadvantaged communities where he feels the problem is greatest and the fewest quality educators are willing to go, his exposure to other communities showed him that the issues are much more widespread and universal.  The good news, based on his experience, is that this Administration is interested in and listening to what educators have to say.  Dexter’s advice to educators who might be struggling, feeling like they’re fighting the system to give students the education they need: seek out a Fellow, past or present; they have insights and a direct channel of communication with the Administration. Having completed the Fellowship in Chicago, Dexter and his wife returned to their home state of Texas to be closer to family.   Now assistant principal of the KIPP TRUTH Academy in Dallas, a Milken Educator and a national Teaching Ambassador Fellow, how high does Dexter Chaney want to go?  How about “Secretary of Education” he says, laughing but not entirely joking.

Reinforcing the principle behind the Milken Educator Awards’ strategy of recognizing early-to-mid-career educators, Dexter has much that he still wants to achieve.  His unwavering passion is to save children through education; not just the disadvantaged students to whom he has dedicated and will continue to dedicate himself, but all of the students of this nation for whom quality education and educators are critical.

Whether that means washing floors to give scholars a clean learning environment, having the tough conversations with parents and teachers alike to maximize their potential for growth, supporting other teachers as assistant principal or principal, or helping set policy on the national level—Dexter will take any platform available to impact the greatest number of teachers and students, and to help make the life-and-death choice between education and the alternatives a no-brainer.

"I don't know how I deserve this, all the staff and teachers here are phenomenal. I do what I do because of them. I want to do what they're doing in their classes, so my kids can experience that. I'm just at a loss for words." — San Benito teacher awarded $25,000 for being exemplary educator, Valley Central 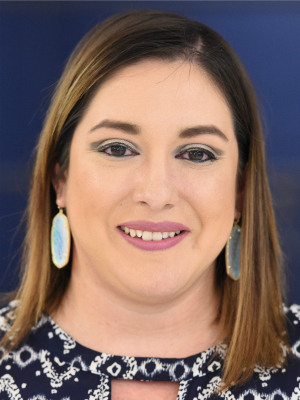