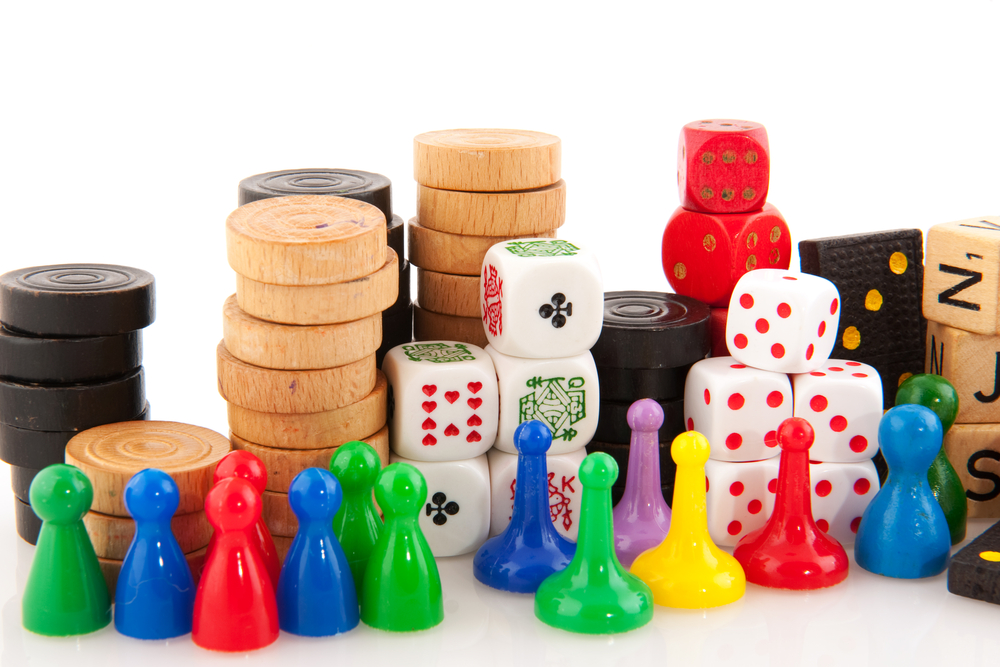 Games keep students engaged as they practice vital academic, social and emotional skills. We asked educational consultants Mike Anderson (NH ’04) and Sarah Fillion for advice on the best way to incorporate games into the classroom.

Milken Family Foundation: Why do games belong in the classroom?

Mike Anderson (NH ’04) and Sarah Fillion: Say “Who wants to play a game?” to students and you get smiles, sounds of appreciation and excitement, and alertness. Games are a powerful tool to support learning because they engage students and give them opportunities to practice skills in a different way from traditional lessons. Because games have a high entertainment value, students become engrossed in the fun they are having, reinforcing the idea that learning is fun.

As students play games, they employ a variety of social and emotional skills, in addition to the academic skills necessary to successfully navigate the game. From turn-taking to listening, compromise to humility, students practice, acquire, and refine social and emotional skills as they play games together in school. While games are not a replacement for conceptual understanding lessons, they support students in increasing the fluency and application of the concepts and skills.

MFF: Should the teachers be playing alongside the students, or just observing?

Mike and Sarah: It depends on the game and its goal(s). If the game is a silly and fun one, meant to encourage playful risk-taking (improv acting, for example), then teachers should probably play, to model that playful risk-taking. On the other hand, if the game involves academic discussions (such as a round of Four Corners), the teacher might want to facilitate the game without playing so they can observe and listen to students’ discussions.

When teachers do join the games, they should always be observing, both to get to know their students better academically and socially, and to make sure that students are playing appropriately and with kindness. 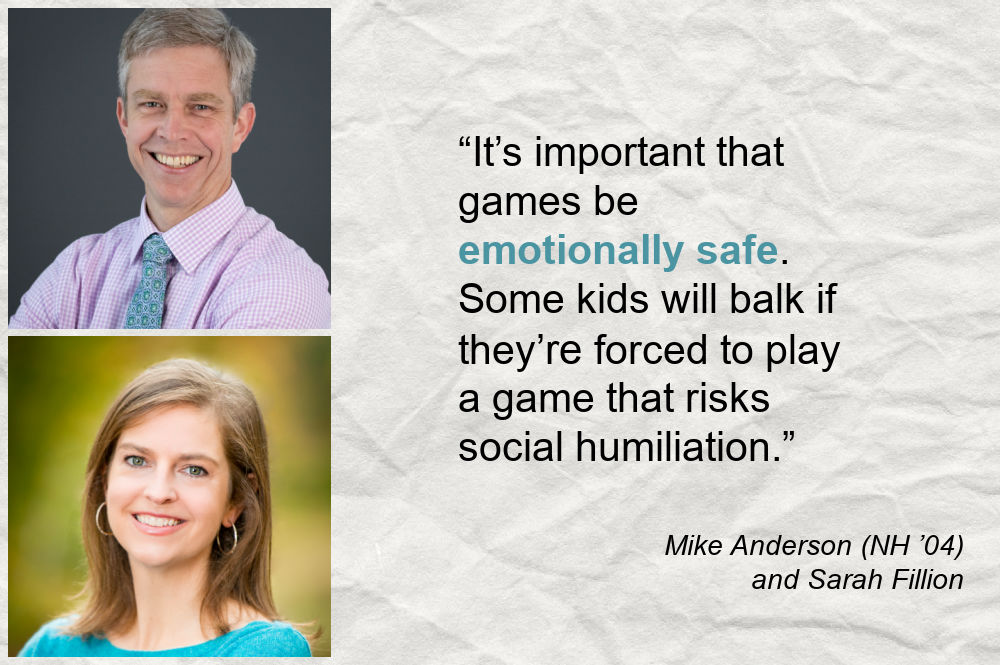 MFF: How should classroom games differ by age range?

Mike and Sarah: Games can certainly be used with any age, from pre-K on up. In fact, we often use them when facilitating workshops with adult learners, both to help reinforce content and to keep learning lively.

The key is to tailor the games to the age of the learners. Ones involving playful movement and singing are especially well-suited to primary grade students, while games involving deeper discussions or improv acting might work better with older learners. It’s important that games be emotionally safe, especially with older students. Some kids will balk—shut down or flare up—if forced to play a game that risks social humiliation.

MFF: How can teachers structure game play so that content-specific games incorporate other skills?

Mike and Sarah: Even when a game is specifically focused on one skill in a subject area, such as multiplication, students must utilize other skills from other content areas. With a few deliberate tweaks, that content-specific game can become an engaging activity that allows students to practice skills across all curricula. For example:

MFF: Games imply competition and winners/losers, which has drawbacks and benefits within a classroom community. What kinds of guardrails should teachers put in place?

Mike and Sarah: As a general rule, we recommend games and activities that are collaborative rather than competitive. It’s not that a teacher should never play competitive games—Kahoot or Jeopardy can be fun ways to review academic content. But for many kids, losing pushes them toward the edge of fight-flight-or-freeze, not exactly an emotional state conducive to learning.

Instead, choose games where students rotate to different stations to solve problems in small groups. Games can also be discussion-based. For example, Uncommon Commonalities, which can be played in-person or online, challenges students in small groups to find things they have in common with each other that they didn’t already know (or that aren’t obvious). For example, they might all have a step-sibling or like to swim. This game can also be played with academic themes: “We found that we all like mysteries, and when we were younger, we all liked Goosebumps books!” 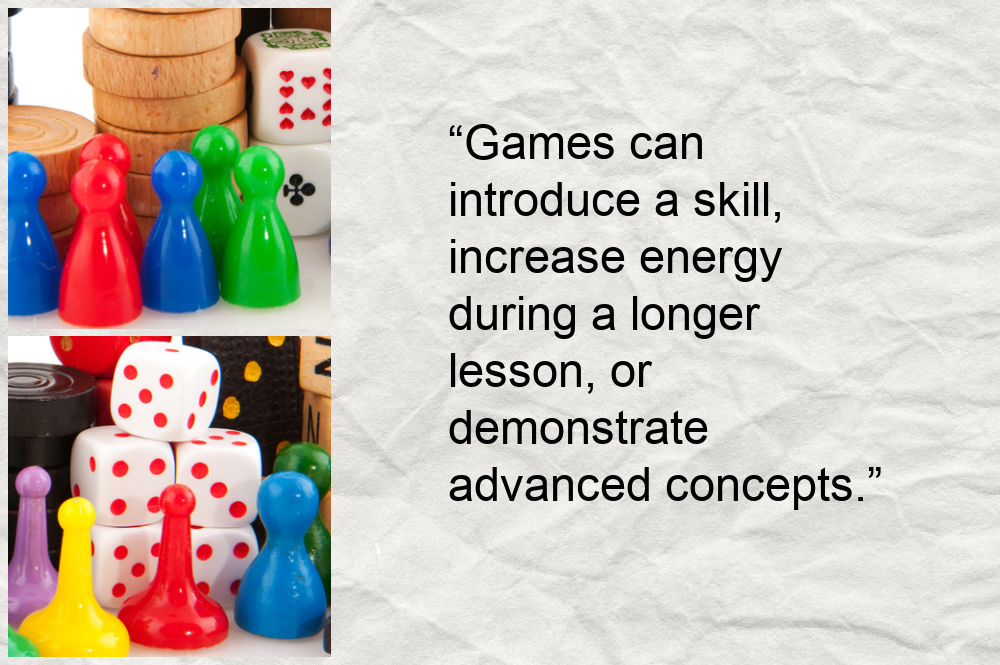 MFF: Can you give us some examples of the kinds of games that you’ve seen work well, both in the classroom and for virtual learning?

Mike and Sarah: In Alphabet Aerobics, appropriate through elementary school and even into middle school, the class decides on three motions that will correspond with different lowercase letter shapes. For example, for letters that are short and sit on the line (like a, n, o, and z), students might squat or bend over. For letters that are tall (k, t, h), they might stretch their hands toward the ceiling. For ones that have a “tail” that dip below the line (j, g, y), they might touch the floor. Then, students suggest words to spell and the whole class calls the letters aloud while moving to match the shape of the letters. This can easily be played in-person (even when students need to stay far apart) or online.

In Would You Rather?, students are given two choices (Would you rather get stung by a bee or get poison ivy?). They show their choice—perhaps by striking one of two body poses or moving to a designated place in the room if you’re in-person, or by adopting a body pose or clicking on an emoji or icon online—and then explain why they chose the way they did. They might chat with a partner (easy enough in-person) or use the chat box. Questions might be strictly social and playful in nature (Ice cream or pizza? The beach or hiking? Marvel or DC?) or academic (Would you rather read fiction or nonfiction? Would you rather spend a day with Abraham Lincoln or Harriet Tubman? Would you rather solve a math problem using an algorithm or picture models?). This game can be played with just about any age!

There are many pre-made cards that are content-focused for Taboo. One individual is the clue-giver and tries to get the rest of the team (the whole class, or a smaller group of students) to say the word at the top, but cannot use the other words that are included on the card.

Pictionary works best using a platform that includes a whiteboard that all students can access. The teacher privately messages the illustrator a word or phrase, and the illustrator has a set amount of time (this varies depending on age and ability) to draw a picture that elicits a correct response called out by a classmate.

For the online version of Charades, choose words that use hand and upper body motions that are visible by the camera.

MFF: Can you offer a few tips for success when it comes to using games in the classroom?

Mike and Sarah: First, have a clear goal for the game. Games are multi-purposeful, and being clear on what the goal of the game is will allow you to seamlessly weave it into your lessons. Games can be used as part of the curriculum to introduce or practice a skill, to increase energy and engagement as part of a longer lesson, to help demonstrate advanced or integrated concepts about a particular topic, or to highlight how specific skills/concepts apply to real life.

Choose games that are appropriate for students’ abilities. Some games can be played at the start of a unit to introduce a concept, whereas others need skills taught in order for students to be successful. Spend time teaching necessary skills and pre-teaching concepts that students might not be familiar with to ensure the game is engaging and results in the positive outcome of learning.

Provide choice whenever possible. For example:

Make it personal to the students. Using what they have already created or are familiar with will both increase engagement and allow them to focus on the other concepts they are practicing. Students can modify stories they’ve written into Mad Libs stories, create Trivial Pursuit or Jeopardy! questions based on the learning they’ve done in science, or change a board game such as Monopoly to focus on regions of the U.S. or world.

Use easy-access materials. Selecting games that have few materials, or providing take-home bags with whatever students will need to play, increases the likelihood that students will play the games at home. You might also offer suggestions for alternatives that can be used at home. For example, if students need a token as a marker for where they are on a printed board, they could use pen caps, dried pasta, or coins.

Mike Anderson (NH ’04) taught third, fourth and fifth grades for 15 years and now serves as an education consultant throughout the U.S. and around the world. His latest book is the best-selling "What We Say and How We Say It Matter." Learn more about Mike at www.leadinggreatlearning.com.

Sarah Fillion has been an educator for over 15 years. She has taught in public elementary schools in both urban and suburban communities and now supports other passionate educators through customized professional learning. For helpful resources and more about Sarah, visit sarahfillion.com.

"As a teacher, you have the chance to make an impact on someone’s life every minute you are there. You have the chance to provide consistency during tough times, to celebrate and support students both inside and outside of the classroom, and to equip them to move toward building a productive life." 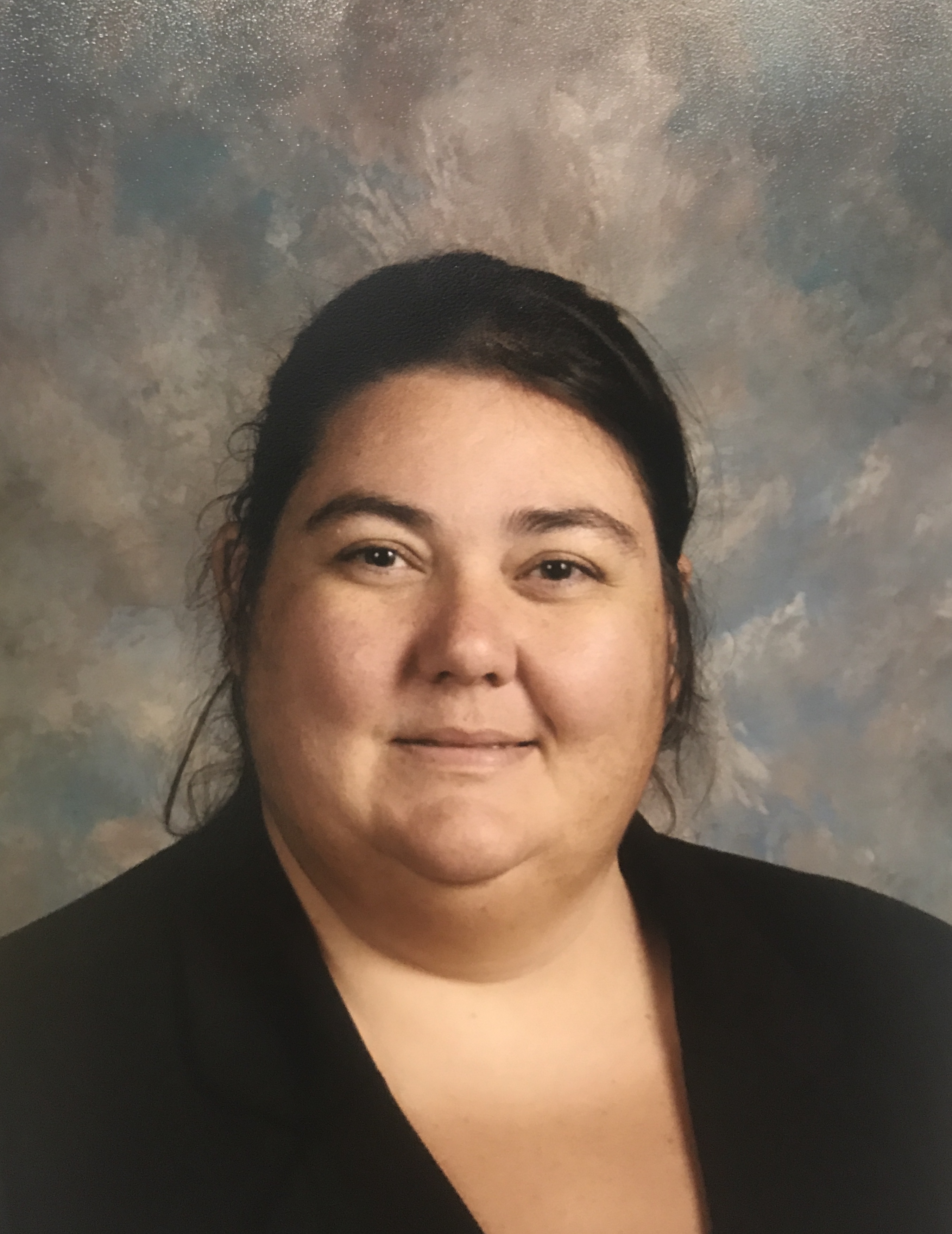