How We Learn: The "Headbands" Game 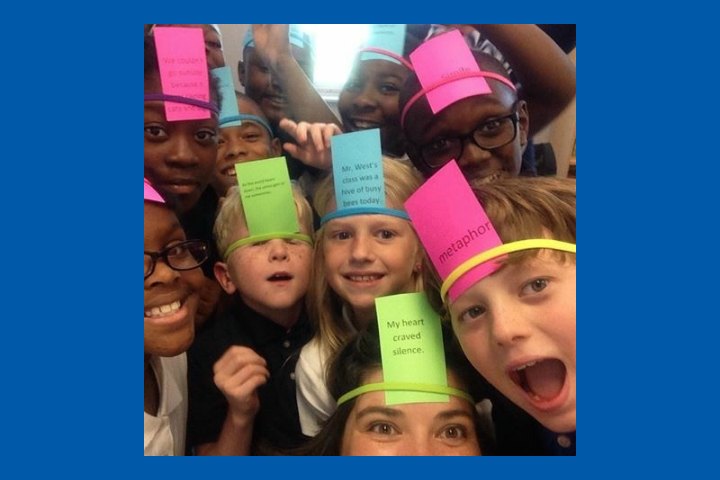 WHAT THEY'RE DOING: Playing "Headbands," an interactive game where one player gives clues to help the other guess what's on the card strapped to his or her head

WHY: Looper got the idea from a colleague for this classroom activity, which is based on the popular "Heads Up" app created by Ellen DeGeneres and featured on her talk show. "We were doing a poetry unit and exploring different kinds of figurative and descriptive language," says Looper. Students worked in pairs; the guessers wore cards bearing a sentence containing a simile or metaphor, while the clue-givers tried to help them guess the literary device without actually reading the sentence aloud. (Students who were still working on recognizing similes and metaphors in context got cards bearing the actual terms instead of examples.)

Looper's students love "Headbands" because everyone gets to participate. And that's what Looper likes about it, too: "It builds accountability," she says. "I can tell from the conversations the kids are having exactly what each student's level of understanding is. Plus it gets them on their feet and moving." Playing a game is always popular with the kids, she adds. "It's kind of goofy. I mean, they're wearing cards on their heads!"

"How We Learn" is an occasional series in Connections featuring our Milken Educators and their students in action. Milken Educators, got a snapshot of an interesting learning activity? Send it to web editor Erika Kerekes, ekerekes@mff.org.

"I think as a nation we need to put more money, time and effort into teachers in their first through fifth years. That's when teachers burn out, because they don't have a coach or mentor encouraging and supporting them." — Spotlight interview 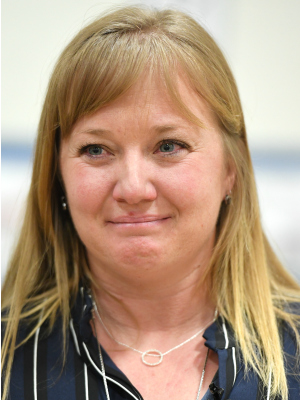