Teaching the Holocaust Is More Important Than Ever 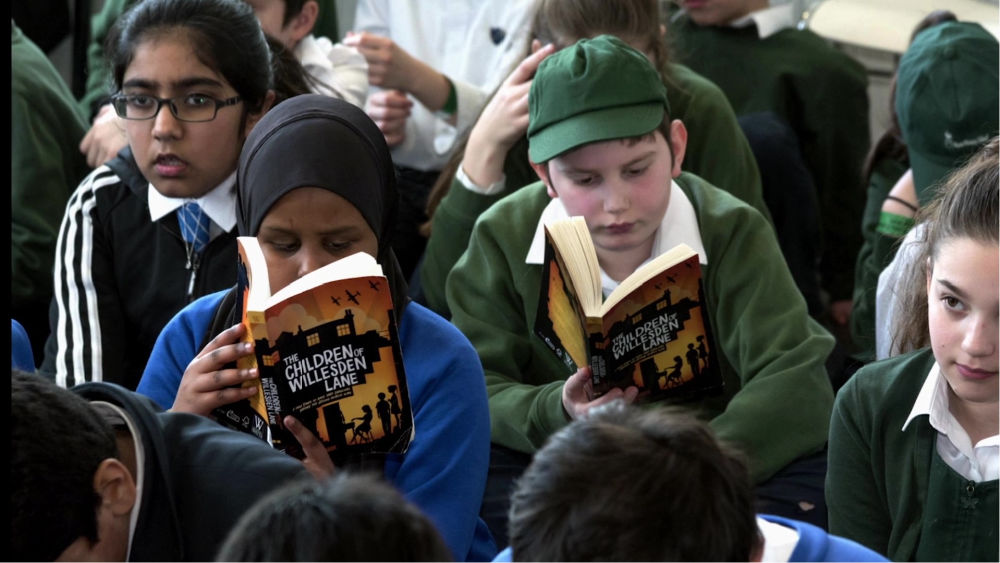 Through “The Children of Willesden Lane,” students learn important lessons about survival and resilience.

Two recent studies show that the need for educational programs about the Holocaust has never been greater. Both the Conference on Jewish Material Claims Against Germany study and the Echoes & Reflections U.S. College Survey demonstrated that Holocaust education can make a significant difference in students’ attitudes towards people whose backgrounds differ from their own. “The research showed that students who received Holocaust education are more tolerant and more comfortable with people of a different race or sexual orientation than those who did not,” says Stephen D. Smith, executive director of USC Shoah Foundation. “And when educational programs included survivor testimony, those students demonstrated higher critical thinking skills and a greater sense of social responsibility.”

Mona Golabek brings the power of testimony to students worldwide with “The Children of Willesden Lane.” For nearly two decades, the author and concert pianist has shared the story of her mother Lisa Jura’s harrowing escape from Nazi-controlled Austria aboard the Kindertransport to London. Students and educators around the world have read the “Willesden Lane” book and attended Mona’s spellbinding live performances, combining storytelling with classical music. The Milken Family Foundation worked with Mona’s Hold On To Your Music Foundation to create the first curriculum that accompanied the original “Willesden Lane” book, and many Milken Educators and their students have read the book and experienced Mona’s performances.

Now, thanks to a $10 million partnership with USC Shoah Foundation, funded by the Koret Foundation, the powerful testimony and music of “Willesden Lane” will extend far beyond the theater. This unique program will reach 25,000 educators and 8 million students through the delivery of educational programming, professional development, innovative educational tools, and immersive media that will engage students in Lisa Jura’s story of hope and resilience. In addition, the two organizations will partner to deliver both live events and new virtual performances—especially important during the pandemic—around the world. “This partnership has taken my dream and given me the opportunity to bring my mother’s story to places I would never have been able to go,” says Mona.

Mona has traveled the world to tell her mother’s story. Starting in 2012, she performed the original “Willesden Lane” show in Los Angeles, New York, London, Boston, and Chicago, among other cities. “As it became successful, I would go back to talk to civic leaders and educators and superintendents, telling them of my dream to bring this story to young people,” says Mona. Hold On To Your Music donated hundreds of thousands of books for “Willesden Reads,” educational citywide events where students read and discussed the “Willesden Lane” book in school, then attended Mona’s live performances. In January, Mona will launch two new books, “Hold On to Your Music” and “Lisa Of Willesden Lane,” to reach more young people than ever before. And with the support of USC Shoah Foundation–The Institute for Visual History and Education, Mona is preparing for “Willesden Reads” events in cities across the country, spanning all grade levels. 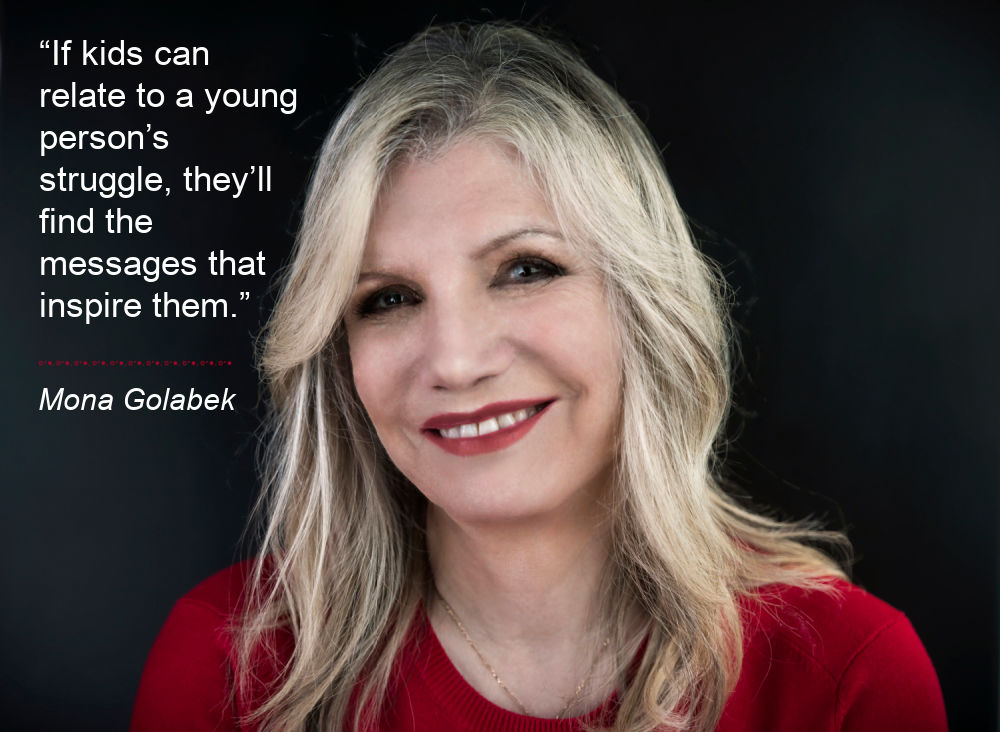 This is an important time for “Willesden Lane” to reach young people. Just as teenage Lisa Jura clung to the music she loved for comfort and inspiration as bombs shook London, Mona hopes to help today’s young people find the passions that will sustain them through adversity. “We’re living in a divisive time that’s challenging humanity,” says Mona. “We’re at a fork in the road at every level. I tell this story to inspire people to come together and find a very different way to live, so history doesn’t repeat itself.” The story of a Jewish girl during World War II offers many parallels to current experiences with racism, anti-Semitism, and discrimination. Mona says “Willesden Lane” resonates strongly with Black, Latino, and immigrant students in particular: “If kids can relate to a young person’s struggle, they’ll find the messages that inspire them.”

In 2019, before COVID-19, Mona brought “Willesden Lane” to 10,000 students in South Africa, including a performance in the hall where Nelson Mandela spoke from the balcony after he was freed from prison. “That trip was a turning point for me,” Mona says. “The students’ reactions made me understand why this story is so powerful.” Some of the sentiments students shared brought her to tears: “Thank you for coming to our country and unlocking our dreams. If your mother could do it, I know I can do it. I’ve experienced racism and prejudice, but now I know I can find courage.”

At the end of her live performances, Mona plays the rousing Grieg piano concerto as quotes from Nelson Mandela, President Barack Obama, and activist Malala Yousafzai appear on a large screen behind her. Her last line on stage: “Go find your dream, the thing that’s going to get you through the darkest moments. Ask yourself what your purpose is. Look at your neighbor. There’s no place for hate.”

Interested in bringing “The Children of Willesden Lane” to your district? Email jackie@holdontoyourmusic.org for more information.

"I understand our students’ struggles because I was raised in this community and shared the same struggles they have. I am an English language learner, and I understand how students feel when they have a hard time understanding the content or are frustrated with their language development. I form part of this community’s culture and I am able to quickly relate to them and use my life’s stories as examples. I truly hope to make a difference in their lives." — Spotlight: Omar Duron (AZ '19) 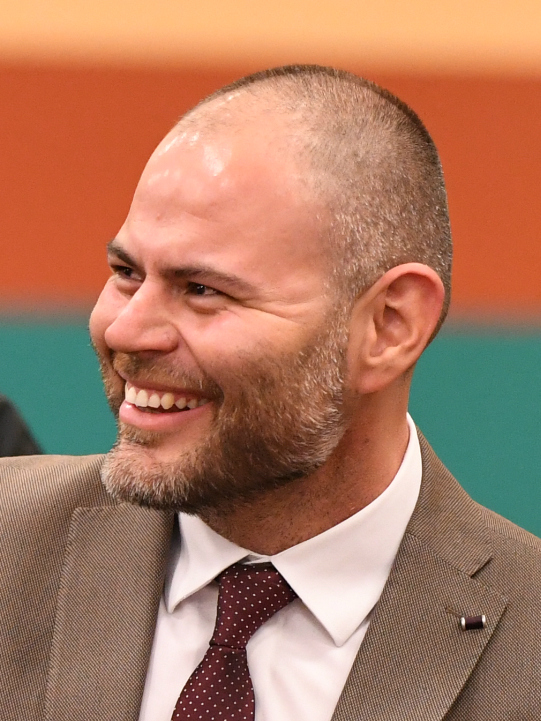