Getting To Know You

On a March morning in a committee room at the Missouri State Capitol, Representative Jane Cunningham was wrapping up discussion of a proposed bill to require financial management classes in the state's public education curriculum.

As chair of Missouri's House Education Committee, Rep. Cunningham and her colleagues had been hearing testimony from a group of scheduled speakers, including representatives from the business world who had promoted the bill. The testimony had left the committee with the impression that financial management classes were not being taught in Missouri high schools.

Milken Educator Judy Whitener (MO '96) knew this was not true. Having been a high school family and consumer sciences teacher when she received her Award, she had taught financial management classes herself. And though she's now retired, she supervises student teachers who are also implementing such programs in their math and business education curricula.

So when Rep. Cunningham asked if there was anyone else in the room who would like to comment on the bill, Judy raised her hand. She had not planned to speak that morning, so when she was asked to come forward and present her testimony, she felt nervous and unprepared. She even forgot to introduce herself before telling the committee what she had to say, but by the expressions on the committee members' faces and the questions they began asking her, it was clear that her testimony was extremely useful to the discussion at hand. 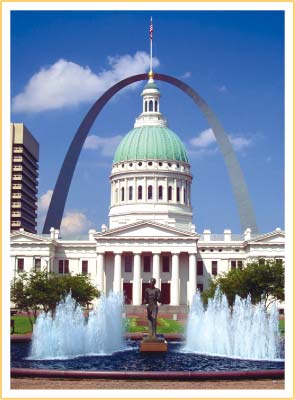 It was not by accident that Judy Whitener happened to be in the committee room that day. She was there with six other Missouri Milken Educators as part of an annual Legislative Day coordinated by the state's Milken Educator Network and the Missouri Department of Education. The purpose of the day was not only to allow Milken Educators to observe the legislative process, but to promote them as expert resources for policymakers when discussing education-related legislation.

Each year, thousands of bills are proposed, discussed, debated, defeated or passed in state and federal legislatures across the country. Many of these focus on education policy, and it is profoundly important for policymakers to have good information to help them make the right decisions. In many instances, the best sources of information are outstanding educators who know better than anybody the "reality on the ground" in America's schools.

Unfortunately, educators—even outstanding ones—rarely venture beyond their schools and districts to the chambers of the state legislature.

In many cases it doesn't even occur to them to offer their input to high-level public policy discussions. Yet as Judy's experience illustrates, such input can be enormously valuable and appreciated.

Becoming an expert resource does not come automatically. It requires Milken Educators to take the initiative, collaborating with each other and their state departments of education to create a process by which they can introduce themselves to legislators, provide them with contact information and build relationships throughout the year.

This is precisely what Missouri's Milken Educators have done.

In 1998, at the Milken National Education Conference, Missouri Milken Educators decided that they wanted to become a greater information resource to legislators in their state. As Henri Goettel (MO '96) recalls, she and her fellow Milken Educators recognized the opportunity to offer their expertise without any hidden agendas. 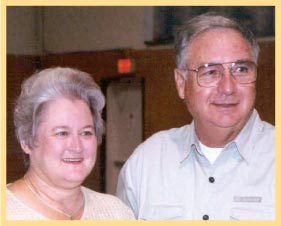 It was not until 2003 that Missouri Milken Educators felt that their network had grown sufficiently large to offer a wide range of knowledge and experience across a variety of subjects. They produced a directory listing their titles, photos, contact information and areas of expertise. These were distributed to legislators at the start of the 2004 and 2005 legislative sessions, placed directly in their mailboxes by Missouri's Milken Educator Awards Program Coordinator Robin Coffman.

In addition to the directory, Missouri Milken Educators established an annual Legislative Day, during which Milken Educators sit in on legislative committee hearings and even meet one-on-one with legislators, all for the purpose of helping establish and strengthen connections.

Getting legislators to know you is one of the first steps to becoming an expert resource. Gaining their trust is another.

Linda Sarver (MO '03) knows all about this. Even before becoming a Milken Educator, she had established a connection with her legislator, Representative Jim Whorton.

In February 2002, as state funding for education was being cut, teachers were being denigrated in the media and elsewhere for working only nine months a year and leaving each day at three o'clock. In response, a storm of letters from angry teachers flooded the State Capitol, including Rep. Whorton's office.

Linda Sarver wrote a letter as well—her first ever to her state legislator. But unlike the others, she stated her position calmly and respectfully, describing the reality of being a teacher rather than being accusatory and insulting.

As Rep. Whorton waded through a pile of angry letters, Linda's stood out. He disregarded the others and wrote back to her, thanking her for her input.

A few weeks later, when visiting the legislature as an officer with the Missouri State Teachers Association (MSTA), Linda heard Rep. Whorton talk about an impressive letter he had received from a teacher. It was Linda's letter he spoke of, and when she introduced herself, he was able to put a face to the name.

"You have to build a relationship that's not based on complaining," says Linda. "Even if it's an issue you want to complain about, don't do it in a complaining way. Do it in a factual way. He told me that when he commented on my letter. All the letters he'd gotten from teachers were angry and hateful. He was sworn at and treated very disrespectfully. Mine just presented the facts in a cool, calm, collected way, and that's why he listened."

A year later, Rep. Whorton attended Linda's surprise Milken Educator Award notification. He maintained contact with her via email. One time he saw her in a restaurant and asked for her help passing out a voter survey. Meanwhile, she began to visit the legislature twice a year, once as president of the MSTA's northwest region and once as a Milken Educator. Each time she was introduced to more legislators, who began to recognize her by sight.

"When we went to the legislature this last time," said Linda, "more of them were willing to come out to the floor and talk to us. And every time, the chair of the House Education Committee wants to talk to us and asks our advice."

They'll Listen to You

The day before Judy Whitener spontaneously testified before the House Education Committee, Linda Sarver testified before the Education Subcommittee on the Senate side. The topic of discussion: the state's foundation formula, an equation by which Missouri decides how to allocate funds among the state's school districts. A decision had been made to allocate a certain amount per student, which the committee believed was an equitable formula.

Those who spoke about the formula during the open hearing were primarily there to provide information. Then it was Linda's turn to testify. Fully prepared with information provided by her superintendent, she calmly presented the facts, explaining that despite its smaller student population, her school cost the same to operate as any other school.

"It costs the same amount for the janitor and the cook and the bus driver, no matter how many kids there are," she told the committee. "They hadn't even thought about those kinds of expenses."

Under the new formula, she argued, her school would not receive adequate funding, which would ultimately compromise her students' education.

"You have to let them know what it's going to do to kids," says Linda. "If you can give them specific information about what's going to happen to kids because of their decisions, they'll listen to you."

On June 29, Governor Matt Blunt signed into law the new foundation formula, which included an extra $10 million for schools with 350 or fewer students to apply for special funding grants. Linda does not know how much her presentation contributed to this decision, but it's undeniable that testifying gave her an opportunity to show legislators important consequences they hadn't considered in their decision-making process. The hope of Missouri Milken Educators is that their efforts to connect with their legislators will ensure more such opportunities in the future.

"As an administrator I have a much broader lens and my interactions with students are both direct, in our day-to-day activities, and through the hands and hearts of other educators. I hope students will remember our relationships and that I want them all to find their purpose and to learn how to use their minds well." 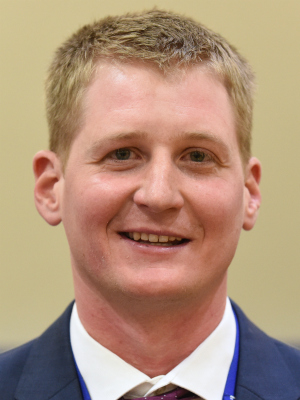