Kaleem Caire is a nationally recognized, highly respected leader in the field of education. Formerly the executive director of Fight For Children in Washington, D.C., and the founding president and CEO of the Black Alliance for Educational Options, Kaleem has appeared as a guest commentator on Black Entertainment Television and the Fox News Channel, published numerous articles and essays in national publications, and in 2000 became the youngest person ever to receive the City of Madison's Martin Luther King, Jr. Humanitarian Award. 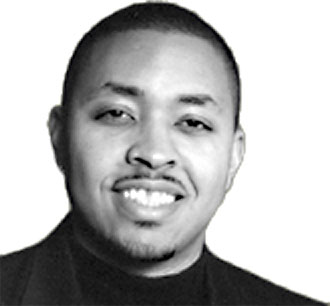 "I'd have been in jail," said Kaleem. "No doubt about it." That role model was Ed Holmes (WI '03), who received the Milken Educator Award as principal of Wright Middle School in Madison. Long before the Award—in fact, long before Ed was even certified to teach—he was director of a community-based organization called the Neighborhood House, where he helped guide young men toward positive habits and behavior. One of his key strategies was to get young men involved in theatrical productions, through a program he created called Ebony Expressions. And that was how Kaleem, then 12 years old, first met Ed.

"He produced original plays," said Kaleem. "He would do things like a parody of West Side Story called South Side Story. It was designed to keep us off the streets and keep us out of trouble. But it did a lot more than that. It left a mark on a lot of us." 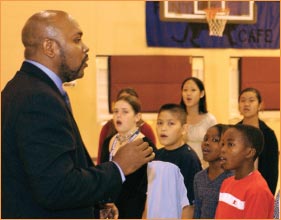 As the child of a single mother, Kaleem lacked the constant presence of a positive male role model in his life who could empathize with his feelings, set an example for him to emulate, and teach him how to make wise choices. At the same time, he was surrounded by negative male role models who could have led him down a darker path. Ed Holmes helped him navigate through all that.

"He was like an older brother, a father figure to a lot of us," said Kaleem.

According to the U.S. Census Bureau, only 16.6 percent of single parents in 2003 were men. It doesn't take a statistician to do the math: in nearly 84 percent of single-parent families, children grow up without fathers. This can be especially trying for boys and young men, who look to their elders for cues on how to behave, often imitating what they see around them without differentiating between productive behaviors and harmful ones. And when negative behaviors become entrenched, the child's future hangs in the balance.

"Some of my fifth graders have older brothers and sisters who exhibit negative behavior," said Ken Almon (GA '98), a teacher at Norcross Elementary School in Norcross, Georgia. "And you begin to see a little bit of that trickle into the elementary level—not as much as in the middle and the high school levels, but you can see it."

In the absence of fathers, male educators often fill the void, serving as the voice of male authority and providing important lessons on attitude, behavior, discipline and how to succeed in life.

"You get called 'Dad' all the time," said Ken. "You can see boys that are attracted to you because their fathers are not there or are not active in their lives. It's the same thing for girls. It's kind of moving and sad when you hear them say, 'You're like my dad,' because you want to be there for them, but you also wish that there was someone else—a real father—who was meeting that need."

Even among young people who do have fathers in the home, a positive male role model at school can be a powerful influence. 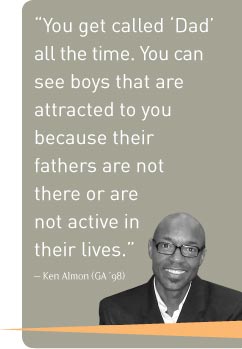 "Children, particularly boys, need to have men that they can identify with—someone who has been in their shoes and has become successful in society," said Chuck Willis (AL '05), principal of Smith Middle School in Birmingham, Alabama. "Not that they can't identify with women, but there are certain things that men can teach boys and encourage them to do that I think specifically comes from a male."

Anthony Whittington (MD '04) agrees. Though he is now a regional instructional specialist for Prince George's Regional Office III, he experienced firsthand the difficulties faced by young children without fathers during his eight years teaching fourth and fifth grade at Longfields Elementary School in Forestville, Maryland.

"Male teachers send an important message to students," he said. "Having a male teacher shows students that men care about education and learning, too. And witnessing an African-American male excited about learning stirs the fires of scholarship in many students, male and female."

Despite the profoundly positive influence that male educators can have on American schoolchildren, men still represent only a fraction of the teaching profession—especially in the elementary grades. According to the National Education Association, only 25 percent of the nation's three million teachers are men, and only nine percent teach at the elementary level. 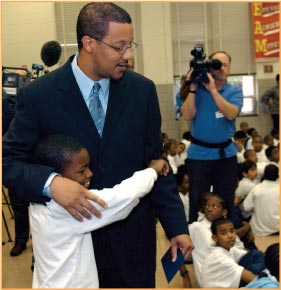 Why are there so few male elementary teachers? Anthony Whittington believes it's partly due to a lingering perception in society that being an elementary schoolteacher is "one step above being a daycare provider."

"There's this perception of teaching, especially in elementary school, as babysitting," said Anthony. "I hear that in the community and it just bothers me, because this is the best profession ever. And this is the most important profession, because we're giving kids the groundwork to be successful. I try to get the message out there that teaching is a wonderful profession, and that more people should aspire to be teachers."

As the only male among the six fifth-grade teachers in his school, Ken Almon agrees that a bias exists among men against elementary-level teaching.

"I'm a male, I definitely have male qualities," said Ken. "But I also have to be able to nurture, because I'm dealing with young kids, ages 10 and 11. And some men would rather deal with kids who are a little bit older, where there's not so much nurturing. I think nurturing is important in middle and high school as well, but it's not needed as much. You have to have a soft side to deal with young kids." Ironically, Ken began his career wanting to teach at the middle school level.

"I thought the fifth-grade students were going to be a little too babyish," he said. "I wanted to work with older kids."

The only position open at the time was in a fifth-grade classroom. He took the job, thinking he would eventually move to higher grades. He never did. Ken is now beginning his 23rd year of teaching fifth graders.

Neither does Anthony Whittington.

"I believe that some males struggle with society's perception of their masculinity if they choose to teach at the elementary level," he said.

"I never fell victim to that trap of skewed thinking." 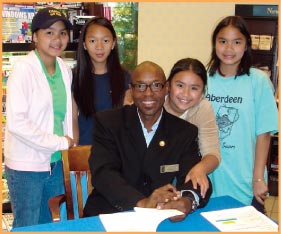 Compounding the nation's urgent need for more high-quality teachers of both genders in American classrooms is the need for more talented men to enter the profession. But how can this goal be achieved?

"I think we can get more men in the profession if we aggressively advertise," said Anthony. "We need to provide more perks for male teachers coming to elementary schools. If children could go to state colleges for free because their parents are teachers, I think we would double the number of male teachers right off the bat."

"When it comes to luring people into the profession," said Chuck, "money is at the forefront of their thought process. They want to be able to support themselves adequately over a lifetime. I think we lose a lot of people because of inadequate pay—not just men, but women as well—although I think it weighs more heavily on men in terms of their not being interested in education."

Ken Almon agrees that inadequate compensation is a deterrent for men considering a career in teaching.

"Men sometimes think they have to be the breadwinner," said Ken. "And you're not going to get rich doing what we do."

Beyond issues of compensation, Ken suggests that the key to attracting more men into the profession is to set a good example by being an outstanding educator.

"I think the more successful we are as teachers in elementary school, the greater influence we'll have in terms of drawing more teachers into it," said Ken Almon. "I think it has to be something that one is called to do, and I think it's up to us—the ones who are actually doing it—to let people know it's okay, there's nothing wrong with it. I'm honored to call myself a fifth-grade teacher." 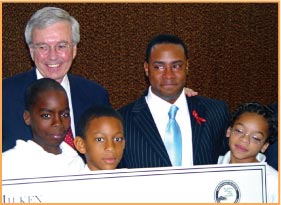 "He was more than just a choral director for the guys," said Ed. "My dad died when I was 12. Mr. Bonds was like a father figure for many of us who did not have fathers in the city. He opened up doors for experiences that we never would've dreamed were possible for us. There were other influential people in my school who supported me and helped me get to where I am today. But Mr. Bonds clearly sticks out, and I will always point to him as one of the influential African-American male role models in my life that encouraged me to do what I'm doing today."

From Samuel Lee Bonds to Ed Holmes to Kaleem Caire, the exponential impact of positive male educators on America's young people is palpably clear. The hope now is that more such men of good character will decide to enter the teaching profession, to serve as outstanding male role models for the millions of young people who need them.

"To this day," says Ed Holmes, "if Sam Bonds called me up and asked me anything, I would be on the next plane to Washington, D.C., asking, 'What do you need?' That's how deep it is."

"Together, we are rewriting the narrative of the Somerset Area School District. This is not the district I joined eleven years ago. We are so much better. ... We are rewriting our legacy in this town and for this community." 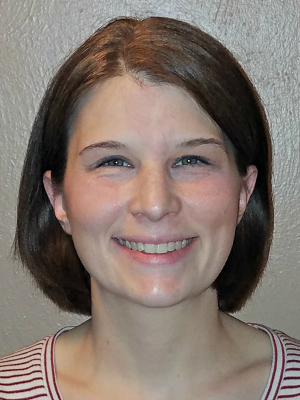