Wrapping Up Our 30th Anniversary Season 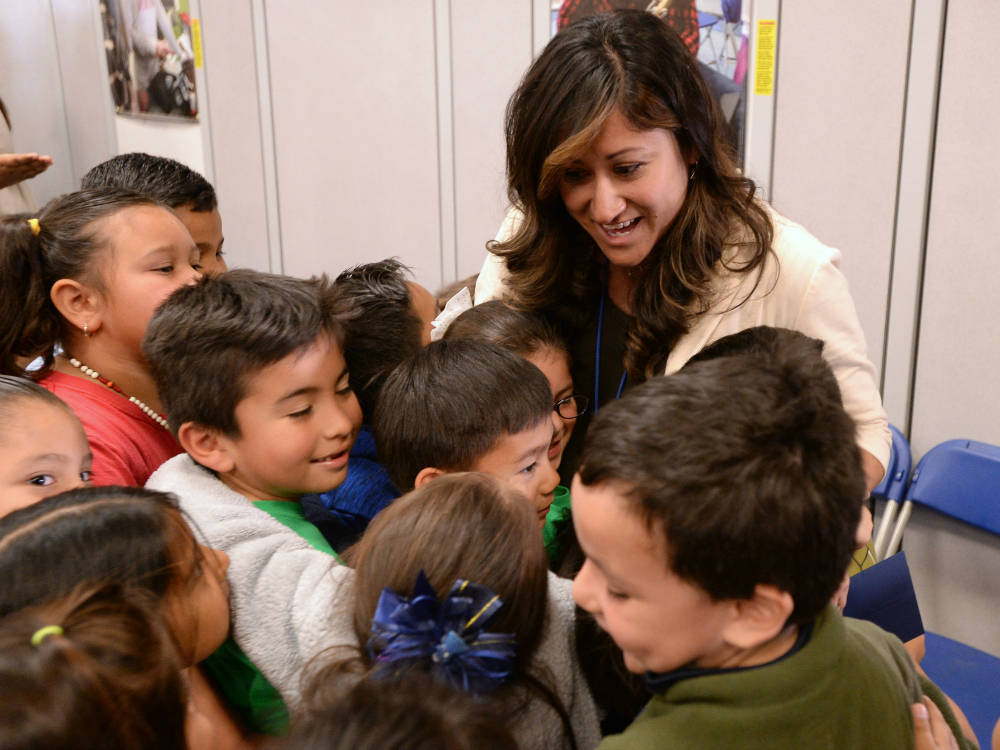 A slew of guests and veteran Milken Educators turned out to help Lowell Milken surprise Washington Elementary kindergarten teacher Katherine Shaw (CA '16) in Bellflower with a Milken Educator Award on March 3, 2017. Katherine was moved to tears and got a huge ovation from students and colleagues. When she took the microphone, Katherine thanked the Washington community for its support. "You have my heart," she told the students. Then, to her colleagues: "You've believed in me. I love coming here every day." 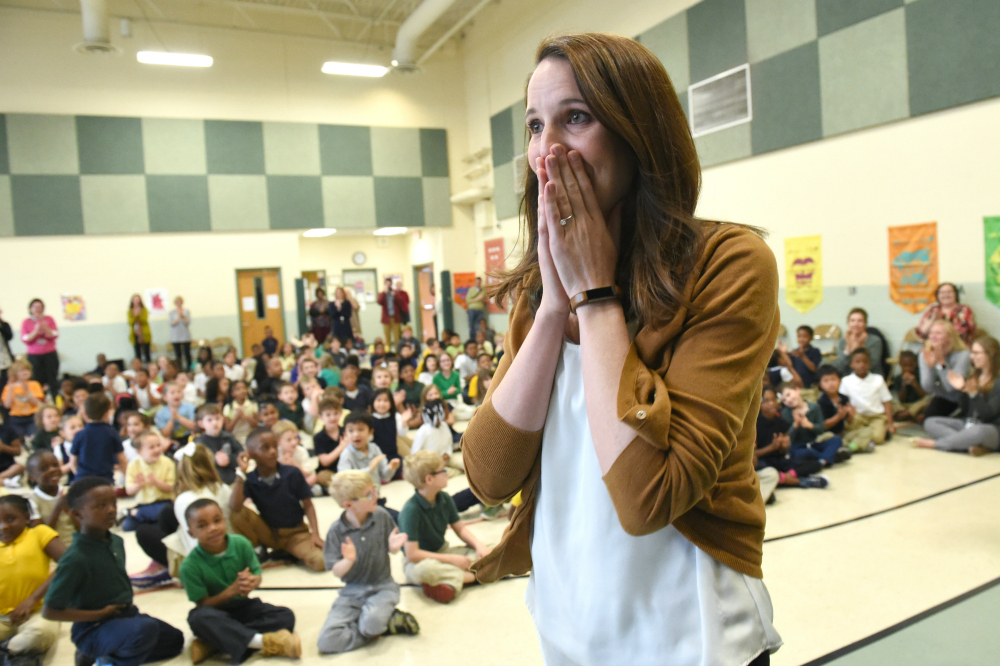 When the Milken Educator Awards team finally surprised third-grade teacher Katelyn Baker (TN '16) at Battle Academy in Chattanooga on March 7, Dr. Jane Foley shared the backstory with the assembly: The day's celebration was actually our fourth attempt to make this notification happen. Three earlier attempts were foiled by a snowstorm, a winter virus outbreak, and a tornado warning. Fortunately, the MEA team is persistent! After the notification, media gathered around Katie as she called her fiance. His initial reaction was exactly what you'd expect when hearing that his future wife had won a national award and $25,000: "WHAT???" 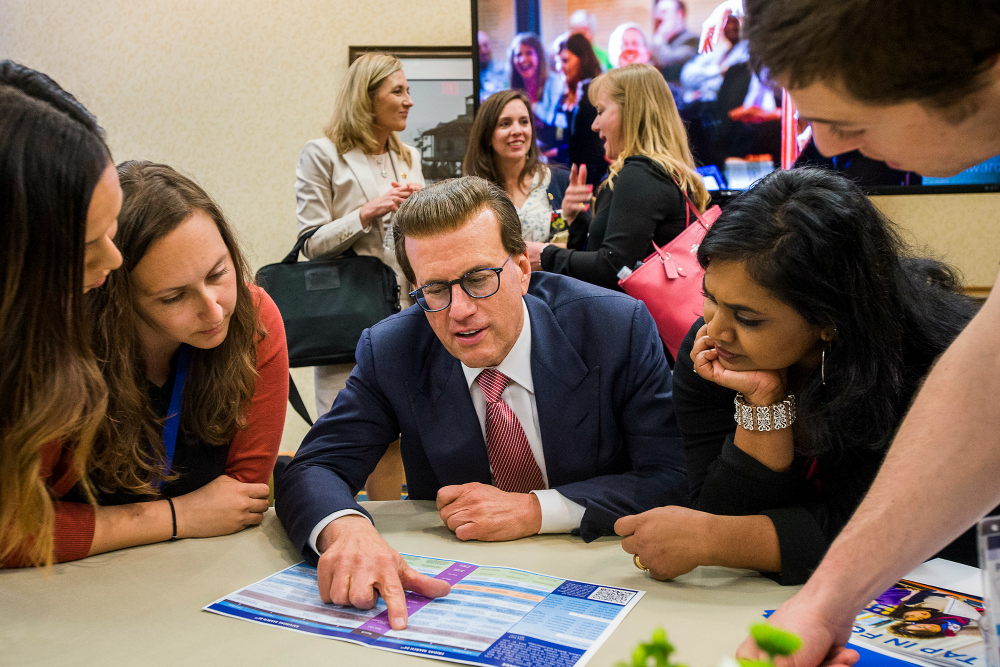 The 2016-17 class of Milken Educators gathered last week in New Orleans for the 2017 Milken Educator Awards Forum, held in conjunction with the National Institute for Excellence in Teaching's 2017 TAP Conference. Spending three days together with Lowell Milken, Jane Foley and veteran Milken Educators had a profound impact on the newest members of the Milken Educator family. Kara Davis (AR '16) says the Forum made her realize that "I have been dreaming too small," while Jennie Schmaltz (CO '16) reports that she "came out confident, sure, and ready to activate." Several participants wasted no time in taking their first steps toward finding their voice and developing their platforms to change their profession: Allison Ruhl (MS '16) has already begun an internship in administration and invited local elected officials to visit her classroom, and Jayda Pugliese (PA '16) submitted her candidacy for the Pennsylvania State Board of Education.