In 1954, a cartoonist and author named Theodore Geisel read a Life magazine article revealing that a major cause of illiteracy among schoolchildren was that the books they were assigned to read were, in a word, boring.

In response to the article, Geisel's publisher challenged him to write a book that would get children excited about reading, using 250 words that he thought every young reader should know.

Geisel — who for nearly two-and-a-half decades had been using the penname "Dr. Seuss" — rose to his publisher's challenge and wrote The Cat in the Hat, a book whose strange characters, surreal illustrations, mischievous humor and catchy rhyming verse have motivated generations of children not only to read, but to enjoy what they were reading.

Ivan Kershner may not be the household name that Dr. Seuss has become, but his humorous rhyming verse has made him something of a celebrity in his own right, both to the students and staff at Palmetto Middle School in Williamston, South Carolina, and to visitors of the Education World Web site (www.educationworld.com).

For the past two years, Kershner has been contributing biweekly poems to Education World as Mr. Ivan, The Principal Poet. Like the work of Dr. Seuss, Kershner's poems are catchy, comical rhymes. But far from dealing with cats in hats and green eggs and ham, Kershner's poems are grounded in the reality of middle school life and the foibles of middle school students, as many of the titles clearly suggest: "Taking Tests on Mondays," "Geography," "Sitting in the Hallway" and "Excuses," to name a few.

"I give voice to an underserved audience," said Kershner. "There aren't a lot of people writing poems about middle school."

Kershner has been writing poetry for more than 40 years. His interest in poetry was fueled in childhood by the friendship between his father, whom Kershner describes as "a true Wyoming cowboy," and Western poet S. Omar Barker. Barker often sent his unedited poems and stories to Kershner's father, who read them aloud to his son. As he grew older, Kershner developed a fondness for the poetry of Robert Frost, Carl Sandburg and Theodore Roethke, among others.

When Kershner began his educational career as an English teacher in Wyoming, he naturally incorporated poetry into his curriculum. But as he moved into administration — as a high school principal in Nebraska and Colorado, then as an assistant superintendent in Nebraska — poetry became something he wrote in his spare time.

A NEW WAY OF THINKING

If our heads came with shiny hinges
That made our noggins lift-off lids,
I'll bet all us poor students
Would be really smarter kids.

If our ears were little funnels
That hooked up to our brains,
I'll bet all our school learning
Could be done with little pain.

Instead of notes and study,
In place of books and pens,
We'd just go up to teacher
And say, "Pour some more smart in!"

She'd lift our lids and fill 'em up
With all the stuff she knows,
And when we got our fill of smart,
We'd simply holler, "Whoa!"

And if we ever took a test
And our thinking could not flow,
We'd just explain to teacher
That our thinking tank was low.
So she'd get her pail of knowledge,
And she'd make us tilt our tops.
She'd pour good things inside us
And when we'd leak, she'd stop.

But so far I've got no hinges,
And my funnels still are ears,
And teacher makes me study hard
And expects my ears to hear.

Perhaps some day it'll happen,
And perhaps all pigs will soar,
But until that magic moment comes
I'll just have to study more!

In 1994, he published a book of serious verse called Airports Full of People a Long Time Dead. The following year he was surprised with the Milken Educator Award.

After moving to Palmetto Middle School as a "pre-retirement move" and becoming assistant principal in charge of curriculum and instruction, Kershner began bringing his poems back into his work as an educator. This time he wrote poems about middle school life and began reading them aloud to students. His objective had less to do with getting young people to read and more to do with establishing a connection, reducing the stereotype that "principals are bad guys," and making students less afraid of going to the principal's office.

"I want kids in my office," said Kershner. "I want them to see me as a real human being — a confidante and mentor to them."

In 2006, Kershner sent several of his poems to Gary Hopkins, editor of Education World, who not only liked his poems but asked if Kershner would be interested in being one of the site's regular columnists. Since then Kershner has posted dozens of poems on a wide range of subjects, often inspired by actual experiences involving students at his school.

In addition to making connections with students, Kershner's other objective in sharing his poems is to demystify the process of writing. Part of his strategy is to show that published authors are real people. This is where his celebrity as The Principal Poet plays a role.

"When children can see living writers and get that connection — I think that's very powerful," said Kershner. "When I was a student, I believed that writers were these rather mysterious life forms that lived someplace else. I want students to realize that writers are real people and could be anyone — including themselves."

Indeed, one of the joys of Kershner's identity as The Principal Poet is the opportunity to encourage students to write poetry of their own.

THE GARDEN IN MY CLASSROOM

My classroom is my garden,
And my students are the seeds.
In late summer I open envelopes,
And shake out all their needs.

All fall I labor long
To tend each needful row
And nurture every tender shoot
With all the love I can bestow.

In winter, under icy blasts,
It's hard to see beneath the snow
And still ensure my efforts
Are helping flowers grow.

Yet, each spring I see my garden
As tiny flowers begin to show,
And I realize that lives are richer
Because of the love that I could sow.

"It's very common for me to have students come up to me and say they write poetry, too, and that they just haven't shown them to anyone," he said. "A lot of times I'll go into a classroom and write a poem with students out of thin air. I'll say, 'Give me a topic' and we'll create it right on the board. I really enjoy being a mentor to young authors — that's a big piece of it."

Another aspect of demystifying the process of writing is to get students thinking of poems as stories.

"A poem is merely a story condensed in verse," he said. "When I work with students, I tell them that you don't just start writing a poem. First you have a story in your head. I ask them, 'What story do you want to write about?' And they tell me a story. And I say to them, 'Now we can turn this into a short story, a novel or a play. But we're not going to do that. In about 20-30 lines, we're going to tell it in verse.'"

Taking tests on Mondays
Ought to be against the law
Because it forces me to think
Before my brain can thaw.

My brain is like a block of ice
And school is like the sun
So it's almost always Wednesday
Before my thoughts can run.

Tuesday's just like Monday,
No need to mention more.
And on Thursday, when it gets in gear,
My brain's already sore.

Now, on Friday I am ready.
My brain is running great…
As long as tests aren't early,
Or too hard or long or late.

Really, I guess the best day
To see what all I know
Is Saturday, but there's no school…
Oh well, that's how it goes!

Kershner also enjoys the fact that reading his poems to students gives him an excuse to go into teachers' classrooms and indulge for a moment in his first love, teaching. Now that his poems are available online, he says "the Internet has become my classroom."

His poems have recently made their way to other media."The Ranch Sale" has been put to music and recorded by a musical duo in Wyoming known as The Prickly Pair. And a company called The Master Teacher has crafted his poem "The Garden in My Classroom" into a lapel pin, with the full poem printed on an accompanying card.

"A good teacher has the power to save lives, change the world, and move mountains. How could I not end up in education?" 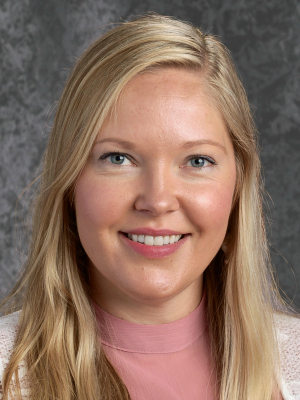