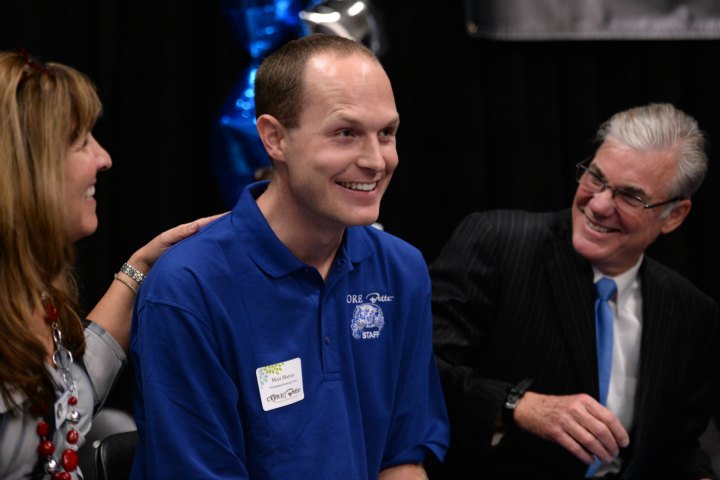 Matt Harvey (CA '15) says his best moments as a teacher are seeing students reach goals they doubted they could make: "Watching their faces light up with pride and accomplishment is life-changing." He received his Milken Award at CORE Butte Charter School in Chico on November 18, 2015.

Matt Harvey: I grew up wanting to work with young people. I always liked getting to teach younger kids skills I had learned. As I went through high school I really excelled at and enjoyed math, so when I finished high school I knew I wanted to be a math teacher.

MFF: What was your first job ever?

Matt: The first steady job I ever held was in high school doing landscape maintenance. This started as a summer job and continued for a while after that. The summer consisted of clearing five-foot-tall weeds from a large vacant lot. I realized quickly that I wanted to take my education seriously so I could choose a career with less manual labor. I also learned to take large overwhelming tasks a little bit at a time and not focus on the whole thing at once.

Matt: I've had many great teachers but two stick out to me: my fourth-grade teacher Mrs. Peppas and one of my high school math teachers, Mr. Huyck. I think the biggest thing that stuck with me is how much they seemed to take interest in me as an individual. I felt like they truly cared about me and that made an impact on me that I never forgot.

MFF: Tell us about your first year teaching.

Matt: I taught five different classes: junior high and high school math classes, as well as two computer classes. I think the most memorable moment was my first day as I realized that I was on my own for the first time. I was lucky enough to teach at a small school with small classes, so that made it less overwhelming, but realizing it was just me and the students gave me a "sink or swim" feeling. I had to learn quickly how to balance my attention to make all of the classes good, and I also spent a lot of time coaching and supervising extracurricular activities.

MFF: A student tells you he/she is thinking about a career in education. What do you say?

Matt: I would tell them it is probably one of the most rewarding things you could ever do. Watching a student do something they didn't think they could do is the most amazing experience. Watching their face light up with pride and accomplishment is life-changing. This job is extremely challenging and exhausting but those moments make all the hard work worthwhile.

Matt: This was the best part of the whole process. I teach at a small charter school where the kids often go overlooked by the larger traditional schools in our city. When our students found out that we were having a special presentation and important people would be coming to our school, they had so much pride and excitement. It gave them a great sense of affirmation that they are a part of a great school they should be proud of.

Matt: I teach in an extremely unique school where the schedule is similar to college — students choose their classes and schedule. My favorite time of the day are the two days each week when we have Homeroom and almost all of our students are on campus at the same time. The energy in the school is great!

Matt: We currently lease a space, so I would put the money toward finding a permanent site for our school. It would give our students a great sense of pride to have a permanent space to call our own.

Matt: I want them to remember how much I cared about each of them. I want them to say that I did everything in my power to make them not just better students, but better people. I hope they remember the high standard I set for them, and also the support that I gave them to be better than they ever thought they could be. I want them to say I treated them like individuals and that I made them feel important.

Matt: I would probably have pursued a career in sports or youth ministries. Any job I would do would involve people. I love working with people!

MFF: Finish this sentence: “I know I’m succeeding as an educator when….”

Matt: "...my students feel uncomfortable because I am pushing them, but continue to press on because they know they are supported." My job is about finding the right balance: pushing students while supporting them so they have the confidence to press on and succeed. When I find this balance my students often find the class difficult, but they have great respect for themselves after it is over. 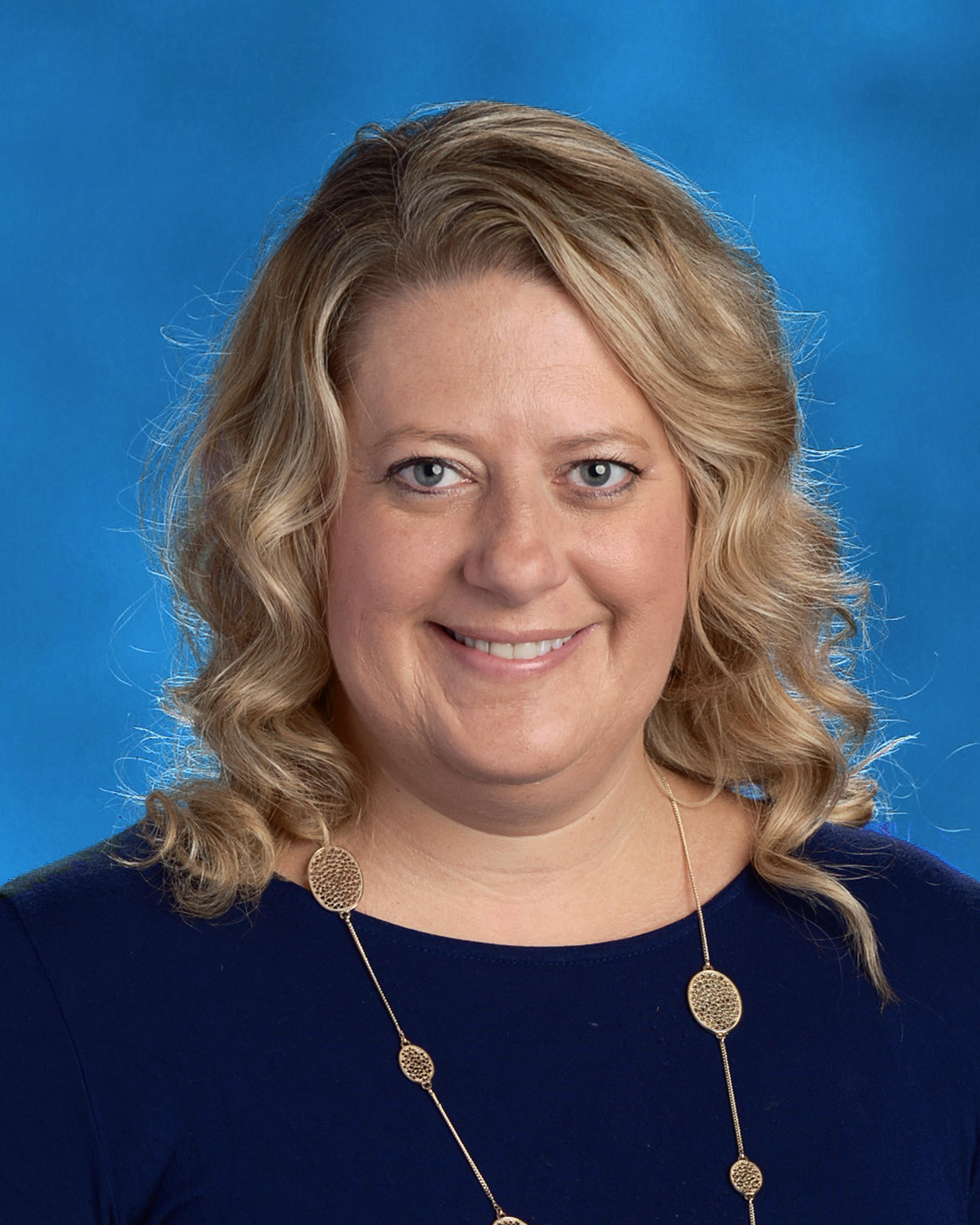