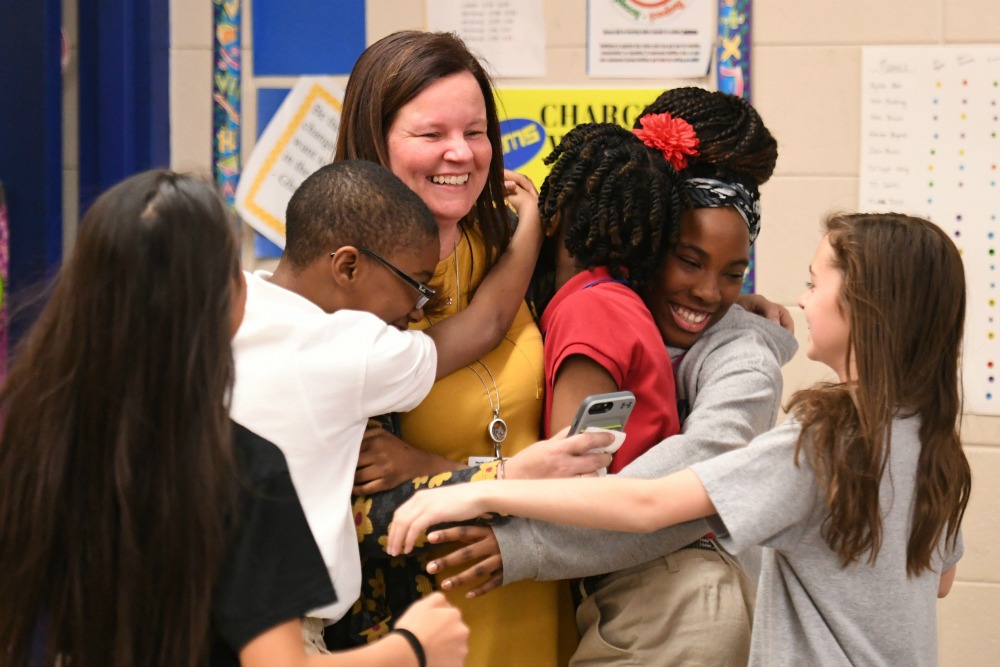 Dawn McLain (AR ’17) defines success as never giving up, reaching goals she once thought impossible, and “knowing that I made a difference in the lives of my students.” She won Arkansas’ 2017-18 Milken Award at North Little Rock Middle School on January 25, 2018.

1. What went through your mind when you heard your name called at your surprise notification?

Dawn McLain: I was in complete shock. I thought we were having an assembly to talk about Opportunity Culture. As Mr. [Mike] Milken began describing the Award, my students started tapping me and saying, “It’s you, Mrs. McLain!” I still can’t believe it some days. It seems so surreal.

Dawn: My students were so excited. A few of them have been interviewed by the media and it has been amazing to hear what they have to say about me. They are sixth-graders, so several of them thought I won enough money to retire and were afraid I was not going to come back to school. I am glad to know I have impacted their lives and they feel I have a true interest in them. Since the day of the Award I have received messages from former students and parents telling me congratulations and that they are so proud of me. 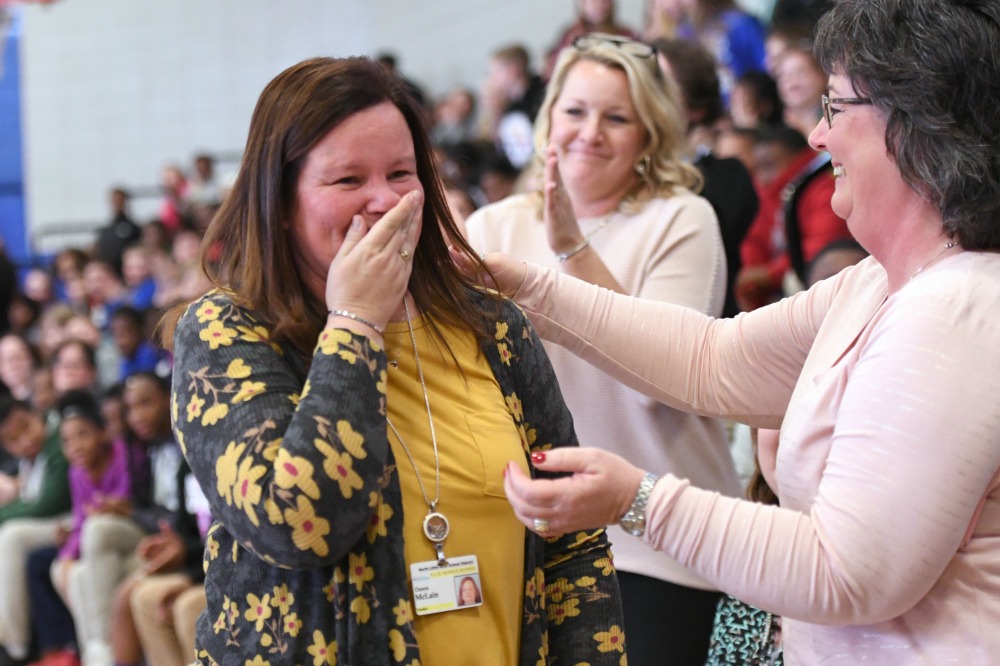 Dawn: I had recently completed my bachelor’s degree in business. The company I worked for had helped me pay for my education but there was little opportunity for advancement. I received a call from the school district where I had graduated; the elementary principal asked me if I had ever considered teaching, and would I be interested in coming for an interview? The position was for fifth- and sixth-grade math. I went for the interview and they hired me a week a later. I went back to school and completed my master’s in teaching.

Dawn: I had to think about this question for a while, but I kept coming back to one person. Clydie Hinton was my mentor at Blevins when I first started teaching. I remember thinking, “I hope I can do as good as job as she does one day.” She had a balance in her room between showing how much she cared but also pushing students to learn, and they were successful. The first day of my first year I started crying thinking I wasn’t going to be able to do it. I was scared and nervous. She told me I was going to be okay and basically pushed me out the door. Throughout that school year she always made time for me. 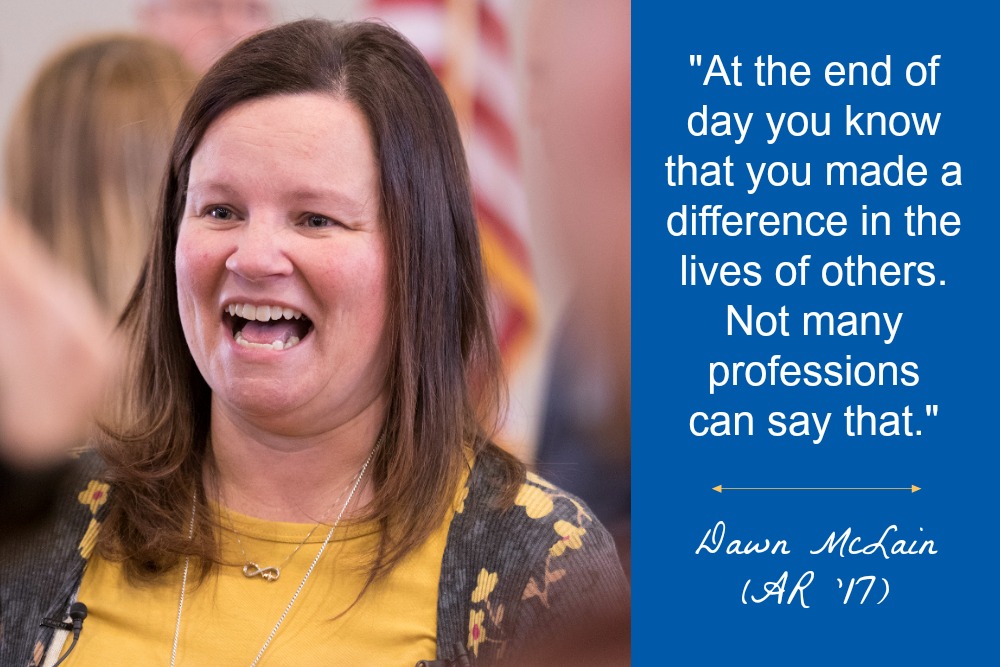 Dawn: My first year seemed easy because I taught in the small rural school where I grew up, and I knew most of the students and their parents. My third year was probably my real “first year of teaching.” I had moved to a new school where one grade was the size of my whole previous school district. I felt like I had to start all over and learn classroom management skills. I can remember several days when I wondered if this was really what I needed to be doing for a career.

Dawn: I think and hope my students will remember me as the teacher who really cared about them, not just about their education but about them as human beings. I also think some of them will remember the activities that we did. I try to incorporate as many activities as possible into my lessons, using things that are important and meaningful to them to try to connect the content to their lives in a way that will stick. 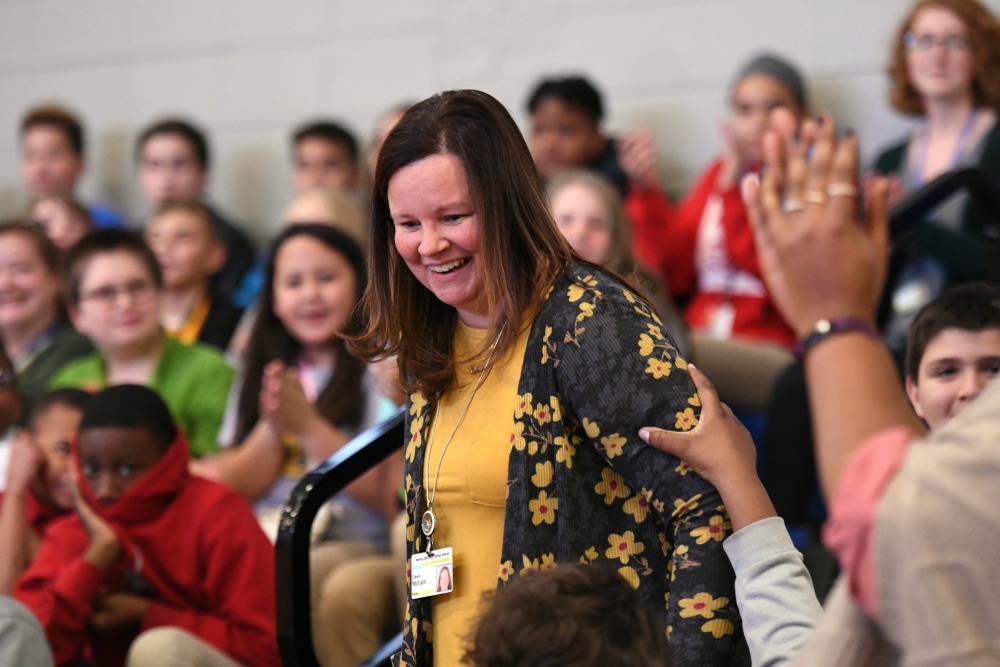 Dawn: Time. There is never enough time to make sure every student learns every concept. This year time is even more of a problem because of the new position I have taken [as a lead teacher]. I have to balance time with both my students and the teachers on my team.

Dawn: We are currently building a house and there are few things I would like to do that we would not have been able to purchase. I am sure I will buy some items for my classroom as well. My husband and I would like to take a trip because this summer we will celebrate our 10th anniversary. 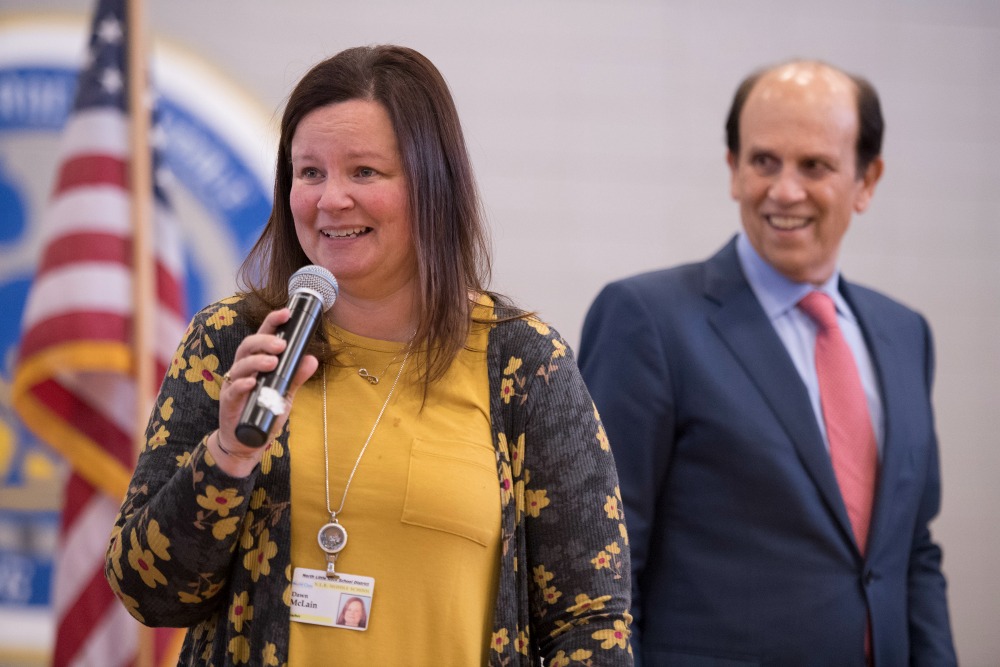 Dawn: I would tell them to go for it. I wanted to be a teacher originally but I made different decisions when I got out of high school that led me down a different path. I finally found my way to teaching and it was the best decision. Teaching can be rewarding and heartbreaking at the same time—literally sometimes in the same day and the same breath. At the end of day you know that you made a difference in the lives of others. Not many professions can say that.

Dawn: Never giving up and finally accomplishing something you thought was impossible or out of reach. Success in my life and my teaching will be looking back over my career and knowing that I made a difference in the lives of my students.

"Winning the Milken Educator Award has really built my confidence as a leader in education. It's given me the freedom to step out and take a risk because I know that what I do matters, and that I have a network of people standing behind me." 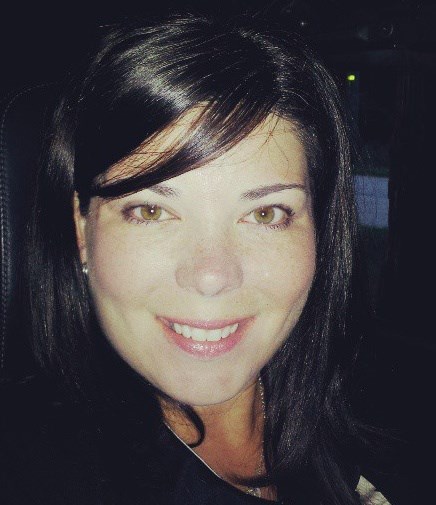