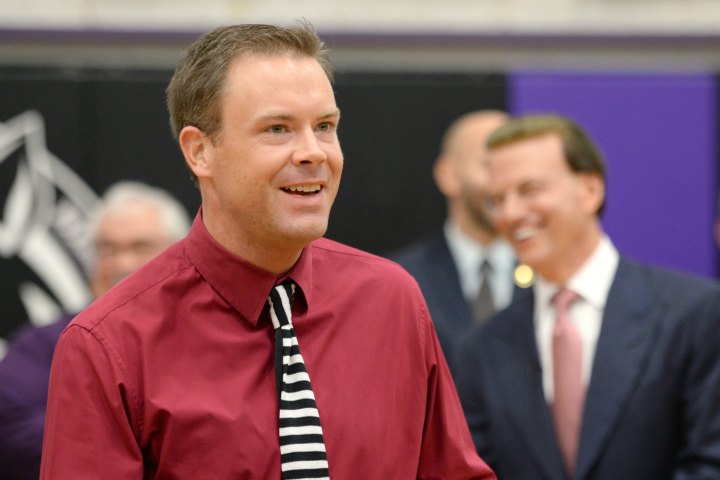 Bill Smithyman (KS '15) teaches English at Blue Valley Northwest High School in Overland Park and received his Milken Educator Award on October 26, 2015. We'll be sharing these conversations with our new class of Milken Educators throughout the season.

MFF: What was your very first job?

Bill: My first job was at a department store, with several jobs in retail or waiting tables that extended through college and into my first year teaching. I enjoyed having those jobs alongside teaching because they always carried an instant return on investment (i.e. tips) — a bit different from a nine-month experience with a student. I carry tons of things with me from those jobs: prioritizing, when to drop everything for the "hot" issue, getting along with coworkers and making them feel valued.

MFF: Tell us about your first year of teaching — good and bad.

Bill: My first class was nerve-wracking. I think anyone feels like a fraud when they’re doing something for the first time. I often played the "fake it until you make it" game that year, and I still do. Keeping everything in the air at the same time was the most difficult part of my first year, and when I see former students from that year, I tell them that they should definitely file to get a refund. I think my surprise was mainly how hard a teacher needs to paddle underwater in order to look calm on the surface, but my second surprise was simply the fast pace of it all. I would often fall asleep between six and seven at night — but that could just be my somewhat fragile immune system in a school of 1,600 runny noses. (That part has gotten better.)

MFF: A student tells you he or she is thinking about a career in education. How do you convince him/her?

Bill: "Do you want to enjoy what you do each day? Do you want both the excitement and the vulnerability of being personally responsible for directing the learning experiences of 120 kids a day? If the answer is yes, you’ll love it." I tell kids that I have more autonomy in decision-making than many of my peers in other fields, but that there’s a lot of responsibility that goes into that — and that each day, I feel that what I do is important and interesting.

Bill: They loved it, and they were so supportive. A "good" teacher is not always the most popular teacher, but their support meant the world to me. And I think they saw a "career highlight" moment that got them thinking about their own careers, teaching and otherwise. They consistently reference it (usually when I do something dumb in the classroom). Thankfully, they don't see me too differently than before, but they have been a bit more cognizant of all that I (and others) do in order to get to the final product in the classroom. I’ve had more behind-the-scenes "why" questions lately: Why is there a column on this sheet for context clues? Why are you having us do it this way instead of another way? They like hearing the "teacherspeak" rationale more than they ever have, if that makes sense. They had trouble with "Milken," so they converted it slowly over time to "the Milkman Award," and now occasionally they’ll just call me "the Milkman," which I think is both kind and really funny.

Bill: I really like our advisory period. It’s only once a week, but it’s our soft-skills programming period. Yes, I’m the advisory chairperson, so that has something to do with it, but I really like that we get to go beyond the scope and sequence of our own curricula and look at the whole child.

MFF: If someone gave you a million dollars to use in your classroom or school, what would you do with it?

Bill: I think a million dollars would be really difficult to spend. I’m not completely smitten with the Finnish education system everyone raves about these days, but I love the idea of having a minute-for-minute planning-to-instructing ratio. I think teachers are spread so thin sometimes, and that’s where a stale or outdated curriculum comes from. Most definitely, some 21st-century updating is in order — which takes time and money.

MFF: When you retire (someday), what do you want your former students and colleagues to say about you at your going-away party?

Bill: My favorite compliment has been consistent throughout the years, and I don’t think it will change for my retirement: "He's tough, but his class was so much fun." I love when students feel my class is valuable to them and that they were fortunate to be in it. After all, they spend nearly an hour a day with me — I’d be crushed if they didn’t feel it was worthwhile.

Bill: Humility check — this was a very real situation, as I didn’t get hired until two weeks before school started my first year. My plan was to wait tables in Chicago until something opened up! I think I might be in sales. If I can sell adverbial clauses to kids who just got hold of car keys, then I think I can sell anything to anyone.

MFF: Finish this sentence: "I know I’m succeeding as an educator when…"

"Robert Frost once said, 'I am not an educator, but an awakener.' When I walk into my classroom each morning, it is my goal to awaken something new in my students so that they can accomplish anything they set their minds to. Winning [the Milken Award] has awakened something in me that I never knew existed. It has pushed me to continue learning to become an even better awakener for my students. I look forward to continuing to grow and see where and what I'm led to do next." 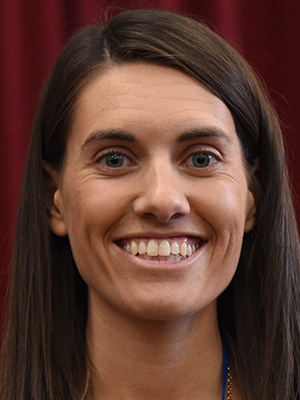