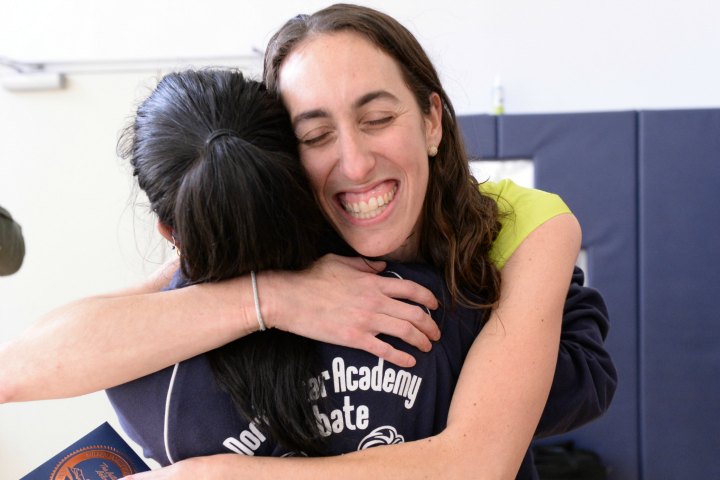 Computer science teacher Allison Cuttler (NJ '15) actually hated math in high school: Her college math professors helped her see the beauty in numbers and inspired her to pursue both a mathematics degree and a career as an educator. She received her Milken Educator Award at North Star Academy College Preparatory School in Newark on December 3, 2015.

Allison Cuttler: I hated math in high school but was lucky enough to have some PHENOMENAL math professors at Haverford College, where I completed my undergraduate degree. I went from taking math to satisfy a requirement, to thinking about minoring in math, to deciding to major in math, and ultimately to pursuing a graduate degree in math. I wasn't sure exactly where my career path would take me, but I knew that at some point I wanted to be the kind of impactful educator that those professors were for me. They really took a personal interest and believed in me long before I believed in myself – I wanted to be that for someone else.

Allison: I worked at a bakery in high school. I learned the value of quick mental math. On Sunday mornings, the line would be out the door and I would have to quickly add up each person's order, which often involved several boxes of pastries. Unfortunately, my math skills weren’t where they should have been and I often wound up completely making up a price (don’t tell the bakery!).

Allison: Mr. Fred Ciociola was my high school English teacher for two years. He was so passionate about literature and didn't need to put on a show to engage the class because he treated us as intellectuals and asked us the right questions to get us thinking. He also gave me really thoughtful feedback, which made me feel both respected and challenged as a writer.

Allison: I taught math at an amazing project-based school in Chula Vista, California, called High Tech High. My first year was really, really hard. I learned that I loved working with teenagers, but also that I had very little idea of how to work with teenagers. The hardest thing was learning that hours of planning and preparation were all for naught if you weren't actually meeting students where they were – and one of the most memorable lessons I remember is that as teachers, it is our JOB to meet students where they are, and bring them up to where we want them to be. I was also lucky enough to teach many of the same students as juniors and seniors, and so in many ways I feel that they helped me grow even more than I helped them.

Allison: As a teacher, you literally never know how you might be able to impact a particular student's life. Whether you are the spark that keeps someone motivated on a hard day, or the person who introduces them to what winds up being their intellectual passion, you have the opportunity to wake up every day and make a real difference in someone's life. The other great thing about teaching is that no matter how awful one day is, you always get to start over the next day. One thing I've found is that as much as kids can be your harshest critics, they're also extremely forgiving.

Allison: In addition to just being a lot of fun for them, I think it reinforced the idea that we are all on the same team. Every teacher and student in our building is committed to the same mission – the success of all of our students in college and beyond. The presentation brought the entire community together in a really positive way to celebrate that mission.

Allison: I love working with small groups of students in office hours and tutorial after school. There is nothing better than watching groups of students scribbling lots of code on the whiteboard and arguing (respectfully) over whose solution is better. It's also one of those moments when I feel like I have a little secret they don't know – that when they're in college, their academic lives are going to be filled with wonderful moments of casual intellectual discourse like this one.

MFF: If someone gave you a million dollars to use for your school, what would you do with it?

Allison: That's a tough question. I'd think about creating a "tech center" not just for my school, but for all Newark students. I've heard of similar things being done in Baltimore and the idea is fascinating to me. I'd basically want to create a hangout that feels like the Google or Facebook campus – lots of state-of-the-art laptops, 3D printers, and other equipment, with different coding workshops offered regularly on the weekends and in the evenings. Of course, like Google or Facebook, this would also need to include ping pong tables, an abundance of great snacks, and a generally inspiring environment to get the creative juices flowing.

Allison: I would be hosting a cooking show on the Food Network!

MFF: Finish this sentence: "I know I'm succeeding as an educator when…"

Allison: "…my students are able to attend the college of their dreams and successfully pursue whatever path they wish once they're there."

"I am in my second year of teaching [in our Teacher Pathway program], and every day I am reminded how amazing it is. It really has rekindled my love and passion for teaching because I have to tell my students my 'why.' I get to go back to the basics of effective teaching one class period, then live it as a teacher the next period. It also has fueled my passion for cultural responsiveness and fighting for the students who don’t feel like they are heard. I totally believe I am just a small part of building a better future for South Dakota’s education system. — Spotlight: Alison Ter Horst (SD '19) 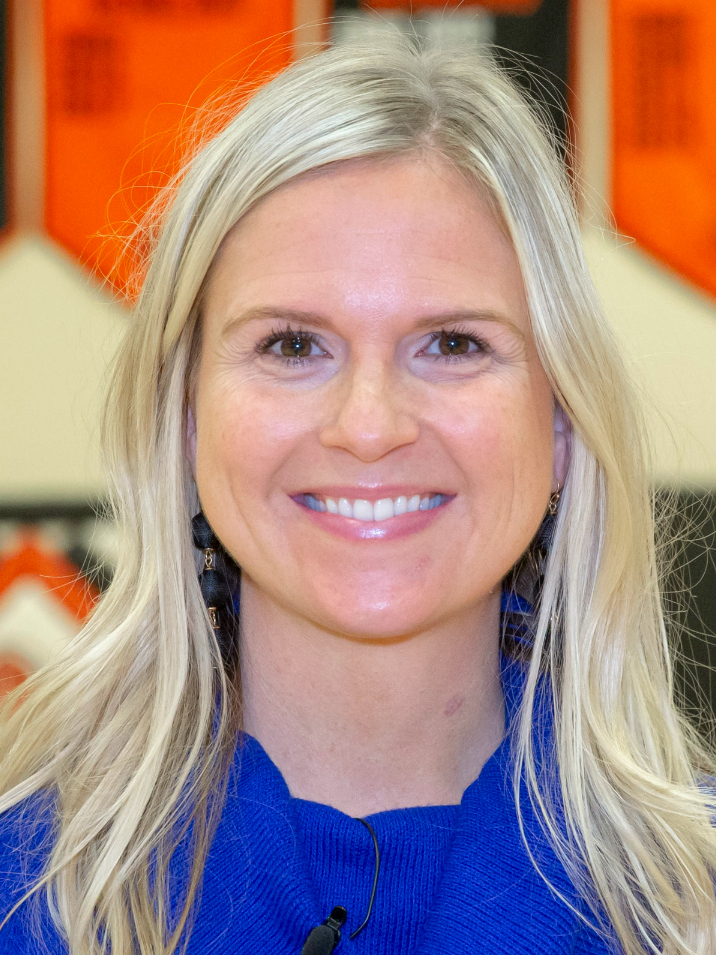