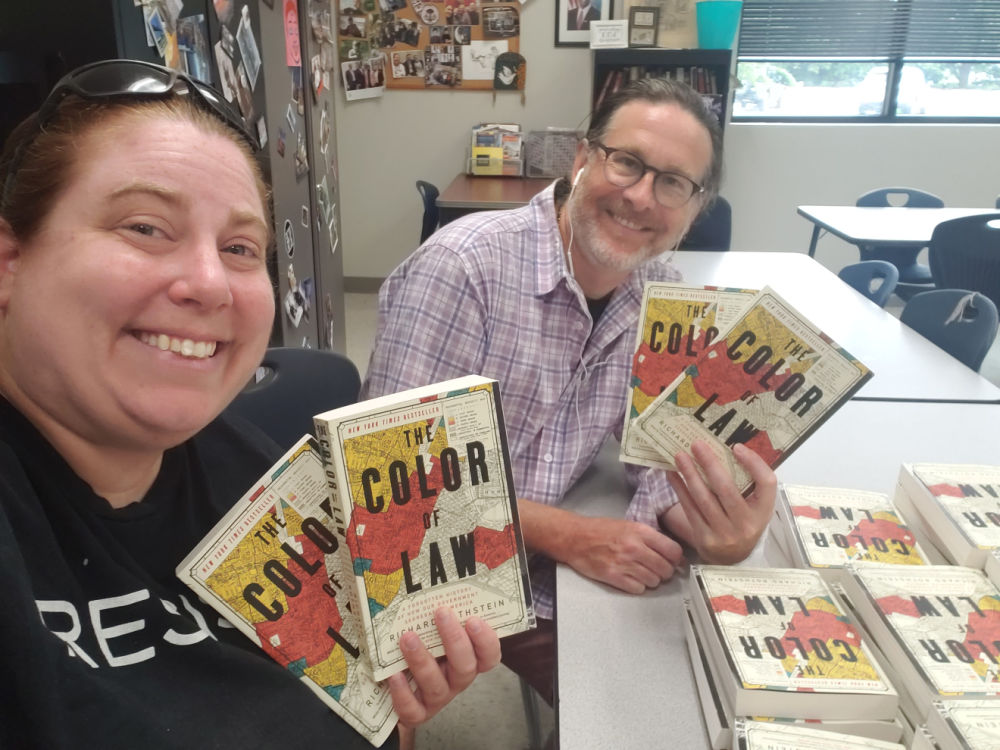 This summer, a group of students, graduates, teachers and staff from Palmetto Scholars Academy (PSA) met weekly in a new Social Justice Book Club, to discuss some of the difficult issues our country was dealing with in the wake of George Floyd’s murder in Minneapolis. We knew students wanted and needed to talk about what was happening, but between the pandemic and summer break, many of them were isolated and unable to have those conversations. Some of our students live in households where their families really don’t want to hear them or may have very different opinions. School is usually the place they turn when they need to talk.

The best way to combat hate and prejudice is to choose to be more educated on the issues of social justice. I worked with three coworkers—Lisa Hakamiun, Justin Gadsden and Edwin McAllister—to develop the list of books that we would read. We tried to break it down into themes so that we could have conversations about intersectionality. For example, not just what the African American experience is, but also what it is like to be gay and black, or black and female, etc.

I have done quite a few book discussions with students over the years, but not on this scale. It’s usually just one book that we discuss as a class. Because we were meeting virtually, I was able to open this book club up to alumni, teachers and counselors in addition to current students. I knew it would be small because it was summertime, but I wanted it to be meaningful.

For these topics, I didn't want to be the one leading the conversations. Three alumni and one current student agreed to moderate. I helped develop some of the questions for the discussions, but otherwise I was just a participant. Our primary moderator was Autumn Turner, a rising senior at University of Central Florida. I taught her from seventh grade through her senior year. She did so well in this role. Khalid Birch, a junior at College of Charleston whom I taught from 10th through 12th grade, was also a really helpful moderator. In the second half of the summer, he went on to moderate a local historical society book club on race and social justice, which was much bigger than my Palmetto book club!

It’s a long list, but not every participant read every book. I wanted everyone to have some choice so they could focus on what interested them within our theme of the week. Most people found the books at the library, but some ordered their own copies on Amazon or got them from the local used bookstore. A few also used the library to rent digital copies for their electronic devices (this is a super handy tool for classes too).

We were talking about emotionally charged topics. I think it’s so important to give people an outlet to have these conversations safely. When Autumn was at PSA, she created a club called Quiet Riot, a student-led safe space to discuss current events and issues that were important to them. She had learned a lot from that experience, so together we created guidelines for healthy, safe discussion. 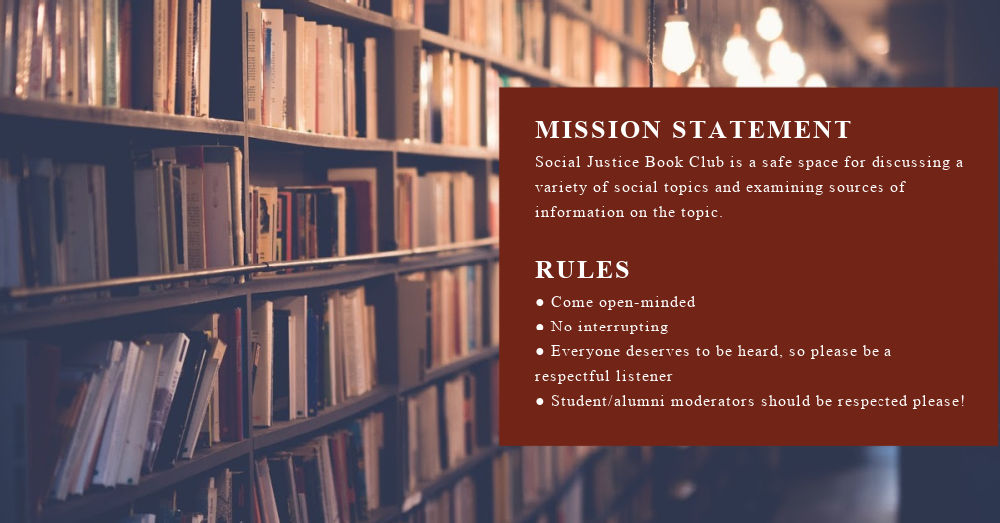 We led with open-ended questions to start things off, and to encourage open and honest dialogue. How do you act as an ally for others? Is racism the same for men and women? How did we get here? What steps are most important to make things better?

The other teachers, the counselor and I had decided we wanted to always let the students and alumni speak first so we wouldn’t dominate the conversation. At PSA we encourage our students to speak their minds starting in sixth grade. They aren’t typically shy about sharing their thoughts.

We didn’t expect that the vast majority of people who would choose to participate would hold similar viewpoints, but that’s the way it turned out. That led to discussions focused more on things learned from the reading, as well as how to have conversations with others outside of the club.

Our staff is closer because of the book club. Teachers talked about how helpful it was just to have an outlet for discussion. I was really surprised by how many people from our school staff didn’t know about many of the issues we tackled. We have a fairly diverse staff, but they still learned a lot about the struggles and history of other groups.

The club’s influence carried over to our curriculum, too. We had such amazing discussions with “The Color of Law” that I ended up getting a copy for every 11th grader. We did a monthlong cross-curricular unit on housing in English and Government. We even took a virtual “field trip” through Detroit after I decided to move home with my mom for a month when our school was fully remote.

The feedback from students about the book club was extremely positive. One of my now-seniors read every single book and told me the book club was the only thing he looked forward to all summer. His parents are both healthcare workers, so he was quarantined in his room for most of the summer break. I was sad that he felt so isolated, but also so happy that our discussions helped.

"Educational equity is more than the latest educational buzzword. It is a belief, a mindset, a mode of operation, a conviction, a commitment, a practice. If helping those students in the back is our goal, then it should be revealed through our core values, established by our actions, and evidenced by the success of every child passing through our care." — Connections: What We Can Do To Tackle Educational Inequity 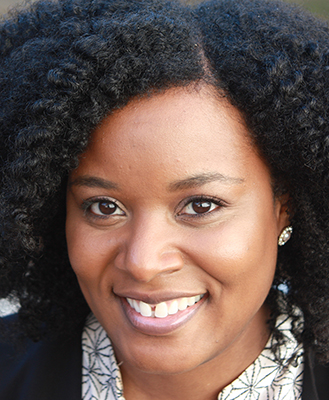