We Must Practice Civil Discourse 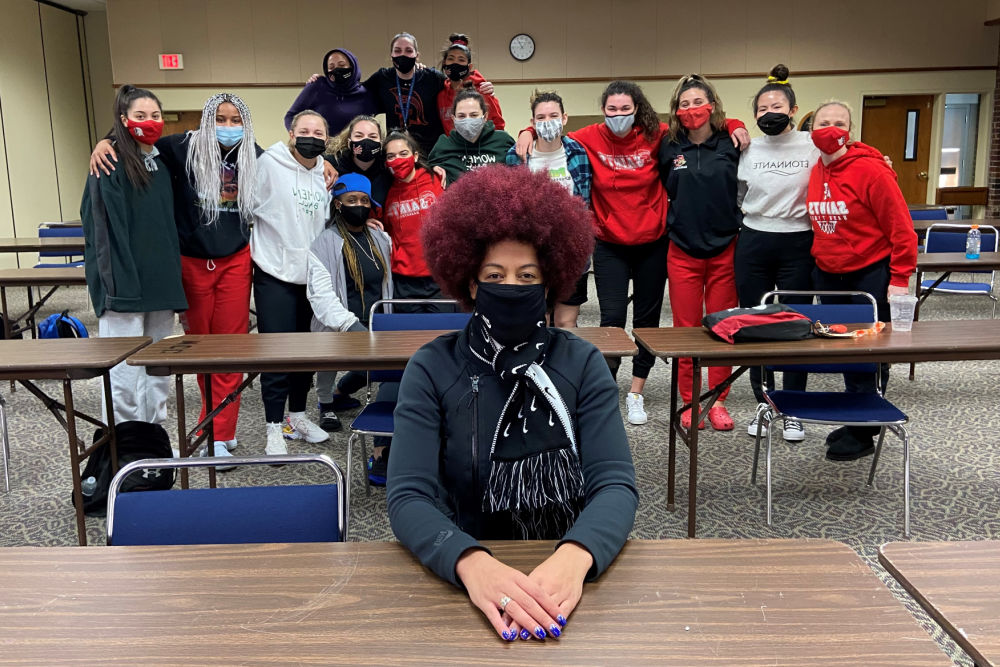 Erin Jones is an educational consultant focused on equity and social justice issues and the author of “Bridges to Heal US: Stories and Strategies for Racial Healing.” This article was originally published in the Cascadia Advocate and is shared here with the author's permission.

The year was 2009. Barack Obama had just been elected President. I very clearly remember hearing from Republican members of Congress (like Kentucky’s Mitch McConnell) that they were going to make it impossible for him to get anything done. They were going to say no to everything he put forward.

I was not involved in any way in politics at the time. I was a mother to three middle school children, a wife, and an educator.

In 2008, I had earned recognition as Washington State’s Milken Educator of the Year and was invited to serve as the director of the Center for the Improvement of Student Learning, a legislatively-created department within the Office of the Superintendent of Public Instruction devoted to helping public schools move towards equity and more effective family engagement practices.

Though I had been told schools were not political and that the Office of Superintendent was a nonpartisan role, I quickly discovered this was not true. Schools were incredibly political. Writing policy for schools was far from nonpartisan. As a recent classroom teacher, I found myself invited to testify at Olympia’s Capitol campus on a regular basis.

Although I definitely lean Democratic in my political outlook and philosophy, I have spent a lifetime in very mixed spaces, in communities that were more “purple” than either “red” or “blue.” As a classroom teacher, I was committed to serving all of my students well, regardless of whether their families tended to vote Republican or Democratic…or whether they voted at all.

I had learned to create spaces in my classroom, especially once I moved up to high school, where students could share their thoughts and beliefs freely.

I was especially proud that at lunch time my classroom was a space in which students from very diverse backgrounds felt safe to share meals and conversations with one another.

I sometimes think about my last classroom in Spokane, where I spent almost every lunch period with a conservative Christian girl whose family emigrated from the Ukraine in the late 1990s; a Muslim girl (the only one in our school to wear hijab) whose family had emigrated from Dubai; a half-Native American, half-Black girl; a half-Honduran, half-White American girl; and the only openly gay boy in our large school. Other students ended up in my classroom at different times, but these students were regulars. They did not always agree with each other, but they learned to appreciate and value the others’ company.

When I could feel tension in a conversation, I learned to ask questions, to invite students to get curious about one another by modeling my own curiosity. 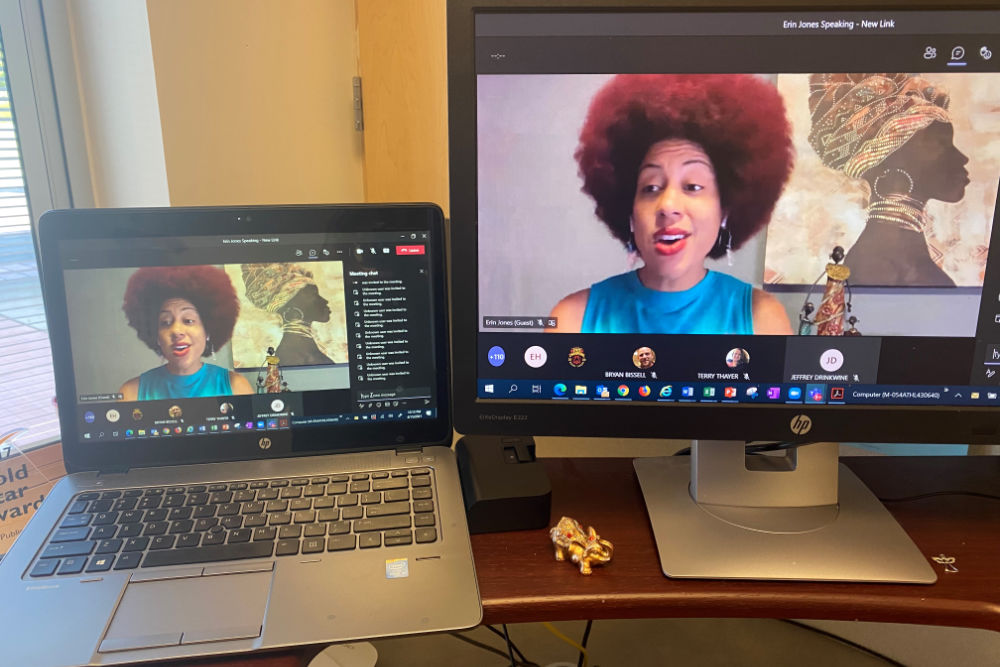 All these skills I developed in my classroom helped me engage lobbyists and legislators as I sought to advocate for students and educators at our state’s Capitol campus. I learned quickly that most decision-makers wanted to do good work for their constituents. Sometimes, however, they just had very limited experience with those who were different from them, so they made assumptions about what “all students” needed. I realized quickly that I had to “translate” my requests into language they could hear or share personal stories about real students and families to help legislators see from a different vantage point.

Although I did not always get the results I hoped for, overall I did good work in our statehouse, and that work prepared me well for the next chapter of my life, which was as the director of equity for a large urban school district.

That experience prepared me to run for statewide office.

Although I did not win that election (I lost by less than 1%), the process connected me to lawmakers at the local and state level from both sides of the aisle, and several who would describe themselves as “independent” thinkers.

Those connections have allowed me to engage in critical conversations and policymaking that most citizens do not have the privilege to do.

In many ways, the last four and a half years since my unsuccessful campaign have resulted in some of my best work, along with some of the most concrete changes in education at the district and state level.

At the same time, being able to see the legislative process from a different vantage point has also been terrifying.

Particularly in the last couple years, starting just before the pandemic, I began to see even greater polarization of elected officials and individual citizens.

“Us” against “them” was the common refrain in every decision-making space, from our state House to the federal government.

On a daily basis, sweeping judgements were being made on social media about anyone who associated themselves with either political party. We seemed to have lost the ability to talk to one another, to see one another as fellow Americans, which became all the more apparent as COVID-19 forced us completely online.

And then the January 6th insurrection took place—both in our nation’s capital at the Capitol and right here in Olympia at the governor’s mansion.

On that disturbing day, I was doing my regular walking workout, hoping to get four to five miles in around the Capitol campus. The first person I saw as I entered the area was a friend who serves on the Olympia City Council.

He did not make eye contact as I passed him. A look of terror covered his face. As I passed him a second time, he was just getting off the phone. He apologized for having not spoken before and asked if I knew what was happening.

I had no idea. I had been teaching all morning and had decided that I needed to get away from my house for a couple hours to just walk and clear my head.

The city councilmember explained that he had been on the phone hoping to convince the National Guard to send troops immediately to protect our streets.

As he walked me through what he knew, I was acutely aware of the potential for the kind of division that could lead to massive, nationwide civil unrest.

I had witnessed that kind of unrest in other countries, particularly as a young person attending the American School of The Hague in the 1980s.

I had been feeling discomfort as I watched the news and watched people on my social media engage in antagonistic ways that escalated during and following the election of President Biden. I was instantly fearful and struggled to imagine a future in the United States that would allow true democracy to thrive—a political process that invited all people to engage.

We as a nation had clearly lost our ability to participate in civil discourse.

And then I wondered: Have we ever had that ability in my lifetime? 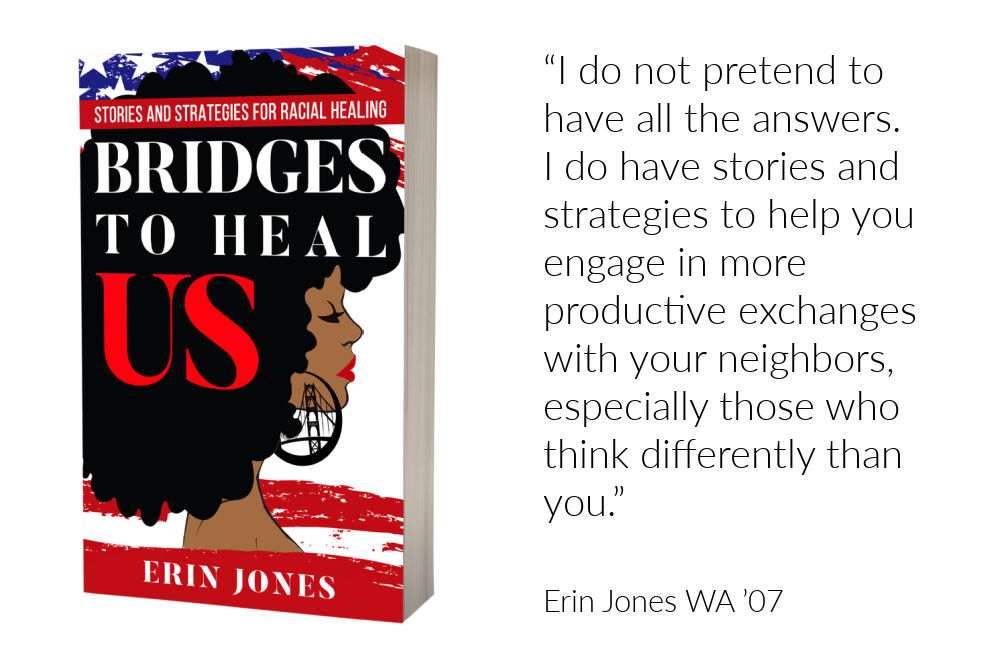 In that moment, at the height of our greatest angst as a nation in my 50 years of life, I decided to write a book that I hoped would I invite people into conversations about hard things. I concluded that maybe we had just not developed the attitudes and habits necessary to engage in civil discourse.

As a forever-teacher, I made the decision to use my teaching skills and my unique story to invite people on a journey with me—Republicans and Democrats, Christians and Muslims, atheists and agnostics, youth and adults—to learn and practice the skills I believe are required to get us to a healthy place, to help us live up to the ideals of the great experiment called the United States.

I do not pretend to have all the answers.

In fact, I do not pretend to have most of them. What I do have are some stories and strategies I can recommend to help you engage in more productive exchanges with your neighbors, especially those who think differently than you.

There are many books out right now devoted to our present situation. Mine is just one of many, but I hope that “Bridges to Heal Us” will provide hope and practical strategies to anyone who chooses to take up the challenge.

I remain firm in my belief that America is a great nation. However, we have not arrived at a place where every citizen and every resident is able to flourish.

Until we get to that point, we would be well served by devoting ourselves to conversations and actions that lead us to a more perfect union.

"The rewards of being a teacher might not come daily and you might have to search for small wins every day, but they are around us all the time. As a teacher, you have to recognize those small wins and be passionate about the impact you have every single day on all the students and people that you encounter. You are a leader in your classroom and all eyes are on you to model positivity, high expectations and consistency, while being an effective educator who is constantly learning and growing within the profession." 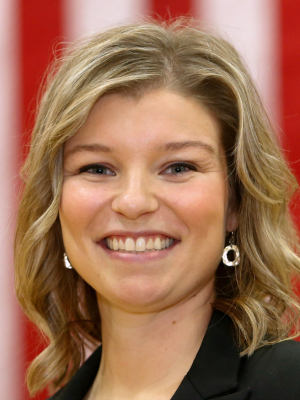