Milken Family Foundation Chairman and Co-Founder Lowell Milken talked to journalist Jane Stoddard Williams about his commitment to education and the importance of supporting and recognizing outstanding teachers. Williams is host of Bloomberg EDU, which launched in January 2011 and is a national radio program devoted to covering education in America.

During the interview, Lowell Milken spoke about the goals of the program, which honors top educators around the country with $25,000 unrestricted awards.

“The goal is to significantly acknowledge the work and talent of individual educators,” he said in the interview with Williams. “And in that mode to try to elevate the profession, and importantly to try to encourage talented young people to possibly consider a career in education.”

The Milken Family Foundation is currently touring the country awarding unsuspecting, and very deserving, educators. The names of Milken Educator Award recipients are kept secret until their names are announced at emotional all-school assemblies in front of cheering students and colleagues, their community and media. 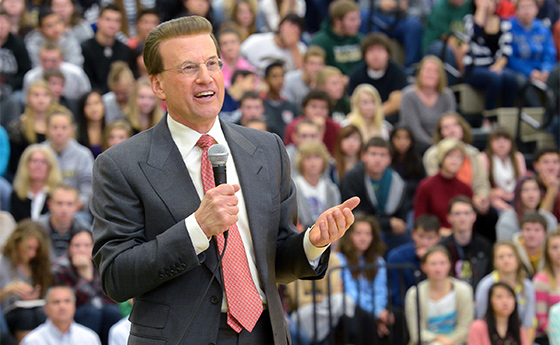 Lowell Milken speaks in front of a crowd.

Wade Whitehead, a fourth-generation teacher and a winner of the 2000 Milken Educator Award from Roanoke, Virginia, recalled the day he heard his name called. Wade Whitehead (center), winner of the 2000 Milken Educator Award, is a founder of Virginia Teachers of Promise, which recognizes the state’s top educators-in-training.

“Total shock—total surprise,” he said. “I think all Milken recipients express the same just utter shock at the events that unfold in front of us.” The Award’s focus on teacher excellence resonates with Whitehead, who said that despite the many changes in education, “what hasn’t changed is that the number one school-controlled variable in how much kids learn is teacher quality.” “It definitely had a profound effect on me,” she said. “It all comes back to the Milken Award.”

“Once you’re a Milken Educator, people pay attention to what you have to say,” she said during the roundtable interview with her two fellow recipients.

2003 Milken Educator Award winner Nader Twal from Long Beach, California, had planned to skip the assembly that was secretly being held in his honor—that is until his principal made it mandatory that he and his students attend. Twal said he felt teaching his students would be more beneficial for them than attending an assembly. 2003 Milken Educator Award winner Nader Twal is shown walking with his students in this archive photo.

“I not only ate my words, but I walked away inspired,” Twal said. “It completely changed the way I understood the possibilities for the impact that a classroom teacher could have.” Twal has gone on to lead innovation in one of the nation’s largest districts, Long Beach Unified.

Listen to the entire inspirational interview on Education Week. 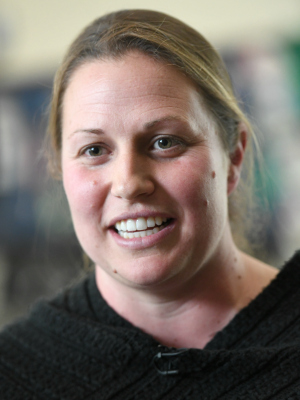