Gina Benz (SD '15) sent us this letter in October 2015, shortly after receiving South Dakota's 2015-16 Milken Educator Award at Roosevelt High School in Sioux Falls. We're sharing it with her permission.

One week ago today I was awarded the Milken Educator Award in South Dakota. That day will be a special memory for as long as I live, and it has given me an extra burst of energy as I continue in my life's work. Thank you for the award, thank you for creating such a special day, and thank you for your support since.

What I most want you to know today is that your work, your mission is fruitful. I may be proof. Just over 10 years ago, you began awarding the Milken Educator Award in South Dakota. In my mind, I can still see the article and photo in the newspaper about Karen Lukens, the recipient from my school district. When Karen won her Award, I thought, "Wow. That's something I would love to achieve." I knew the chances were slim, less than 1 percent. I also knew that even if I never won the Award, the striving itself would yield many rewards, some tangible but most intangible. Since that time, I've worked hard to be the very best teacher I can be for my students and my community. Sometimes the work has been overwhelming, tiring, and just plain hard. Most times the work has been deeply satisfying — a reward in and of itself.

I have not worked hard in this, my life's calling, to win awards. But awards do inspire people. Even more than becoming a Milken Educator, I have wanted to be a teacher like Karen Lukens. I have wanted to provide students with the skills they need to even have their dreams available to them. I have wanted to share books that inspire students to know themselves and others better so they might have more compassion and give more grace. I have wanted to create a sense of community in this big school that would mirror the small, rural school where I grew up. I saw that those desires were a part of Karen's mission, and I was inspired to be the very best teacher I could be for my students and for my community.

So thank you for providing role models, encouragement, and inspiration to teachers all over South Dakota and our nation. I am proof that the Milken [Award] not only recognizes teachers but inspires them. One week in, I don't know where this Award will take me, but I do know that I am excited to answer the call to "attract, retain, and motivate the very best talent to the American teaching profession."

"Keeping educators in the field is essential and that's why we need to recognize and reward all excellent teachers." 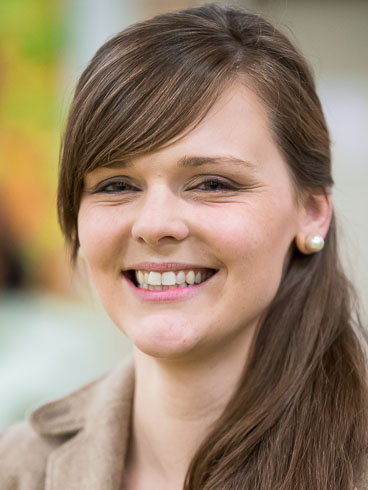