How We Learn: Founders Bootcamp 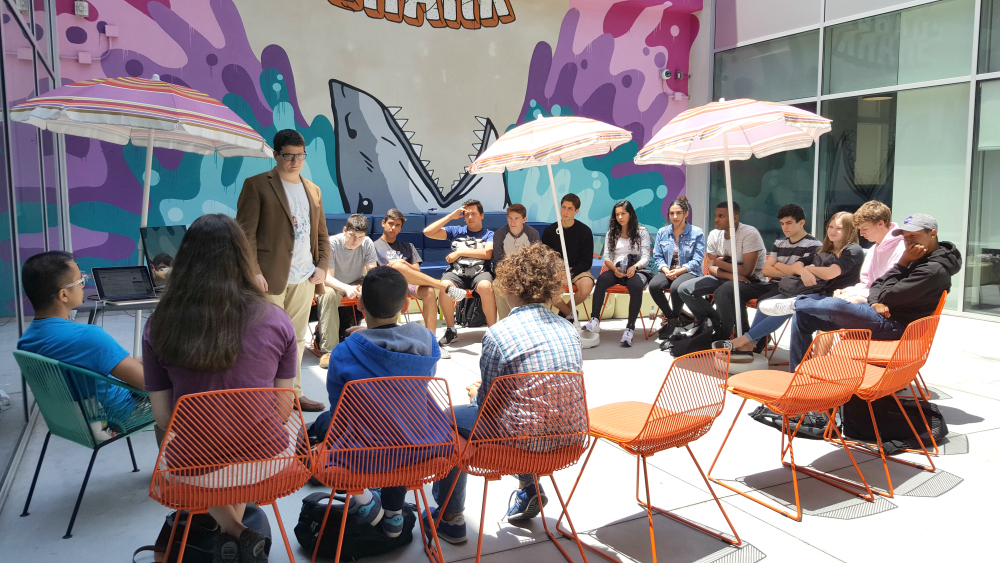 WHERE: The courtyard at WeWork, a co-working space in Santa Monica, California

WHO: Milken Educator Roger Kassebaum (NE '97, not pictured), entrepreneur and investor Richard Dahan, and a couple dozen students from private and public schools around Los Angeles who are participating in Founders Bootcamp, a summer program for young entrepreneurs supported by Exseedu and the University of California, Los Angeles (UCLA).

WHAT THEY'RE DOING: Preparing for a conference call with Nick Lazaris, the former CEO of coffee industry disruptor Keurig, Inc. During the hour-long conversation, one of many the students have had during the program with prominent members of the business community, Lazaris described Keurig's initial go-to-market strategy, explained its decision to partner with existing coffee brands for the K-cups that go in Keurig machines, and offered golden tips on market research ("Try not to give away product during market testing—it skews people's reactions") and pitching investors ("Get them to ask you questions"), both of which the students would be doing later in the summer. The Founders Bootcamp participants had done their homework before the call with Lazaris, and it showed in the sophistication of their questions: "What was Keurig's target market, and how did that change over time?" "Who were your competitors in the single-serve coffee sector, and how did you handle them?" "How did the K-cup licensing model develop?"

WHY: "We aim to fundamentally transform high school education by empowering students with a learn-by-doing curriculum that results in advantageous skills to thrive in the modern world," says Roger, who during the year is the director of the Mitchell Academy of Science and Technology and Guerin Family Institute for Advanced Sciences at Milken Community Schools. The summer program, called "the first high school startup accelerator in the world," helped the student teams create real companies from scratch, with access to essential resources, experienced mentors, and initial budgets of $5,000 or more. Coached by mentors with undergraduate and graduate degrees as well as professional experience, the teams developed functional products, signed up beta users, and presented their ideas in weekly milestones, culminating in a final "demo day" in front of institutional investors. "Learning is greatly enhanced when students can take what they learn in the classroom curriculum and then apply it to the real world...[they] learn by doing in a safe, nurturing environment that values learning by failing and succeeding," says Roger. In addition to business and technology skills, Roger and Richard (a former student of Roger's at Milken Community Schools) have taken pains to expose the Founders Bootcamp participants to important elements of startup culture. When technology hiccups interrupted the Google Hangout video conference with Lazaris, Richard called him on his cell phone, which students passed around as they took turns asking questions. "Entrepreneurs make do with what they have and find a way to get it done," he reminded the group. And what's startup life without the occasional all-nighter? Fueled by coffee and spread out among the WeWork conference rooms, teams powered through a 24-hour "hackathon" to get their MVPs (minimum viable products) ready to demo and pitch. A side benefit of all-nighters in Santa Monica: sunrise at the beach.

Roger and Richard hope students leave Founders Bootcamp with increased self-confidence. "Youth represents the most creative element of society," says Roger. "We need their creativity combined with their confidence so that as they observe the problems around them, they [can] voice their opinions and become part of the solution. We want our students to be able to create their own jobs rather than applying for jobs. We want them to start companies that create jobs not only for themselves, but for others."

"Things I learned not to do during [my first year of teaching]: Don’t yell at the students, because they will turn a deaf ear. Don’t engage in the rage when a student comes at you—just keep your cool and walk away. And don’t try to be perfect at everything. Work on one thing, complete it, and move on to the next task. Make it perfect next year. Things I learned to keep doing: Show them respect, because they deserve it. Show them compassion and love, because they may not always get it. Show them how to do everything step by step, because rushing through will only make everything go more slowly." — Spotlight: Susan Moreno (TX '19) 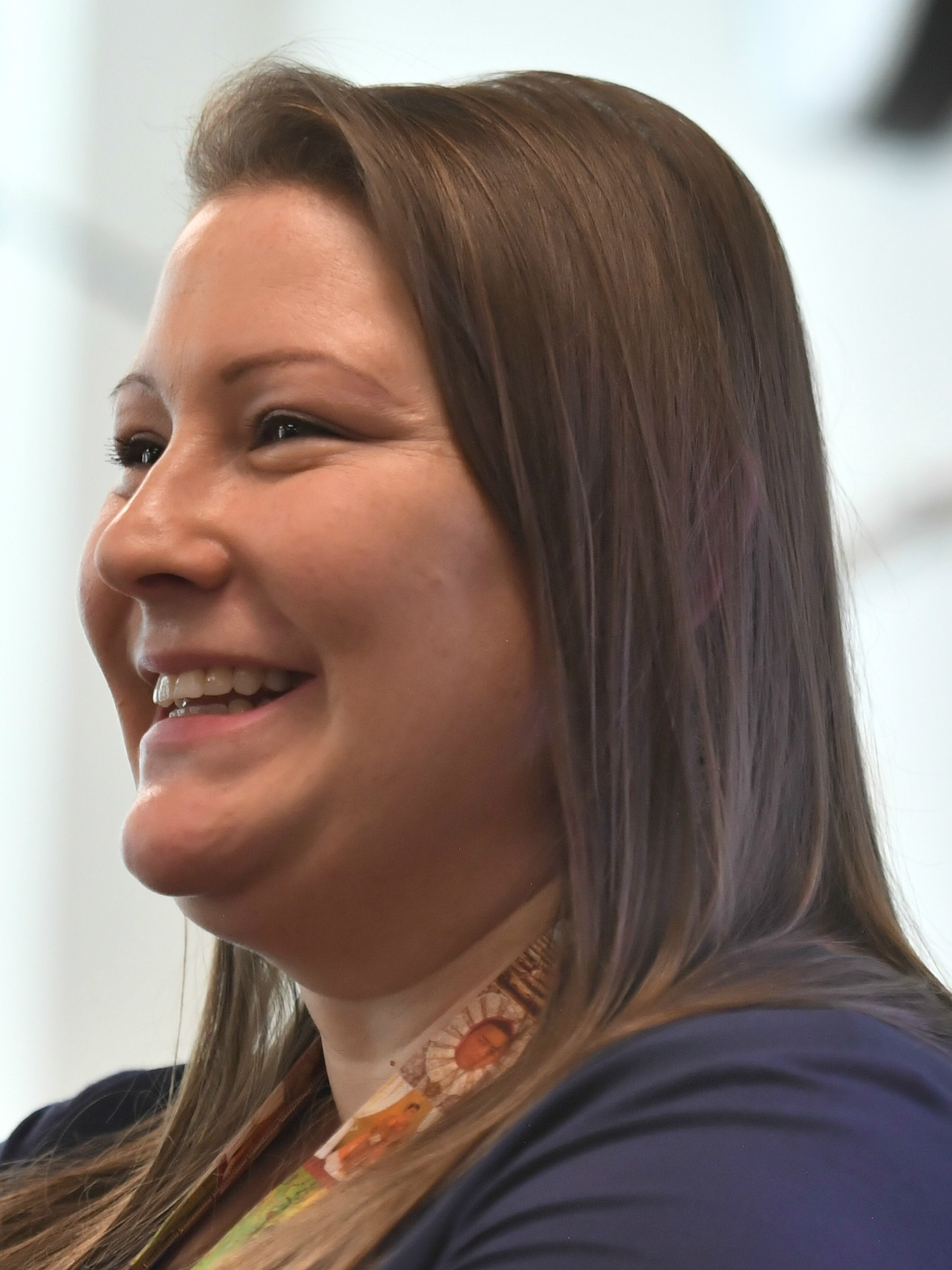