William Henderson (MA '98), Blind Educator of the Year receives a prestigious honor for his career as a visionary educator

This article has been abridged and reprinted with permission from the National Federation of the Blind (www.nfb.org).

The Blind Educator of the Year Award was instituted by the National Organization of Blind Educators (NOBE) to pay tribute to an outstanding teacher for excellent classroom performance, uncommon community service, and outstanding commitment to the National Federation of the Blind (NFB). William Henderson (MA '98) received the 2009 Blind Educator of the Year Award as the principal of the O'Hearn Elementary School in Boston, Massachusetts upon his retirement this year. Henderson and the O'Hearn School have been recognized in the city of Boston, in the state of Massachusetts, and on the national level for its exceptional work maximizing opportunities for students from diverse ethnic, linguistic, and ability backgrounds. Then, on Tuesday, June 23, 2009 the city of Boston, the Boston School Committee, and the O'Hearn School decided to rename the school after Henderson. It is now the Dr. William H. Henderson Inclusive Elementary School.

On Henderson's award from the NFB, these words appear:

You enhance the present,
You inspire your colleagues,
You build the future.

The following is excerpted from Henderson's acceptance speech:

"When I started as a middle-school teacher in the Boston public schools in the 1970s, I also started to lose my vision. I went for some advice. The first person I saw was a retina specialist. He suggested that I get out of education. The next person I saw was an assistant school superintendent. He told me not to worry because I qualified for disability retirement. These highly skilled professionals were obviously not very enlightened. 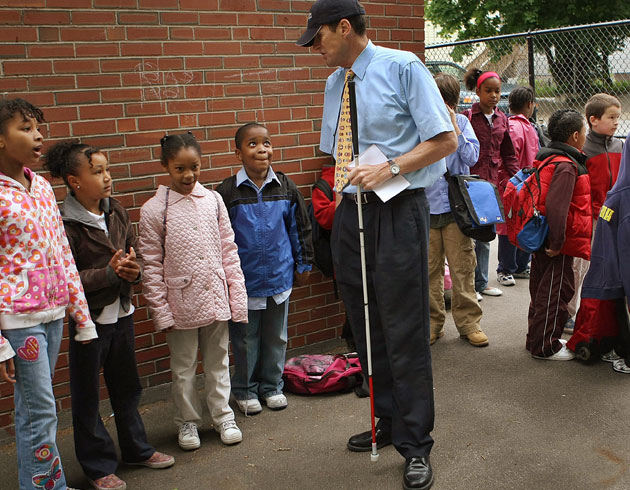 Students at O’Hearn Elementary take a break from the playground to speak with Principal William Henderson, who retired in 2010. Photo by David Ryan. Courtesy of the Boston Globe.

"We want all students from diverse ethnic, linguistic, and ability backgrounds to participate in rigorous academic classes. Whether they see or not, whether they use wheelchairs or not, whether they have autism or not, we want them to participate in rich arts experiences and extracurricular activities. We want all of our children to figure out how they can best contribute, starting out in their homes and in their schools. Ultimately the goal of education is to contribute in our communities and in the greater world.

"In this organization we talk about changing attitudes toward blind folks. Because we are an inclusive school, our students see folks with a wide range of abilities all the time. Let me tell you a little story. While I was at work I began learning Braille. Once a month the Massachusetts Commission for the Blind used to send somebody out at four o'clock— the end of the school day— to help me with my Braille skills. A young man came to our school using the white cane. He would come into our school at the end of the day when most of the students had gone home, but some were still there. The students were used to a blind principal. What do you think they asked this young man who came into our school? Were they like that eye specialist who said, "You need to get out of education"? Were they like the administrator saying, "Disability retirement"? No. The question these young people asked him was, "Sir, in what school are you the principal?"

Read the full National Federation of the Blind article here.

"While I was in college, I saw how underrepresented women were in math and computer science classes. That was my inspiration to teach high school math and encourage smart women to stay in STEM." — Spotlight: Laura Cole (KY '19) 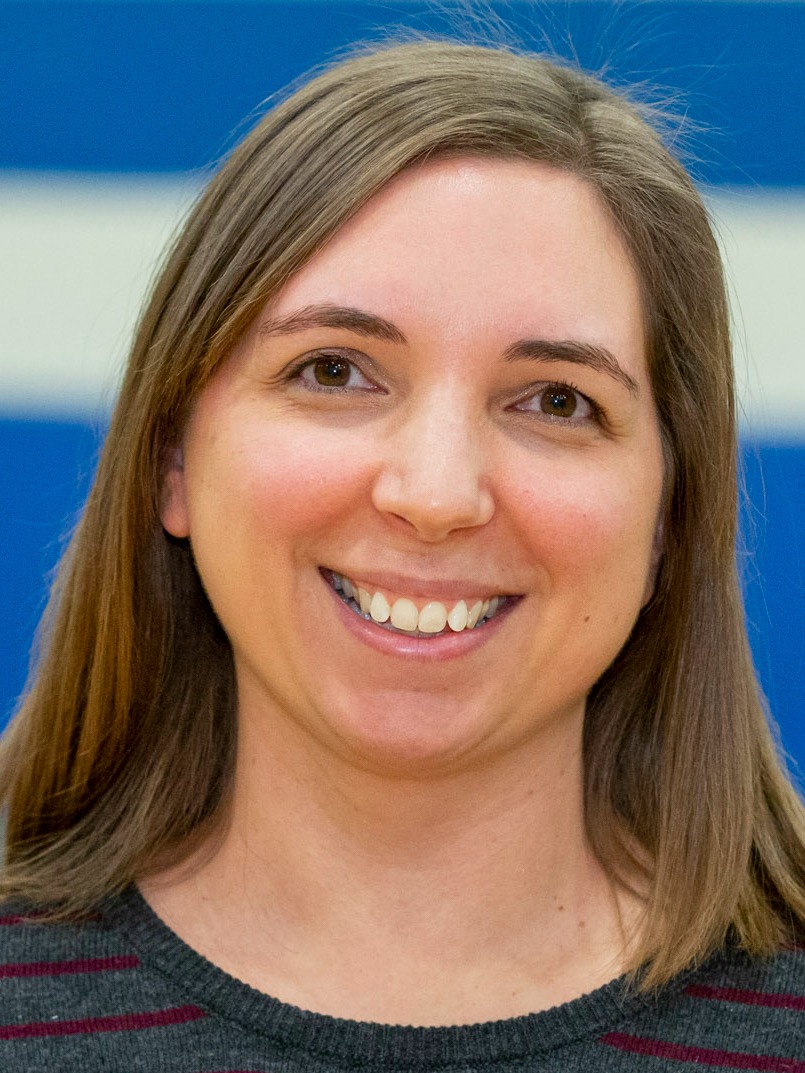