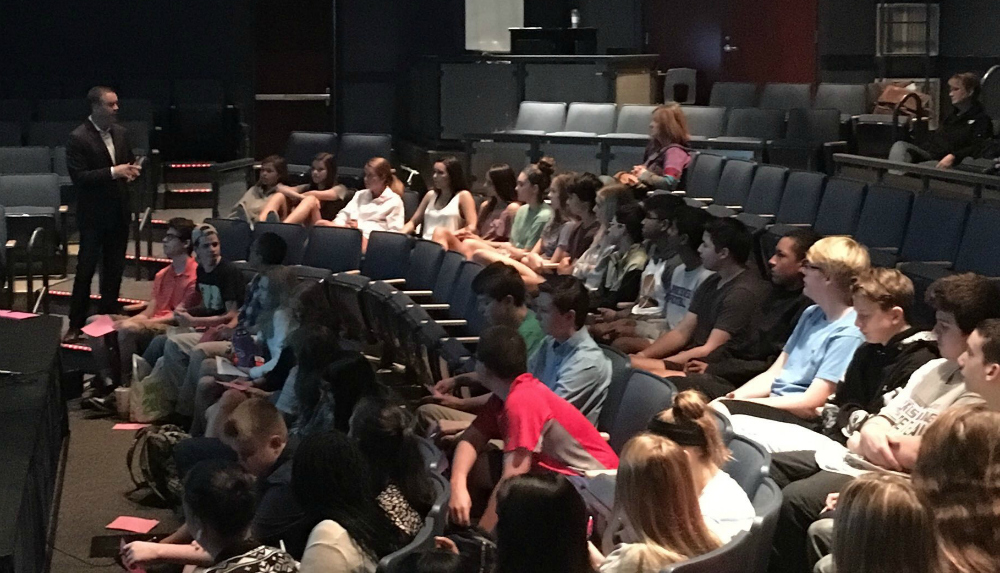 This is the third installment in Milken Educator Bill Smithyman's series about his work as a fellow with the Lowell Milken Center for Unsung Heroes and the projects his students researched this year.
Part 1 | Part 2

In October 2015, in a prelude to what would become the most memorable assembly of my teaching career, Lowell Milken told our school that students lack good role models. So true.

A year and a half later, half of our school's sophomores presented a "screening" of outstanding Unsung Hero projects to the most authentic audience an English teacher can hope for—family, friends, and the heroes themselves—as their final exam for the course.

On the day of the screening, I met a man who uses social media to ensure abandoned dogs go to good homes, keeping his shelter's no-kill status. Students introduced me to the family of a WWII pilot whose mid-flight quick thinking saved four other soldiers. I got teary with the family of a longtime football coach whose legacy inspired countless athletes to "just do what's right. Those three words." To say the least, I did not miss last year's bubble-sheet final exam.

My team made a critical choice early in our Unsung Hero project, allowing our students to choose local heroes from the present day in addition to historical figures. We knew that this would pose research difficulties, format difficulties, and ultimately disqualify our students from the Lowell Milken Center for Unsung Heroes cash awards. But after examining the ELA Common Core standards and the potential for on-level student motivation, we took the risk. I'm pleased to report that our kids identified, researched, and interacted with some of the greatest local role models they could possibly find, and that this authenticity has carried the project beyond the walls of my classroom. The minute we went beyond the confines of "school" in order to publish to a real audience in real time, student engagement shot through the roof. In the end, our students brought more than 60 powerful tributes to the heroes and/or their loved ones.

Our student projects were so powerful that they got the attention of the mayor's office. Next week, my teaching team will meet with city officials to discuss how the city can recognize the contributions of both these heroes and their creators. Our prediction is that the screening next year very well could incorporate this added recognition element. Negotiating the mayor's involvement, while exciting, will never be more important than the student experience itself—inspiring, authentic student interaction with living, local role models—but it might just inspire teachers see how rewarding a project like this can be.

“The Volunteer Corps sprang from a desire to promote service within our students….I thought it could be powerful for children to see that it really doesn’t matter how old you are or whether you have money—you can still help a cause that means something to you.” — Spotlight: Shelly Gaughan (TN '18) 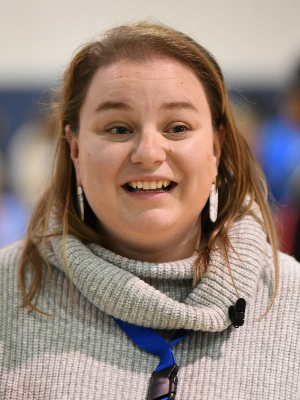