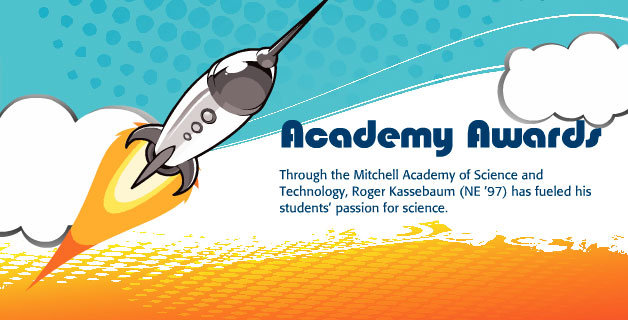 Roger Kassebaum first heard about the contest in mid-August 2007.

The X PRIZE Foundation — which had awarded multi-million-dollar prizes to innovators in areas ranging from space technology to genomics to automotive engineering — was going to be presenting a brand new award for high school students called the Pete Conrad Spirit of Innovation Award. Named after the famous astronaut — the third man ever to set foot on the moon — the award was to be given to a student team with the best innovative concept that would "benefit the personal spaceflight industry within the next 50 years." 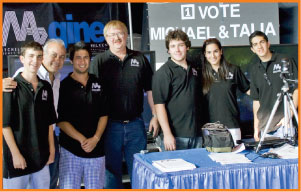 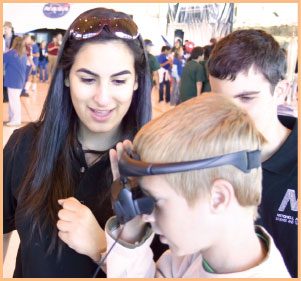 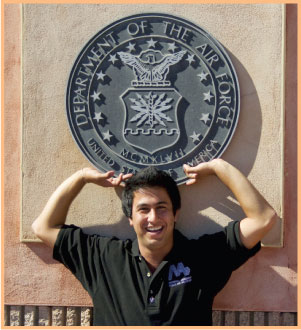 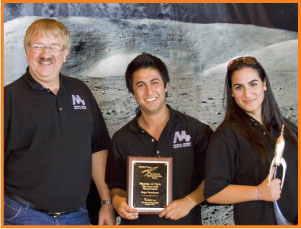 Kassebaum thought this would be an excellent opportunity for his students. As director of the Mitchell Academy of Science and Technology at Milken Community High School in Los Angeles, Kassebaum had encouraged many of his students to enter competitions in the past. On three occasions his students had reached the semifinals in the Intel Science Talent Search. He knew they had the ability and the passion to be competitive.

There was just one problem. The deadline was September 18 — less than a month away. School hadn't even started yet, and Kassebaum was about to leave on a trip to his home state of Nebraska, making him unavailable to his students for days. It seemed unlikely that they would be able to prepare a project in time, especially while dealing with the frenzy of going back to school.

But these were Mitchell Academy students.

They were already accustomed to performing university-level science research and were experienced in presenting their findings to others. They were also used to working together in teams. Despite the short window of time, they would in some ways be ahead of the game.

So Kassebaum sent an email to his students informing them of the Conrad Award and encouraging them to form teams on their own and begin working on projects to submit. By the time he returned from Nebraska, they had formed two teams and developed a number of ideas. Kassebaum worked with them over the next several weeks, and they successfully submitted their projects on time.

One of the teams was selected as a finalist in the competition. The two-student team, comprised of Michael Hakimi and Talia Nour-Omid, had developed a concept for goggles that would help space travelers monitor their vital signs. They had also created a physical prototype of their invention with limited functionality, as well as a business plan for marketing and selling their product, which was required by the contest.

As finalists, they traveled with Kassebaum to present their concept to over 85,000 attendees at the Wirefly X PRIZE Cup and Holloman Air & Space Expo in Las Cruces, New Mexico, in late October 2007. That Sunday, they learned that they had won the top prize, taking home $5,000, a trophy and a stratospheric level of pride.

It is said that success happens when opportunity meets preparation. The Pete Conrad Award was an opportunity. The preparation came from Mitchell Academy and its director, Roger Kassebaum.

The concept of the Mitchell Academy originated in 2001 after Kassebaum's second year as head of the science department at Milken Community High School (MCHS). He had been recruited by MCHS in 1999 after 13 years as a physics teacher at Millard North High School in Omaha, Nebraska.

In a meeting with MCHS's head of school, Dr. Rennie Wrubel, Kassebaum asked if his work was meeting her expectations and whether there was anything she felt he could or should be working on. He vividly remembers her response.

"Well, that's important," she told him, "but what's more important is, what do you think you should be working on?"

So he began telling her his ideas about a program that would provide opportunities for both students and teachers to work alongside university researchers in whatever scientific field they were interested in, from marine biology to brain trauma research. The program would also have an extracurricular component in which students would be encouraged to enter competitions, including the annual FIRST Robotics Competition, among others.

"When you win a competition or an award, there's a new level of self-expectation," said Kassebaum, who as a Milken Educator knows all about winning an award. "People give you accolades, but that raises your standards. You start expecting more of yourself. That's the culture I'm trying to promote, both among the science department and the student body."

Dr. Wrubel liked Kassebaum's ideas and asked him to write a proposal. Over the next couple of years, they developed the program further and acquired funding from the Edward D. and Anna Mitchell Family Foundation and the Kayla Mitchell Foundation. In 2004, the Mitchell Academy of Science and Technology was launched.

One of the central components of the Academy is a three-year honors elective class in scientific research, beginning in the sophomore year. Each subsequent year, students build upon the previous year's work, culminating in an oral presentation of their research as seniors at an annual end-of-year symposium.

Though most of the students' research is conducted at universities within the Los Angeles area — USC, Caltech, UCLA — some students have engaged in research opportunities outside California, and even outside the United States. One student has spent two summers engaged in cutting-edge nephrology research at The Technion, Israel's Institute of Technology in Haifa.

"It's amazing what young people can learn in that environment," said Kassebaum. "They just blossom."

Five of Kassebaum's students have had their work published in peer-reviewed scientific journals while still in high school. In many cases, the research they are conducting is so current that they become the world's expert in their particular area of focus.

Academy students also frequently enter competitions. In addition to the Intel Science Talent Search and the FIRST Robotics Competition, they have competed in the Toshiba/NSTA ExploraVision program, the Sally Ride TOYchallenge and the Weizmann Institute of Science's Shalhevet Freier Physics Tournament in Israel, in which students from around the world compete as safecrackers, using physics concepts to build and crack each other's safes. 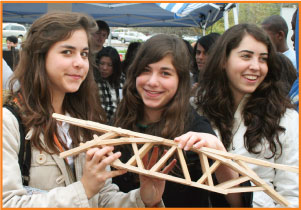 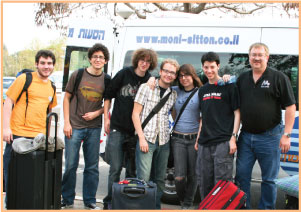 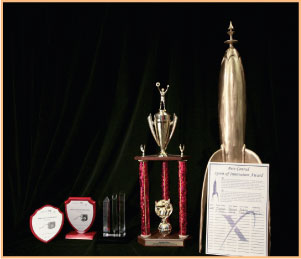 And then there's the Pete Conrad Spirit of Innovation Award, now administered by the Conrad Foundation, established by the astronaut's widow Nancy. This year's finalists were announced on February 1, and Mitchell Academy now has two teams among the 21 finalists: One has developed a concept for a "state-of-the-art space suit capable of performing crucial life support functions," the other a "railgun for moon launches."

UPDATE: Once again, a Mitchell Academy team won first place in the Pete Conrad Spirit of Innovation Awards, which took place April 4, 2009, during the Innovation Summit at the NASA Ames Research Center in Mountain View, California. Team Final Frontier Apparel won first place in the category of Personal Spaceflight for their innovation, "a state-of-the-art mechanical counter pressure space suit fitted with electro-muscle stimulation to maintain the astronaut's muscles, bones, blood vessels, and nerve cells in top condition." The other Mitchell Academy team, MAST, won third place in the category of Lunar Exploration for their "railgun for moon launches."

"I'm just trying to get kids fired up — and they are," said Kassebaum, noting that the only part of the Academy for which students receive a grade is the science research class. "Everything else they do, they do independently, on their own, because they love it."

It's that passion for science research that may be among the greatest gifts that students have gained from Kassebaum and the Mitchell Academy. In fact, sophomores who took the science research class for college credit have been more than happy to continue in the Academy regardless of whether they receive credit or not. There have even been students who may be unmotivated when it comes to completing regular coursework but who show intense motivation and commitment when it comes to doing science research after school.

"They were doing excellent graduate-level research," said Kassebaum, "but they weren't completing the class assignments required to get a good grade. I had a moral dilemma there: Even though the student was doing incredible work, I would have to give him a C."

For the most part, however, the students' passion for their work has translated into some impressive academic achievements. Six students from Milken Community High School were accepted to MIT earlier this year. Of these, five were participants in the Mitchell Academy.

"Our students know I couldn’t do what I do without them, so it was exciting to be able to celebrate together. I think the experience of seeing their principal recognized really helped them understand that sometimes life hands you an unexpected bonus when you’re in the right place at the right time, doing what you’re supposed to be doing." 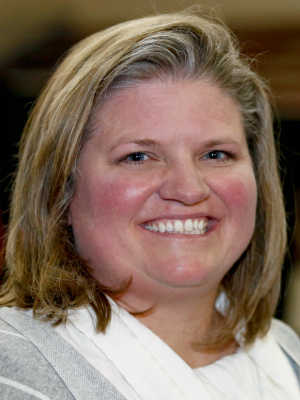