"You Can Solve the World's Problems Here"

MUST WATCH: Thomas Dennison (MD '16) delivered a message of hope and love at his surprise notification at Havre de Grace Elementary School.

Outstanding educators joined our family this week in Alabama, Georgia and Maryland. Read on to meet the newest Milken Educator Award recipients. 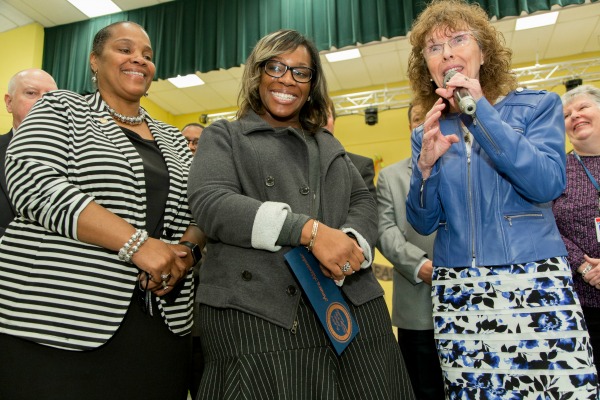 For Amara Alexander (AL '16), teaching science means much more than standing in front of the classroom. Her sixth-graders at Horizon Elementary School in Madison learn about science by dancing, singing, writing songs, researching, designing, building, and teaching their peers. Every year on Earth Day Amara invites a special guest to her classroom: veteran Milken Educator Dr. Tammy Alexander (AL '98, above left), also known as "Miss Alexander's mom." At this week's notification, Tammy waited in the wings until Amara's name was called to preserve the moment of surprise, then emerged to envelop Amara in a huge congratulatory hug. 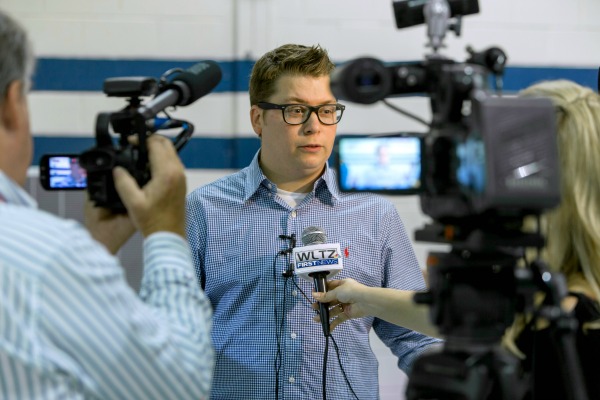 Eric Crouch (GA '16), who is teaching fifth grade this year at Double Churches Elementary in Columbus after years in first grade, has one rule for his students: Make Mr. Crouch proud of you. But he also encourages students to show their pride in each other. In his first-grade classroom, he rang a cowbell and shouted out students’ accomplishments. Now, students slam-dunk balls into a trash can when they meet their goals. When the can is filled, the class has a large celebration to mark reaching their collective goals. At his surprise notification, that pride, respect and love was clear. "I couldn't do this without these people right here," Eric said as he accepted his Award, gesturing to the students. "They're the reason why I'm here today." 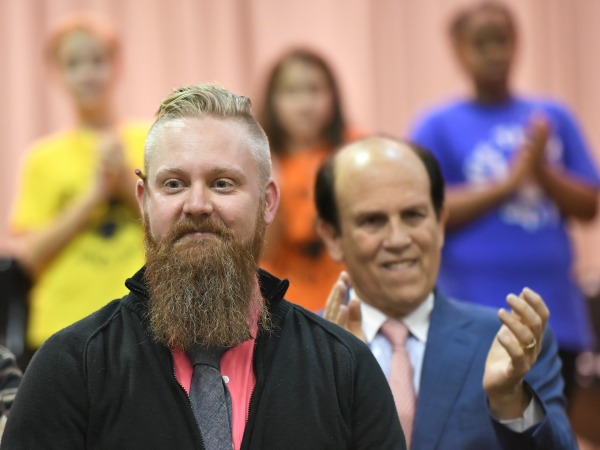 Thomas Dennison (MD '16) has taught multiple grades during his 14 years at Havre de Grace Elementary School and says he plans to be there for decades to come. A fixture in the community with four children of his own, Thomas goes to students' sporting events, sees them at the park, and attends church with them; former students have described him as the teacher who changed their lives. Thomas was so emotional when his name was called that he sank to the floor for a long moment before moving to the front of the assembly to shake Mike Milken's hand. Thomas' daughter Samantha is a second-grader at the school, and her dad gave her a huge hug and a shout-out from the microphone. After the assembly, Thomas gathered his students around him, pulled out his phone, and let his class help him break the good news to his wife via FaceTime.