"Y'all Really Got Me Good on This One"

Principal Chandler Smith (LA '15) thought Wednesday's assembly at Plaquemine High School would celebrate the school's achievements in college and career readiness. He had no idea he would end up as the center of attention—"Y'all really got me good on this one," he told the crowd. Watch his humble reaction as he receives his Milken Educator Award.
Dear Milken Educators and Champions of Education,

The element of surprise: It's one of our favorite parts of the Milken Educator Awards. Me? Did they just call...me? There's nothing like the looks on the winners' faces when they realize their ears are working just fine and the sudden standing ovation is, in fact, all theirs. 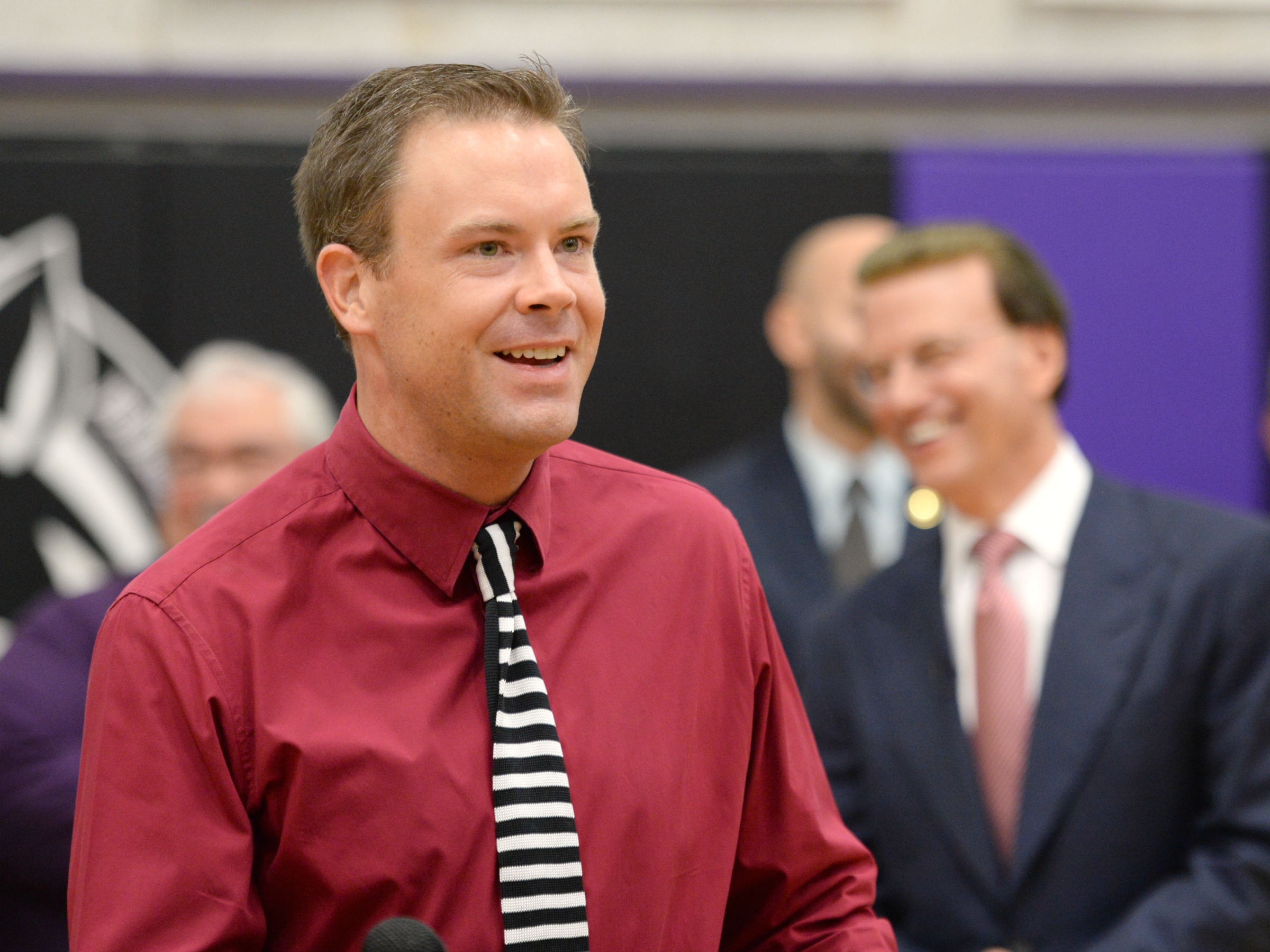 An ELA teacher at Blue Valley Northwest High School in Overland Park, Smithyman believes students should write on a daily basis. He has an ongoing classroom blogging project where he posts a daily prompt; students must respond without repeating any previous answers. Former students often return to visit, saying Smithyman is the reason they feel well prepared for college and comfortable taking high-stakes tests. So what's Smithyman planning to do with his Milken Educator Award money? "I really need new kitchen countertops," he says. Photo gallery | Video 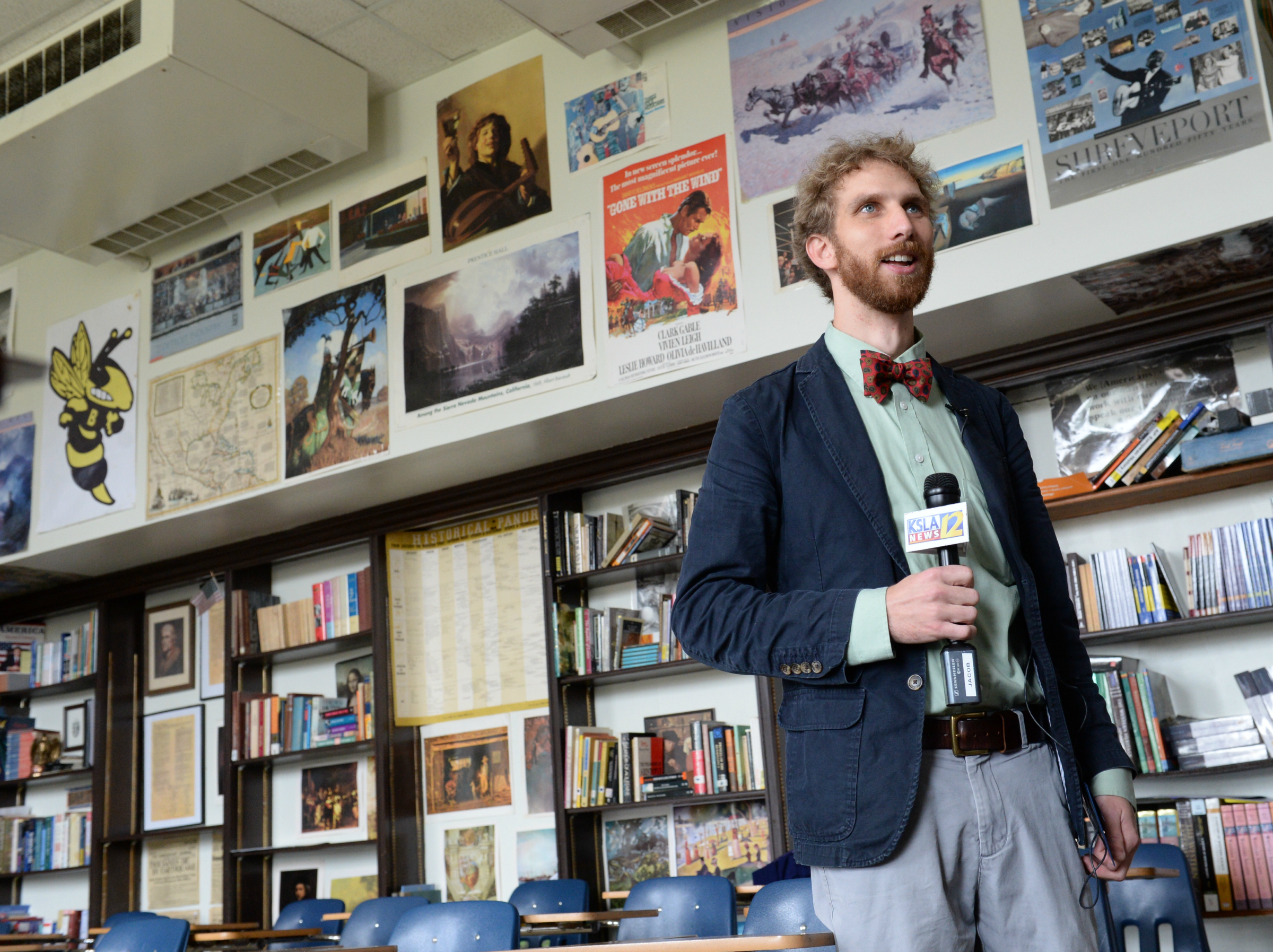 John Lary, who teaches AP European and U.S. history at C.E. Byrd High School in Shreveport, stocks his classroom with books, old posters and historical memorabilia to bring history alive for his students. Both of Lary's maternal grandparents were teachers; he credits them as a huge influence on his decision to become an educator. Photo gallery | Video 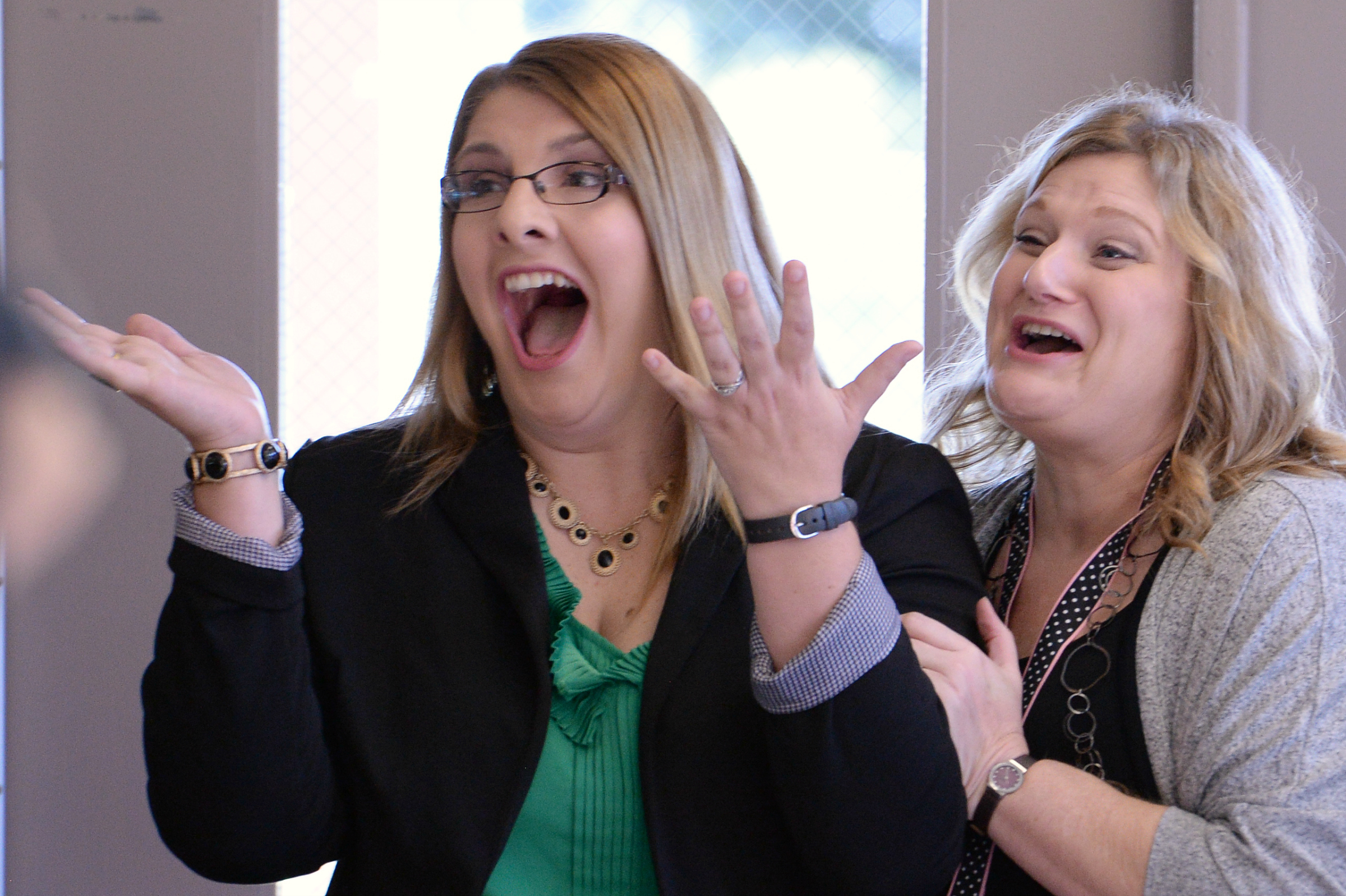 In 2009, two years before Jessica Major joined the faculty at Port Allen Middle, the school was on the Louisiana Department of Education’s Academic Watch list for low achievement. Major came as a master teacher after Port Allen Middle School adopted TAP: The System for Teacher and Student Advancement, an initiative of the National Institute for Excellence in Teaching (NIET). The TAP System creates an environment of increased teacher leadership, ongoing professional development, educator observation, sharing and feedback, and competitive compensation. As a result of Major and her team’s work, test scores had jumped almost 22 points by 2013—the highest ever in the school’s history. Photo gallery | Video 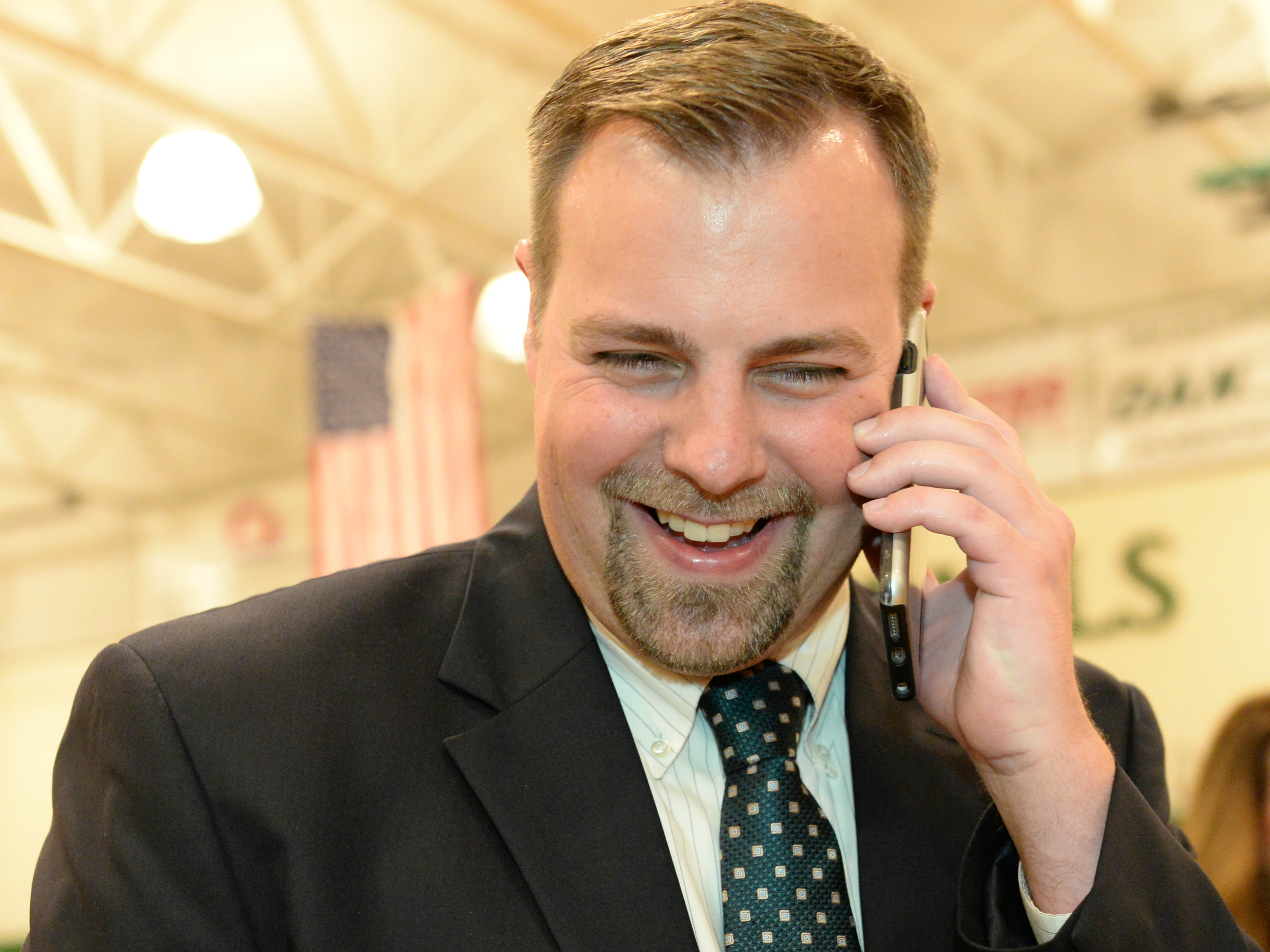 Chandler Smith has accomplished much in his short tenure as principal at Plaquemine High School. He was a panelist for U.S. Department of Education regional state meetings on reading and one of 100 principals selected to the Louisiana Principal Fellowship, a 16-month program designed to give school leaders the critical knowledge and skills to be instructional leaders and improve student achievement. He took a moment after his surprise Award to call his mom with the good news. Photo gallery | Video 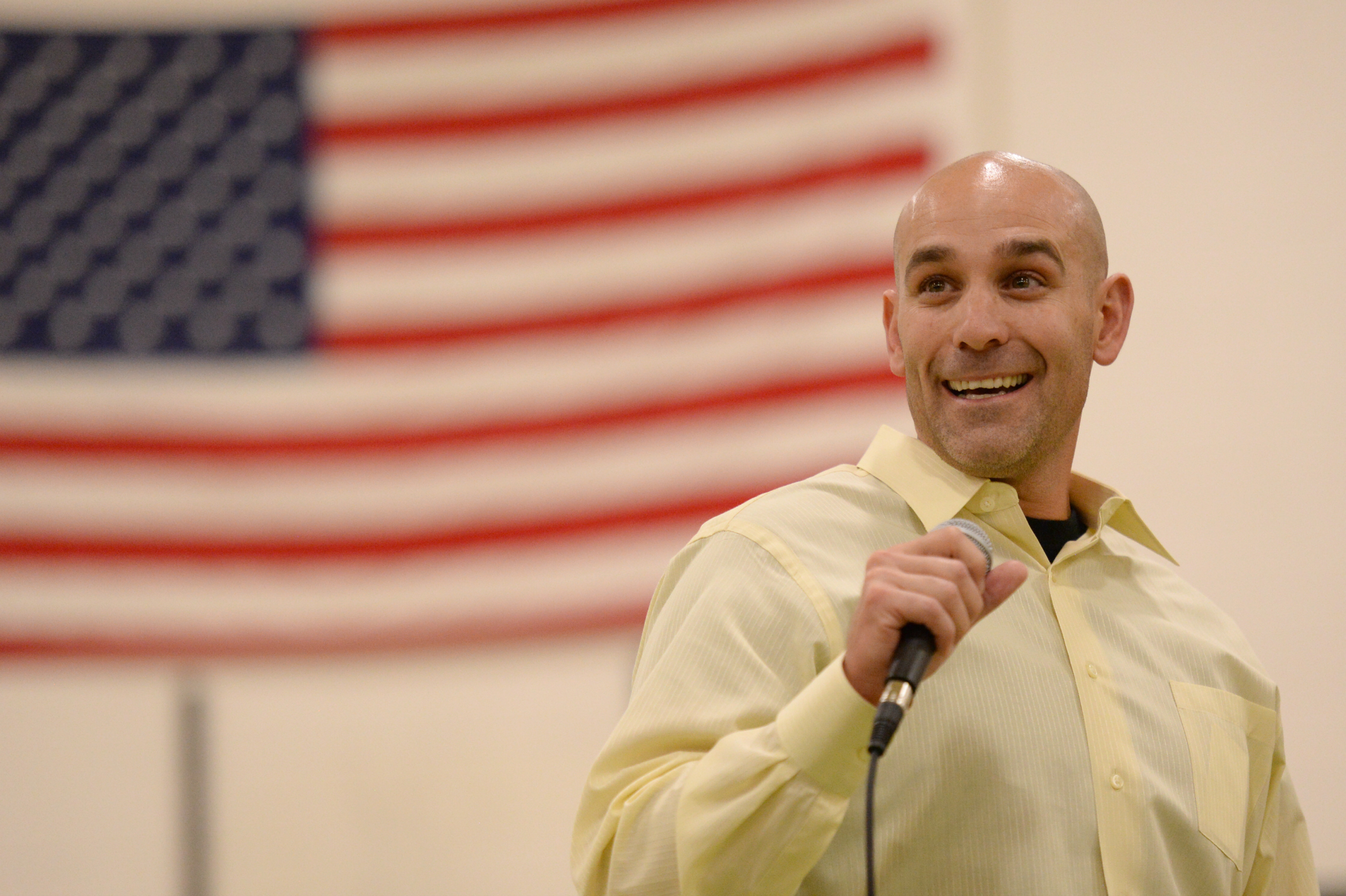 Ryan Moore turned to teaching after stints in the U.S. Army and as a Colorado Department of Corrections officer. At Liberty Point International School he's known as a highly creative teacher who focuses on real-world applications of science. He's paired students for genealogy exercises, encouraging them to imagine what their offspring would look like; incorporated ping-pong into a class on Newton's Laws; dressed up as George Mendel when teaching genetics; and taught atomic structure using black lights and glow-in-the-dark constellations. Moore shared a special moment after the assembly with his daughter Rhyan, an eighth grader at Liberty Point, who witnessed her dad's special moment. Photo gallery | Video

WE NEED YOUR INPUT: We're considering creating a Facebook Group to help you stay connected with other Milken Educators around the U.S. Would you find that useful? We'd love your thoughts. Tell us on Facebook, Twitter or by email.