Newest Milken Educator Jenna White (AK ’14) is thanked by military personnel at Elmendorf Air Force Base in Anchorage, Alaska, for her work at Orion Elementary.

Tomorrow is Veterans Day, a time when we honor and celebrate the men and women who have served and sacrificed for our nation. They have given of themselves to protect the ideals that America holds dear and to keep the American dream alive for future generations. With much gratitude to our military heroes, the Milken Family Foundation works hard at helping future generations achieve the American dream through the empowerment that comes from a great education. In their own way, educators are on the frontlines of the battle for our future here at home.

Over the last two weeks, we recognized four more outstanding educators—including the first ever to be recognized in a military base school—with a very public “thank you” and many veteran Milken Educators on hand to help welcome them to the family. Here is just a brief introduction to the incredible work they do. 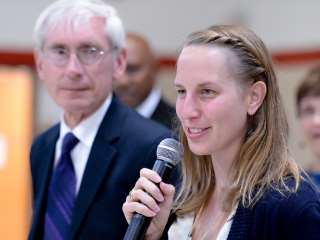 Josie Guiney Igielski of Lincoln Elementary School in Madison, Wisconsin, believes in a “whole child” philosophy to develop the future leaders in her classroom. Employing various approaches that involve students, parents and real-world applications, Josie is known as an out-of-the-box thinker. She credits her principal (video) with allowing the Lincoln staff to dream big. Coincidentally—although perhaps not surprisingly—that principal is Milken Educator Deborah Hoffman (WI ’00), who helped Dr. Jane Foley (IN ’94) spring the career-changing surprise (photos). 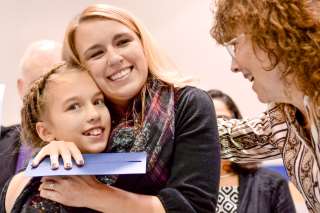 If Angela Harvala (MN ’14) ever needs a reminder of whose future she’s working for so tirelessly, she doesn’t have to go far. Her daughter Aubrey attends school at North Elementary School in Princeton, Minnesota, where Angela teaches. Aubrey was an unsuspecting student at her mom’s surprise assembly when Dr. Jane Foley called her up to share the moment (photos). Angela was inspired to “make a difference” in the lives of children by teachers who made a difference in hers. Now, she is known as a “data geek” who uses any data she can to individualize instruction for her students, whom she described as “amazing” when she accepted her Milken Educator Award (video). 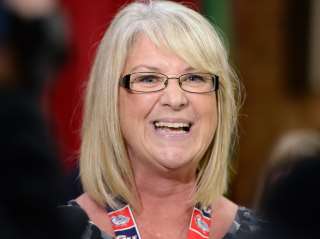 Karen Krantz’s notification turned into a small 20-year reunion for Dr. Jane Foley (IN ’94), who was joined by Dr. Irene Gonzalez (WA ’94) and Janet Steele (WA ’94). They were just some of the VIPs on hand (photos) to thank Karen for the outstanding work she’s been doing at Adams Elementary School in Spokane, Washington. Karen is known for her success at involving students, raising their own expectations and being effective with even the most at-risk children. That she is helping shape the next generation of American leaders is evident today; her students are frequently sought out for leadership roles on campus. Students clearly appreciate the effort she puts forth and the impact she’s having. Just ask Dimitri Hagan, the student that runs to hug Karen (video) before she can even get over the shock of hearing her name.

And just in time for Veterans Day… 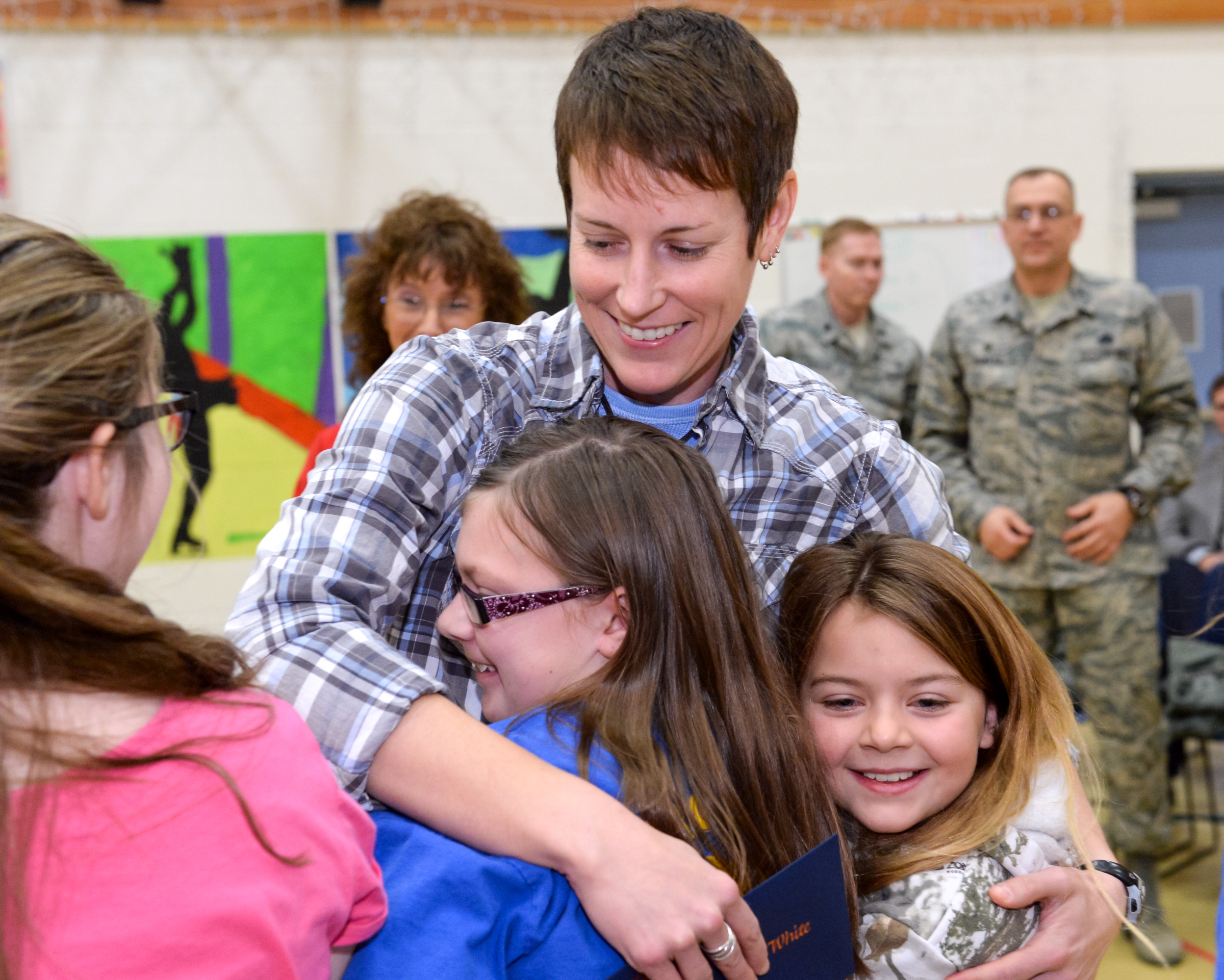 Last Friday, we traveled to Elmendorf Air Force Base in Anchorage, Alaska, home of Orion Elementary School and their outstanding physical education teacher, Jenna White. Jenna is a military veteran and served as a member of the Arkansas Air National Guard as part of the 189th Airlift Wing. She was stationed at Little Rock Air Force Base before moving to Alaska to teach. Jenna uses P.E. to teach lessons valuable for every aspect of life, such as goal-setting and overcoming challenges both literally—when she actually sets up obstacle courses—and metaphorically. Active members of the U.S. Army and Air Force were on hand to personally thank Jenna (photos) for her efforts in creating a better future for the nation that they defend. Jenna got a standing ovation from her colleagues and a bevy of high-fives (video) as she came up to accept her award on her own home court: the Orion Elementary gymnasium.

The Milken Family Foundation wishes all of our servicemen and servicewomen and their families a very happy Veterans Day. We also send a very special double thank-you to the Milken Educators like Jenna who choose to continue to give back to this nation as teachers after proudly serving in the military.